His role in the famous 1932 Kinder Scout Trespass made Benny Rothman the best known rambler ever. Yet his actions were only one part of the struggle for the Right to Roam.

Which is why it is so great to be able to pick up, especially as it is crammed with some terrific black and white photographs, this book. CLARION CALL celebrates the role played by the early members of Sheffield Clarion Ramblers’ Group (SCRG), which ran from 1900 to 2015, in the century-long successful battle for the creation of our national parks and moorland access.

Ward began work as an errand boy before serving an apprenticeship and qualifying as an engineer fitter. In 1897 he joined the Sheffield No. 1 branch of the Amalgamated Society of Engineers, holding various union posts. He later worked as a fitter at Kelham Island Power Station till 1912. He was active in trade union affairs but his main love was rambling. “Some of us have found our Socialism in the picture of the countryside.”

Ward organised the first Sheffield Clarion ramble, attended by 14 people, on Sunday 2 September 1900. He began publishing an annual Clarion Ramblers Handbook in 1901. They remain a treasure trove of local history and folklore.

Diver, a bricklayer who held numerous elected union posts, was the first official Labour candidate in Sheffield and was almost elected in Darnall Ward. He was blacklisted because of his labour movement activities. Diver was a keen amateur photographer and his first photograph appears in the 1907 Clarion Handbook. Taking photographs involved carrying a heavy wooden camera and glass plates over many miles of inhospitable moorland. This makes the photographs, many published for the first time ever in this book, particularly remarkable.

Taking a train from Sheffield Mainland on Sunday mornings into the countryside, SCRG organised rambles in all weathers and across all kinds of terrain including woods with delightful brooks, packed with bees, bird and butterflies as well as deserted snowy hillsides. Guide leaders would provide commentary throughout the ramble.

Some of the rambles involved breaking the trespass laws. The increasing popularity of rambling meant that by 1932 trespassing on Kinder Scout was not unusual.

Ward though did not take part in the 1932 Mass Trespass. He had been issued in 1923 with a writ by James Watt, an owner of part of Kinder Scout, barring him from going there. When Rothman and four other young men were sent to jail, Ward identified strongly with them.

In Rothman’s case it was a one-off event. He later admitted that it was mistake not to have carried on with the access campaign that had to wait another 50 years to be restarted by the Sheffield Campaign for Access to Moorland (SCAM), which all three authors of this book were active in, whose members started trespassing on all the non-access moorlands of the National Peak. With the passing of the Countryside Rights of Way Act of 2000 access to open country was eventually achieved. It was a famous victory made possible thanks to the pioneering efforts of those early SCRG members. Well done to Sissons, Howard and Smith from bringing them back to life in this marvellous publication. 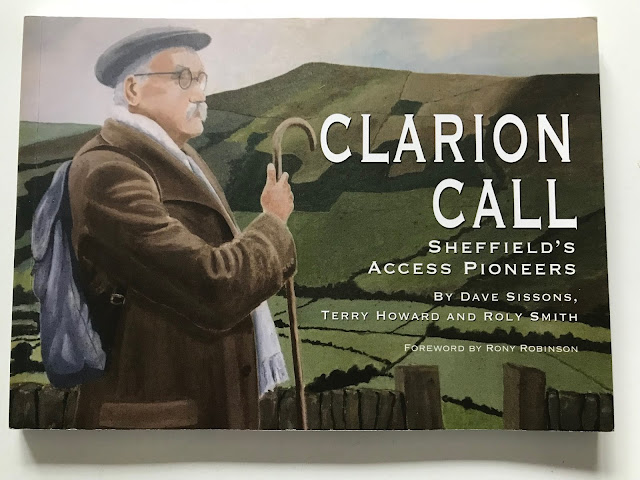 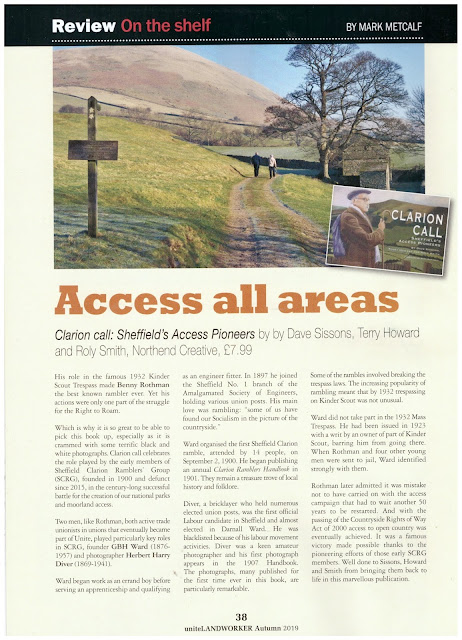