Cameron cuts red tape to boost food exports
Critics say UK should grow more of its own
The government has defended its decision to prioritise food exports after a former agricultural policy adviser urged it to switch attention towards home production. Charlie Clutterbuck said doing so would reduce Britain’s reliance on overseas produce and boost the trade balance.
Clutterbuck, a Lancashire soil scientist, spoke to Big Issue North after David Cameron announced plans for fewer farm inspections, an increase in the number of Protected Food Names from 63 to 200 and the creation of a Food Innovation Network to give small to medium enterprises access to new science and technology. The prime minister claimed this would “help British farmers grow and sell more food by liberating them from red tape and opening up new multi-million pound export markets”.
Downing Street predicted the changes would boost annual food and farming exports by £7 billion, which is just over a third of the current total of £19 billion, a quarter of which is accounted for by Scotch whisky. Britain has a £21 billion annual food deficit.
Clutterbuck, who was a former special adviser to the Department of Environment, Food and Rural Affairs (Defra) Select Committee in 2008-10, has often spoken about his fears that Britain is too reliant on imports for its food, with 40 per cent of what we consume coming from abroad. Thirty years ago the figure was 25 per cent.
Many small, local, projects aimed at boosting food production are supported by Clutterbuck. These include the Incredible Edible Farm at Todmorden, where he is a board member. He has also mapped out the Ribble and Calder Valleys in Lancashire and Yorkshire to highlight how the land there could be used to grow more fruit and vegetables.
“Repeating mistakes’
“The prime minister is repeating the mistakes of the past by bowing down to the markets on food production,” Clutterbuck told Big Issue North.
“The Common Agricultural Policy (CAP) currently accounts for 40 per cent of the entire EU budget, yet much of the £50 billion spent annually produces no food as it goes to large landowners. I want to see much of the £15 billion available under CAP in England over the next seven years going to local producers who are setting up local food chains to ensure people eat fresher, locally produced, food, which is much better for them. Numerous projects such as Sustainable Food for Lancashire show this can be done.”
Clutterbuck also supports food policy professor Tim Lang of City University London, who contends that much of Britain’s current exports is processed food that has “caused premature mortality here and which will merely export the causes of health service stress to other countries”. Lang wants to see investment in horticulture as part of a plan to place fruit and vegetables at the heart
of the food system. Britain produces just 12 per cent of its fresh fruit and 58 per cent of its vegetables. Combined imports of both are £8 billion annually.
“When I was a child there were apples from right across the UK – not now,” said Clutterbuck. “Most of our fruit and vegetables can be grown here, why not do so through local initiatives that can then be linked to local food banks? Tinned products, currently distributed there, can be replaced with vouchers for fresh fruit and vegetables to be redeemed in local shops.
“The government should provide greater assistance to local food growing initiatives. They could co-ordinate and advertise a national list while also providing business expertise and scientists who can help with soil measurements and pest control. We can increase employment through growing healthier food, the sales of which will reduce our imports and cut our food trade deficit.”
Local shops
Lang and Clutterbuck’s concerns were put to Defra in a series of questions. They asked if the government should be doing more to shorten the links between consumers and producers of food, including considering a national food bank voucher system redeemable in local shops for fruit and vegetables. They also asked whether Britain is over-reliant on food imports and requested the research papers that justified Cameron’s claim that the new plans will boost exports by over a third. No research papers were sent.
Big Issue North approached Defra, whose spokesperson largely repeated Cameron’s original points. “We are creating a stronger brand for British food and drink to promote our produce abroad.... the UK is a world- leader in agri-tech and the government has invested millions in research to ensure we can meet future demand for food,” said the spokesperson.
Clutterbuck said he is disappointed by “what appears to be a lack of vision by the government over food production, distribution and consumption”.

The government has been accused by farmers of letting them down by failing to keep to a commitment to ensure Britain’s food producers are prioritised when public sector food contracts are awarded.
A government- commissioned report by Dr Peter Bonfield last year set out a plan for public sector procurement for food and catering. This included considering the ethical and environmental credentials of food producers and “working with the food industry, researchers and farmers to support opportunities for British-grown produce and food”.
Bonfield had to be mindful of EU legislation that prevents anti-competitive practices but he pointed out that the public sector spends £2.4 billion annually procuring food and catering services. The public sector was estimated to spend £0.6 billion on imported produce.
Bonfield’s recommendations were welcomed by David Cameron, who said: “I want to ensure money is spent on nutritious and sustainable food, delivered by Britain’s rural economy... Central government departments are already committed to using this procurement framework – and I expect many hospitals and schools to do the same.”
‘All mouth, no trousers’
Last month the Tenant Farmers Association (TFA) criticised the government for lacking commitment.

Its chairman Stephen Wyrill said: “The British government has been all mouth and no trousers on its food procurement policy. No progress has been made in implementing the Bonfield report.”
In response to this complaint – and the plight of dairy farmers struggling with low milk prices – Elizabeth Truss, environment secretary, claimed there would be a “new review of public sector food-buying habits, including hospitals, schools and prisons, to understand where more support could be offered”.
But TFA chief executive George Dunn asked: “Why are we still waiting? Has anything been achieved since 2014? Are there moves to draw up practical plans in all food sectors for public sector procurement?”
Big Issue North put these points to Truss’s department, which replied by sending her earlier statement.


“Nice words butter no parsnips. We require action,” said Dunn.
Posted by Mark at 06:38 No comments: 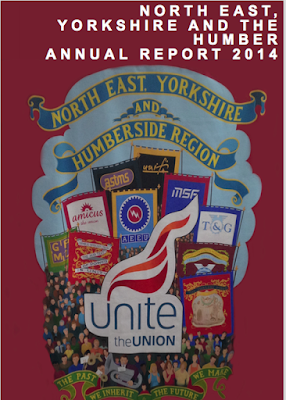 Articles by Mark Metcalf and photographs by Mark Harvey. Released earlier this year. 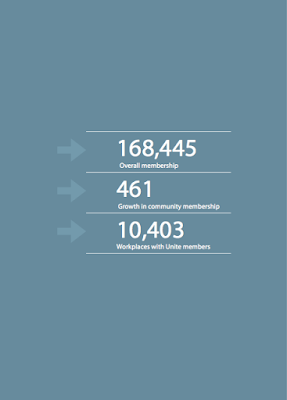 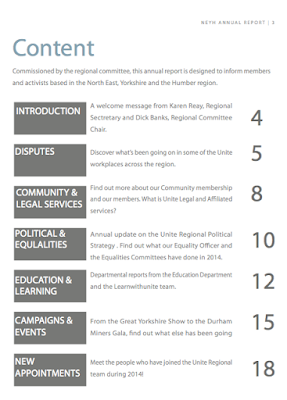 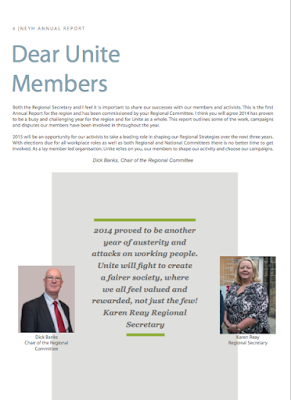 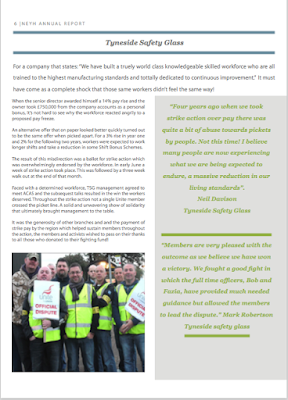 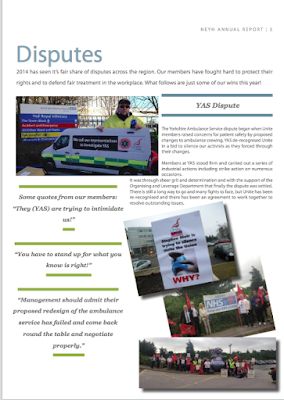 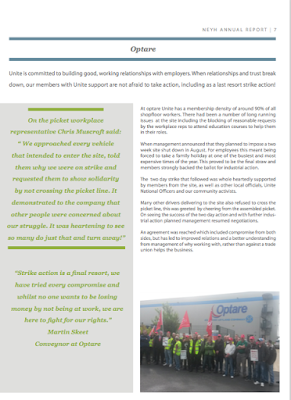 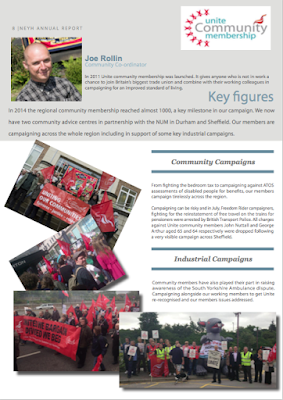 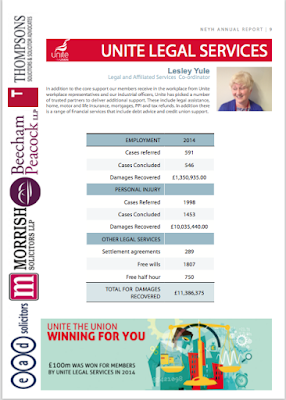 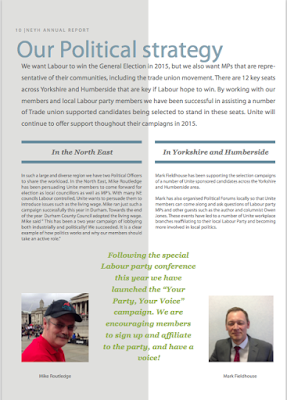 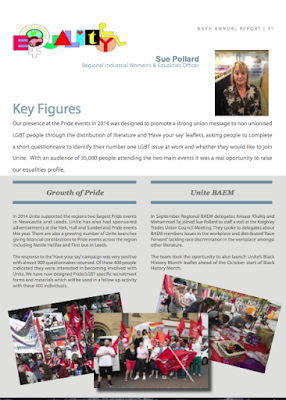 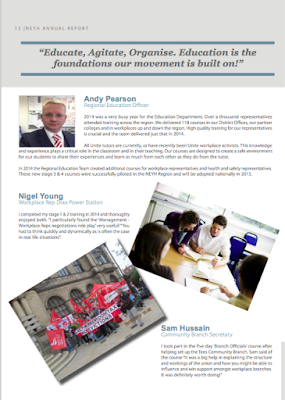 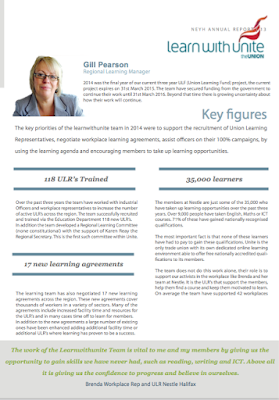 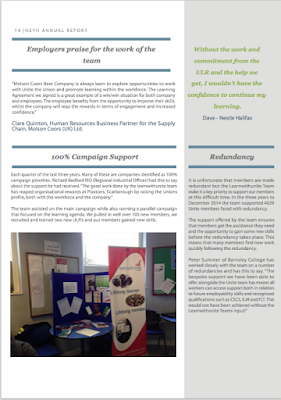 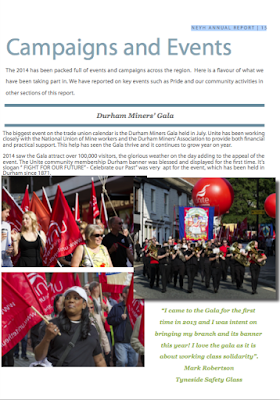 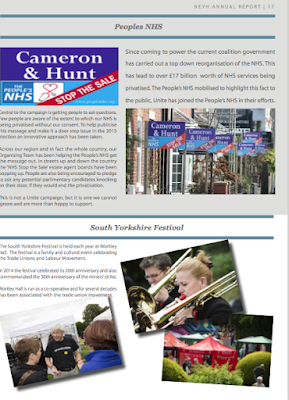 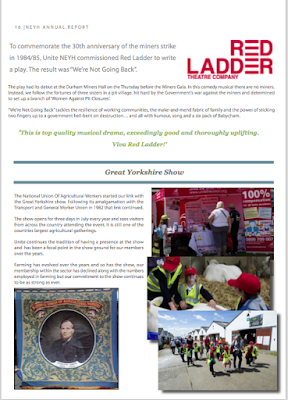 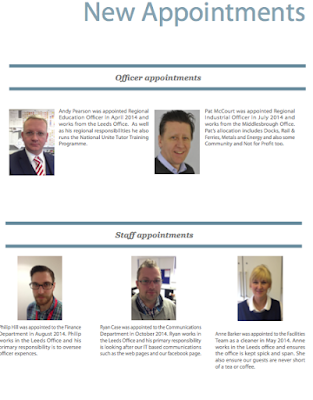 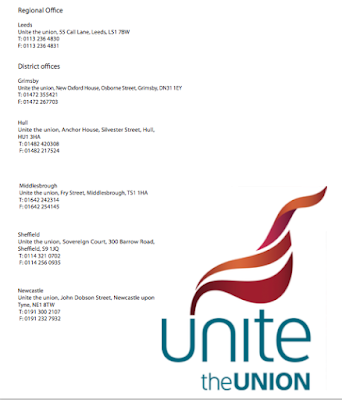 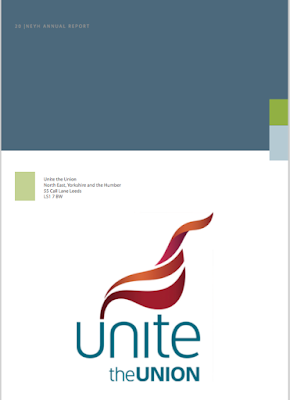 
Youtube - Ellen Strange Commemoration
Posted by Mark at 05:00 No comments: