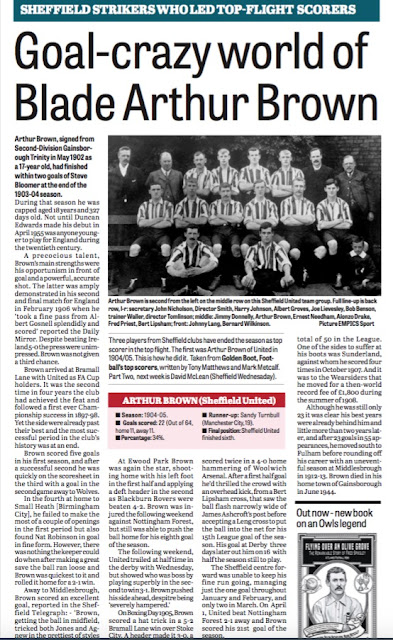 Plaque to first ever League scorer set to be unveiled.

Who did I pick as my worst Sunderland player in the last ten years in my weekly Yahoo Sports Column?

Is Wayne Rooney a negative on the England team? Yahoo Sports Question of the week 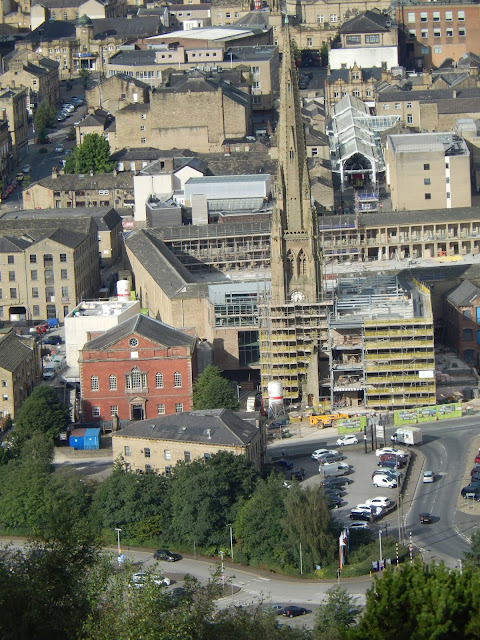 REMAIN, DON'T DETAIN
Two campaigns against immigration detention
Legal aid cuts hinder asylum seeker justice
BIG ISSUE NORTH 29 AUG - 4 SEPT
Two new campaigns against immigration detention will be launched this weekend at a conference in Manchester. The gathering, by members of the Right to Remain (R2R) organisation, takes place after successive governments have extended immigration controls from the point of entry into local communities and workplaces.
The numbers being placed in immigration detention centres have leapt in the last two decades from 300 at any one time to around 3,000. Last year more than 32,000 people were locked up on occasions in places such as Yarl’s Wood Immigration Removal Centre and Pennine House at Manchester Airport.
'Appalling conditions'
According to Michael Collins, Right to Remain co-ordinator: “Many of those detained have actually got a right to be in the UK. Unfortunately, because of cuts to legal aid, access to justice in the legal system has been stripped away, especially for people on meagre incomes.
“Inexperienced civil servants are making decisions on people and taking away their liberties even though they’ve done nothing wrong. People are moved hundreds of miles from friends and family.
Also, while detainees seek to get solicitors to represent them they can be confined indefinitely as the UK is the only European country not to have set a time limit on detention.
“Many people have rightly been campaigning against the appalling conditions at the detention centres. We now want to build new local campaigns in Manchester and Liverpool against detention. These will be called These Walls Must Fall. We aim to get civil society to say it is unacceptable for so many people to be detained without a time limit being set.”
Aderonke Apata, currently seeking asylum in the UK, fled Nigeria in 2004 after her partner was murdered because of her sexuality and Aderonke had a death sentence imposed on her by a sharia court. When she was detained in Yarl’s Wood detention centre in Bedfordshire in 2011 she claims to have experienced homophobic abuse and intimidation on a regular basis. Other lesbian detainees who she befriended were attacked.
Apata stayed in the detention centre for almost a year and fears she could be returned at any time.
She helped launch African Rainbow Family (AFR), which supports LGBT people of African heritage.
Aderonke and AFR both contributed to the 2016 All Party Parliamentary Group on Global LGBT Rights report.
This recognised that “the decision-making process needs to be improved in assessing LGBT asylum
cases through improved staff training, potentially appointing specialist caseworkers for LGBT asylum cases”.
This recognised that “the decision-making process needs to be improved in assessing LGBT asylum
cases through improved staff training, potentially appointing specialist caseworkers for LGBT asylum cases”. Aderonke wants to build on the inquiry’s recommendations. “I wish to raise awareness amongst immigration decision makers so that they can properly understand that the culture of many asylum seekers and detainees is different to their own. For example, it is not the practice in Africa for people to look directly at people and to make eye contact. In Britain anyone who doesn’t do this can be seen as shifty, disrespectful and untrustworthy. This can lead to decisions wrongly going against applicants who are applying to stay in the UK.
“LGBT people are being detained unnecessarily as there is no way they can be sent back to places they have come from because it is not safe to live there. Being detained ruins people’s mental health and means when they do return to society they struggle to integrate into the local community.
It costs £33,000 a year to detain someone and this money could be used more effectively.
“This Saturday I am establishing the We Rise: LGBT Asylum Seekers Campaign as what we need is more people openly involved and campaigning for their rights. It is an issue we need to make much more important.”
Collins said: “Aderonke is a massive inspiration to so many people. It will be great for everyone to hear her speak as part of a packed programme of events.”


These events include a workshop by Refugee InfoBus people from Calais, who are organising know-your-rights sessions for refugees in the Calais Jungle and also seeking to establish new groups in northern cities to welcome refugees when they get here. 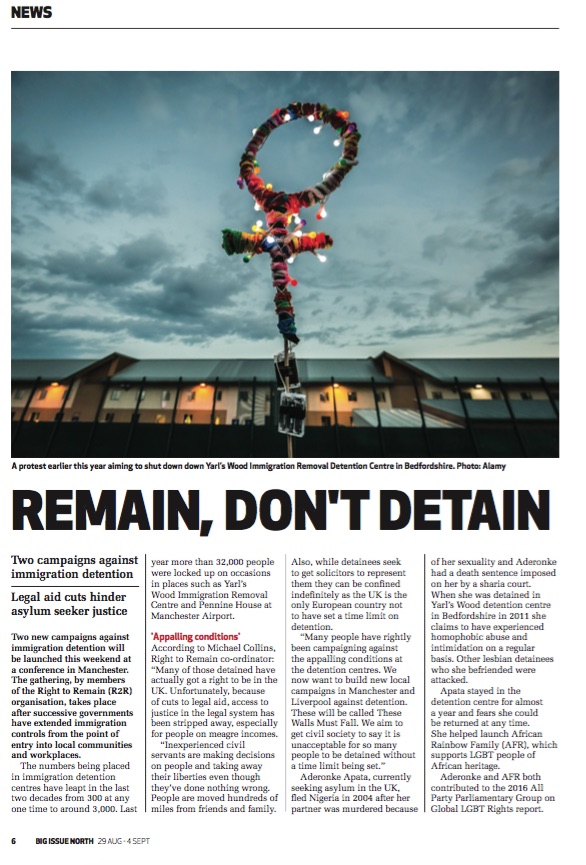