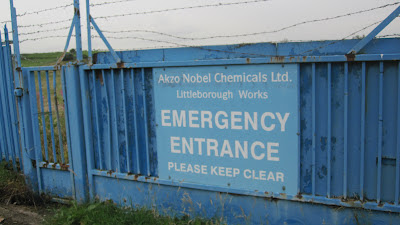 Plans to build 174 homes on the site of a former chemical works are causing concerns amongst Littleborough residents who fear it remains unfit for human habitation.

One of them, a builder has questioned whether the proposed ground cover will be strong enough to prevent a surface break and the possible release of toxins.

Countryside Properties(CP) has now received approval from Rochdale Borough Council to start construction. The company must purchase the land before going ahead. 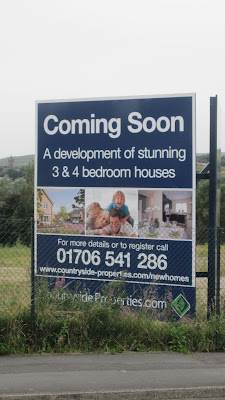 An AN spokesperson said they had no remaining liability at Littleborough and had undertaken remedial work in all but the ‘island site.’ Rochdale Council has identified this as being ‘historically used by AN for tipping waste materials until it was partially capped in 1970 and later landscaped.’ According to the Council the remedial works undertaken by Woodford included the former waste area.

The Akzo Nobel spokesperson did however confirm “it was possible that drums had been buried on the Littleborough site many years ago. If there are any still there thenthey do not pose a risk as the site has been cleaned.”

Any chemicals poured down the mining shafts he said had also been removed before the company departed.

Despite these assurances a local builder, who did not wish to be named, said: “I am concerned the plans are for 200 mm of crushed stone and 600 mm of top soil to be used to cover a potentially dangerous site. I believe there should be a two metre covering of clay, which will cost a lot more but will prevent surface breaking.”

The lack of a complete map of the underground workings has also raised concerns. Evans believes the council is willing to overlook regulations requiring a minimum cover over any cavity of ten times its depth. Evans and Barry Cropper, a magistrate and local resident, fear there may be a major underground fall and they want a more extensive survey undertaken before the housing building programme commences.
Rochdale Council’s spokeperson said: “The majority of UK mine workings are not recorded and it is common to redevelop former colliery sites.”

Rochdale councillors having agreed to support the plans and the way is clear for Countryside Properties to build the new houses in the next three years.

SEX, RACE and CLASS
The perspective of winning
A selection of writings 1952-2011
Selma James
PM Press

American Selma James is one of the co-organisers at the Crossroad’s Women’s Centre in Camden, London. This was opened by the Wages for Housework Campaign in 1975, and is possibly the oldest women’s centre in the UK.

‘Invest in caring not killing’ is Selma James strategy for revolutionary change and this selection of her writings since 1952 includes a redefinition of the working class to include sectors previously dismissed as ‘marginal.’

Marxist historian CLR James asked me to write it after I told him about the important role played by housewives in the production process. I was a housewife as I was married to a machinist, had a young son and worked in a factory.

I felt that as well as looking after children, housewives worked by repairing men who had spent at least 8 ½ hours of their lives every day on a soul-destroying production line.

Why did your ‘wages for housework’ proposal to a 1972 women’s liberation conference prove explosive?

It was because it meant dealing for the first time with housework. Which was absolutely central to every woman’s life - including those who had found work as professionals, as they had done so in order to escape it!

The question was how do you deal with this as a political movement? Some women said ‘make believe it does not exist.’ But this was not an abstraction or an idea or a TV series. It was life and that’s a very explosive fact. If we raise kids, we have a right to a living wage.

Isn’t your belief in exploited sectors organising autonomously a recipe for permanent division?

What’s behind your statement that ‘with women there is no separation between living and working?’

We work for 24 hours a day, do two-thirds of the world’s work but receive less than 10% of world income and own under 1% of world assets.

Work we do includes constant relationship building between sister and brother, father and infant and that requires hard, physical labour in which you give yourself away. That is the work of reproduction and in the Third World it also means growing the food and then processing it as the people you love need that food and this is the only way to get it to them.

When many western women’s organisations scoffed at participating in the UN Decade for Women (1975-85) you were heavily involved, why?

The idea that all government’s were meeting together to discuss women and we would not be there to influence them, to protest or to tell them we love them as we need something from them?  It’s absurd.

People with power can turn it down. Those without it or not much - we are not so delicate.  Women from third world countries walked and scrapped together bus fares to get to those conferences. In Kenya in 1985, women we met said ‘thank you for coming, because we work so hard and you will tell them about how hard our life is.’ We had to be there!

Our work also helped develop international links. These have proved essential in the subsequent development of the Global Women’s Strike network that seeks to gain recognition and payment for all caring work. Funds for this would be met by returning military spending to local communities.

Why was former Tanzanian leader Julius Nyerere’s 1967 ‘Arusha Declaration’ republished for the first time in 2007?

Julius Nyerere based himself on the power of the people by using the traditional collectivity of African village life in a modern context. He sought to keep capitalist markets at bay whilst attacking poverty.  But he also honestly said the divisions between men and women were partially responsible for what was keeping the village poor. Women were not appreciated and men were often lazy.  Nyerere explained what his government was going to do to tackle corruption, which even President Chavez in Venezuela, who I admire, has not really organised against.

Arusha was a historic landmark document and we felt it was a tragedy that it was not available to even the Tanzanian people. That’s why we published it.
Posted by Mark at 07:58 No comments:

Unite Cab Section members are stepping up their campaign to protect the taxi trade, a service highly regarded by the public.

This follows the May release of a 253 page consultation report by the Law Commission, who were charged by the Government with bundling together all the acts relating to Hackney carriages.

Professional driving standards and roadworthy vehicles are now threatened by plans to introduce a national licence to wait and pick up anywhere and allow minicabs to advertise as taxis. There will be an end to local authorities ability to control numbers through licensing, without which there will be no funds to ensure enforcement of any regulations. All of England and Wales will be affected.

A similar scheme introduced by Margaret Thatcher in the 1980s saw a multiplicity of buses dangerously competing on overcrowded roads to collect passengers. Bus driver’s wages and conditions dropped dramatically.

Determined to protect their pay, conditions and high-standards of service, taxi drivers have defeated three previous deregulation attempts over the last 20 years.

As part of the latest campaign, Unite organised a Parliamentary lobby on 10 July. Hundreds of taxi drivers attended to speak to their MPs, before convening to hear from some who back Unite’s opposition, including Maria Eagle, Shadow Transport Minister and Louise Ellman, chair of the Transport Select Committee.

Paul Landau, chair of Leeds Hackney Carriage Unite branch, was “heartened by seeing so many people there.  It shows Unite can make a difference.”  Leeds branch opposition to the Law Commission has won the local council’s backing after a recent report concluded there was no unmet taxi need in Yorkshire’s largest city. The Council has also agreed to Unite’s campaign to allow taxi drivers access to bus lanes, further proof says Paul “that we are making progress in defending our members.”  These successes have been rewarded by an increase in the numbers of taxi drivers joining Unite.

“We are now working hard to persuade the public of our case by building links with user groups” says Unite member Quentin Cooper, who started on the taxis 28 years ago.

Many disabled people rely on the door-to-door Hackney Carriage service. Seventeen years ago Leeds City Council licensed the first fully accessible vehicle. This costs £25,000 more than the standard saloon. Without a guaranteed income, Landau believes obtaining such an amount from the bank in the future is unlikely.

That concerns Tim McSharry, who is partially sighted and secretary of self-help disabled people’s organisation, the Access Committee for Leeds who says, “Hackney Carriage drivers provide an excellent service. Many disabled users testify to drivers going that extra-mile by assisting people into their homes. We have worked alongside the council in giving drivers a greater understanding of disabled people’s needs and we would not like to lose what is an essential service for many people.”

Women’s organisations fear that many women’s refuges could be forced to close under government proposals to cap benefits at £500 a week.

Refuges provide a safe place for women and children fleeing domestic violence. Around 37,000 women and children are estimated to use the network of over 900 refuges in England each year. Operational costs are met through rents, funding from central and local government, fund-raising and donations.

Many users of refuges arrive late at night, over weekends and on bank holidays. Some stay only a few days. The government’s Universal Credit welfare benefit package, which is set to replace means-tested benefits and tax credits from next year, does not include providing Housing Benefit (HB) for short stays of under five weeks at refuges. It will also no longer include funds for playrooms and gardens and lounges for families. Critics of the changes fear this will confine women and children to just one room.

There are also concerns that women with more than two children won’t be able to afford the rents at many refuges. In addition, women waiting for their family home to be made safe before returning will need to find two rents.  With a weekly benefit cap of £500
this won’t in many cases, especially in major cities, be affordable.  The national charity, Women’s Aid, told the Big Issue in the North that currently 40% of women in refuges have two or more children living with them.

Manchester Women’s Aid estimates it will lose 59% of their benefit income and Women’s Aid (WA) believes many other refuges face similar losses. This would be a further blow to domestic violence and sexual abuse support organisations, which last year saw funding from local authorities drop nationally from £7.8 million to £5.4 million.

A WA spokesperson said: “We fear many refuges could close.  Those remaining open will be unable to accommodate women on an emergency basis or those with several children and they also won’t be able to provide suitable facilities for children.”

Organisations such as the Child Poverty Action Group and Family Action have joined WA in calling on the government to provide guaranteed funding to refuges by paying for them directly outside of the HB system.

Yvette Cooper, MP for Pontefract and Castleford, and shadow minister for women and equalities, said, “Labour is waiting to see the inquiry report especially as despite repeated warnings the Government has not assessed the impact of many changes they are making on women’s safety and the refuge system in particular.
“Many organisations fear that the proposed HB changes could be the final nail in the coffin for the refuge system.”
Posted by Mark at 03:40 No comments: