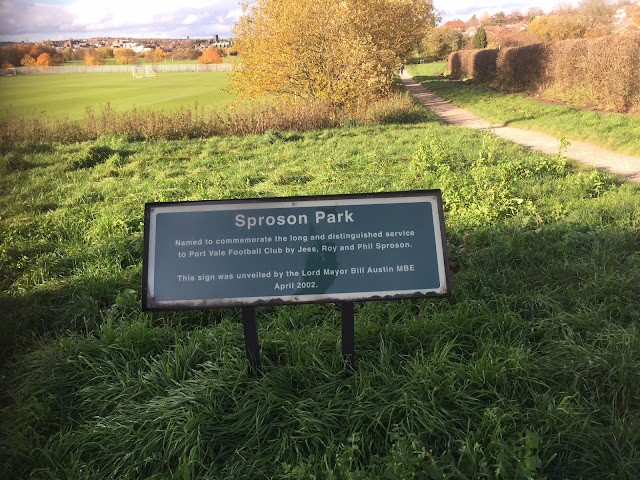 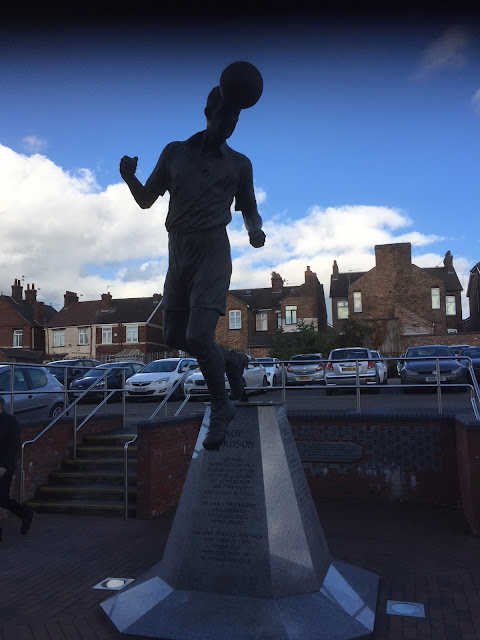 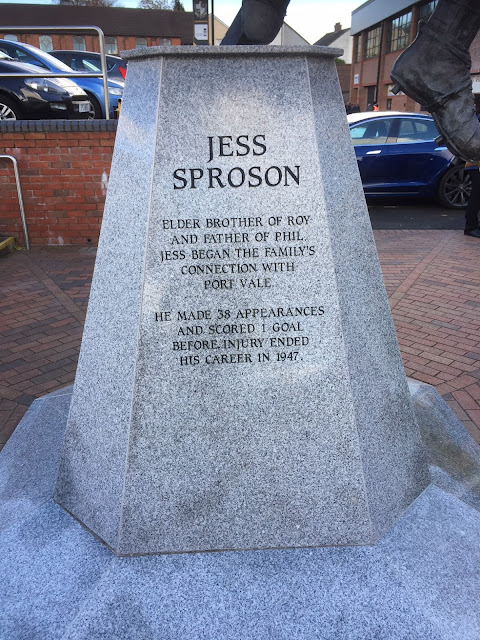 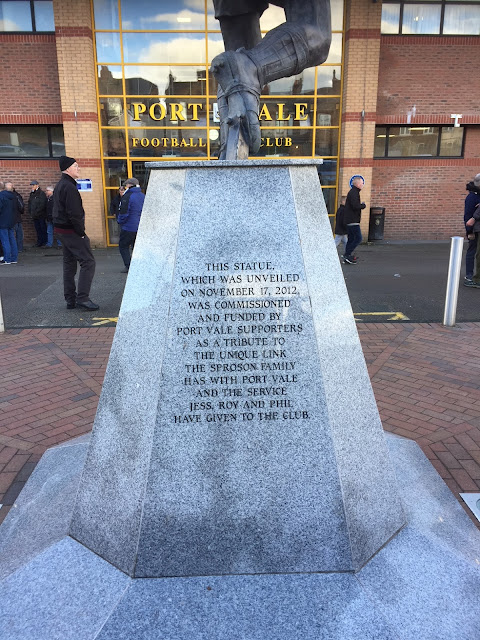 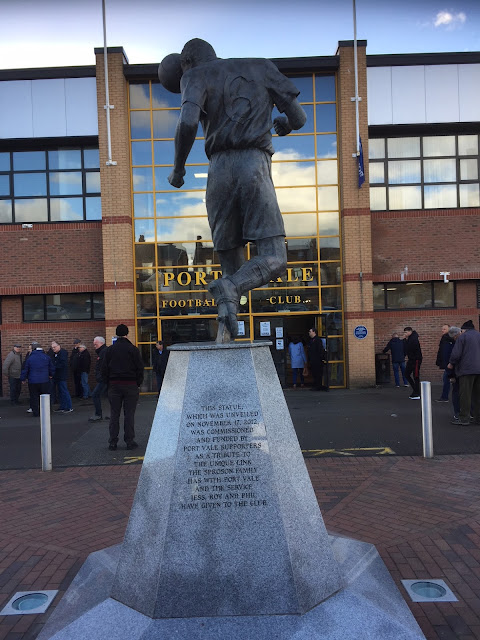 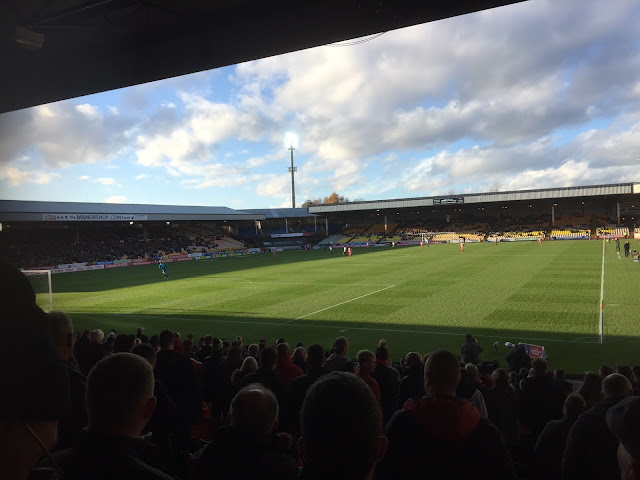 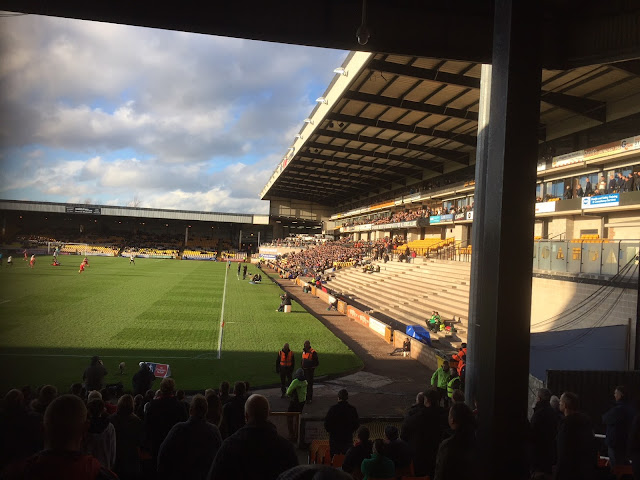 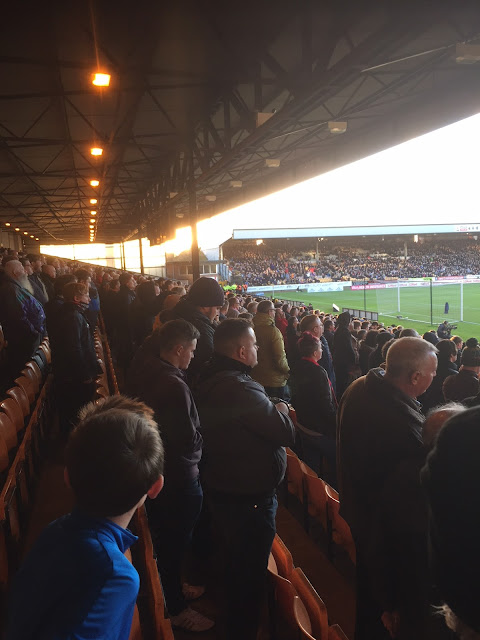 In their book ‘The Essential History of England’ published in 2002, writers Andrew Mourant and Jack Rollin wrote: ‘Lawton combined brawn and delicacy; one moment a blood-and-thunder centre-forward, the next executing some manoeuvre of wit and subtlety.’
One contemporary said that he was ‘...the lightest mover of any big man who ever played football’ while another wrote ‘everything was about him was a threat: from his coolness, to the jut of his head on a muscular neck that could flick a heavy ball into goal like a stone from a catapult.’

Yes, indeed, he was a great centre-forward, brilliant on the ground, absolutely supreme in the air and a constant threat to defences throughout his career.... and all this despite having flat feet!

The only player to have scored in five consecutive England internationals on two separate occasions, he still holds the best post-war strike-rate of any England forward, netting 16 goals in 15 appearances for his country (1946-48)... doing so when there weren’t too many under-par footballing nationals around! He also scored one of the quickest-ever goals by an Englishman, netting after just 17 seconds against Portugal in 1947.

Over a period of 20 years, from his professional debut in 1935 until his retirement in 1956, Lawton scored a total of 292 goals in 471 competitive matches, including 232 in 390 League games. He also netted almost 160 goals in 125 wartime games (152 in 114 starts for Everton), struck 22 goals in 23 appearances for England, including two fours versus Holland in 1946 and Portugal in 1947, bagged another 24 goals in 23 Wartime and Victory internationals and notched two in his three appearances for the Football League.

He also scored another 200 goals in various friendly, tour and other wartime matches. That’s some record.
Tommy Lawton was born in Bolton on 6 October 1919 - his father was a signalman on the Lancashire and Yorkshire Railway, his mother, a weaver.
A pupil at Tongue Moor and Castle Hill Schools, Bolton, he represented Lancashire Boys (playing for the North v. the South in 1933) and scored a staggering 570 goals in just three seasons for his school and for weekend team, Hayes Athletic. An amateur with Bolton and a trialist with Sheffield Wednesday, he also played for Rossendale United before joining Burnley as a 15 year-old in May 1935, turning professional in October 1936.

Lawton became Burnley’s youngest ever League debutant when he played against Doncaster Rovers in March 1936 at the age of 16 years, 174 days. Seven months later, he was the youngest-ever player (at that time) to score a League hat-trick, netting three times for the Clarets against Spurs. Then, following his move from Turf Moor to Goodison Park in December 1936 for £6,500 – a record for a teenager - he became the youngest-ever scorer in a Merseyside derby, obliging against Liverpool at the age of 17 years, 362 days in October 1937.

He went on to top the First Division scoring charts in season 1937-38 with 29 goals and the following year he helped Everton win the League championship with a haul of 34 goals, which saw him top the scoring charts again, this time jointly with Micky Fenton of Middlesbrough.

Remaining at Goodison Park for nine years – and having played as a wartime guest for Aldershot, Morton and Tranmere Rovers - he switched his allegiance to Chelsea for £11,000 in November 1945. After spending two years at Stamford Bridge – and falling out with manager Billy Burrell - he was transferred to Notts County for a record fee of £20,000. He helped the Magpies win the Third Division (S) championship in 1950 and following a spell at Brentford (from March 1952 to September 1953) he wound down his career with Arsenal whom he joined in a £10,000 cash/player-exchange deal involving James Robertson.

Len Shackleton (Sunderland and England)
“In his prime, Tommy had everything – a terrific shot with either foot, strength and accuracy with his head, the perfect physique, wonderful positional sense and a quickness off the mark that was unexpected in one of his build.”

Stanley Matthews (Blackpool and England):
“Tommy possessed a rocket of a shot, he could hit the ball equally well with either foot and was lethal in the air and, most surprisingly for a centre-forward of the time, had all the ball skill and creative prowess of the most mercurial of inside-forwards.”

Wilf Mannion (Middlesbrough and England):
“I cannot recall any centre half who could keep him in check in his international days. He was the complete centre forward.”

Stan Mortensen (Blackpool and England)
“Tommy had a wonderful knack of heading the ball from a high centre. He was marvellously equipped for the job of leading a forward line.”

* Lawton was rewarded with a belated benefit match (Notts County v. Nottingham Forest) in 1971 and a Testimonial match at Goodison Park in 1972. User group says fears have proven founded
Trust says performance exceeds expectations
Big Issue North, 29 October - 4 November 2018
The national charity given responsibility in 2012 for managing England and Wales’s inland waterways system has rejected a users group claim that reduced government funding has caused it to fail to maintain standards and guarantees future problems.
The Canal and River Trust (CRT) replaced British Waterways, the public body established in 1963 that spearheaded the revival of the neglected 2,000 mile canal and river system – including towpaths, buildings and landscapes – after it fell into disarray following the arrival of railways and the car.
“Can’t raise finance”
CRT has faced large cuts in government, although it has been guaranteed money until 2027 and been given the power to raise revenue itself through rent on properties.
Government funding in 2017-18 was £51 million, significantly less than in the first decade of this century, when it peaked at £82 million in 2003-04 and never fell below £57 million.
In 2017-18 CRT spent £22 million on repair of major engineering assets and a total of £110 million on routine maintenance. CRT’s total income and expenditure were both around £181 million. In 2017-18 charitable donations fell from £31 million the previous year to £21 million.
Allan Richards writes for narrowboatworld.com, which describes itself as “the voice of the waterways”. Its readers previously voted overwhelmingly against the British Waterways transfer into the charity sector.
Richards claims: “Our fears have proven founded. CRT can’t raise the finance to catch up on the maintenance work.
“The core new funding stream is ‘charitable giving’, which has been disastrous. Moving to the charity sector gives some tax advantages and CRT has more flexibility on using assets. But the extra revenue is simply not enough to generate income to prevent the waterways from deteriorating. Meanwhile visitor numbers are falling and volunteer numbers are not rising to the levels predicted.”
Mooring costs
Richards believes CRT has been unclear about its problems and fears this will provide an opportunity for the government to cease funding after 2027. This will lead to mooring costs that are unaffordable for boat users. The subsequent loss of income will reduce spending on maintenance and facilities and lead to fewer visitors to the inland waterways.
A CRT spokesperson rejected Richards’ views, saying: “We have guaranteed government funding until 2027. Our increasing property dowry, up from British Waterways’ £500 million to £867 million, generated £50 million income last year, double British Waterways’ £24 million.
“Volunteer numbers are at a record level of 600,000 hours. Regular visitors over a two week period are 4.3 million people, up by 34 per cent since 2012.
“There were 20,000 licensed boats in the early 2000s. Now there are 34,000.
“Our performance measures set by the government exceed the targets set for the conditions of towpath, principal and flood management assets. As such the condition of the trust’s principal assets has improved since our inception.


“We are creating living waterways that transform places and enrich lives, delivering greater wellbeing to millions.”