Remember the people in Halifax who marched for democracy and an end to poverty in August 1842, some of whom paid with their lives

to build for 180th anniversary commemoration in 2022

In August 1842, striking industrial workers in Halifax were attacked by 150 soldiers and 200 specially sworn in constables. At least four were killed whilst many others suffered brutal injuries that are likely to have killed them.

Workers were participating in a nationwide general strike that combined demands for better pay with an extension to those allowed to vote.

Massive wage reductions over the previous two decades had left many workers in great poverty.

At the same time only one man in seven had the right to vote at a General Election.

The strikers called for the same right for all men, because they believed their own parliamentary representatives would bring them some control over the laws under which they lived: laws fashioned to protect property and profit.

In the 179 years since that atrocity of 1842, what has changed for the people of Halifax?

The wealth gap between rich and poor is still here. In recent years it has widened under both Labour and Tory Governments.

Workplaces were hazardous in the 1800s yet are still not safe.  We have had a disproportionately high number of COVID deaths in front line workers, and deaths from accidents continue because of cost cutting by employers who ignore Health & Safety laws.

Our environment has greatly changed due to industrialisation.  Climate change needs measures taken that do not simply make ordinary people pay for polluting companies going green.

Housing costs – whether to buy or rent have risen sharply. Many young people still have no chance of owning their own home.

Unionisation is no longer a prosecutable offence but today there is still employer and government hostility to the existence of trades unions with Amazon being the latest major company to refuse to allow unions to organise employees.

Tax avoidance is still a fundamental issue with many major companies such as Amazon failing to pay their fair share.

As in 1842, new technology threatens us with unemployment:  driverless cars and automation mean millions face being out of work.

We have our NHS but it is facing privatisation with citizens paying exorbitantly for the building of Calderdale Royal Hospital because it was built using expensive private finance.

Today we have a national pension scheme but the state pension age has been increased. Capped pay rises (and pay freezes) for public sector workers also result in lower pensions on retirement.

Many of us enjoy the benefit of university education but students now pay for higher education and once they are saddled with debt, many cannot find decent jobs.

Sexism and racism are no longer left unchallenged as they once were but legislation is hard to enforce. Women should be safe. Ethnic minorities should be empowered to effectively challenge discrimination. The prosecution of attackers should be vigorously pursued.

Today, soldiers are not employed against demonstrators but there is an increasing militarisation of the police whose powers to prevent effective protests including strike action are set to be strengthened through the Policing Bill.

As in 1842 we still live in a society organised on the basis of profit before people.

We will not forget what happened in Halifax in 1842. We will campaign for the changes needed for a better, fairer, more equal society. 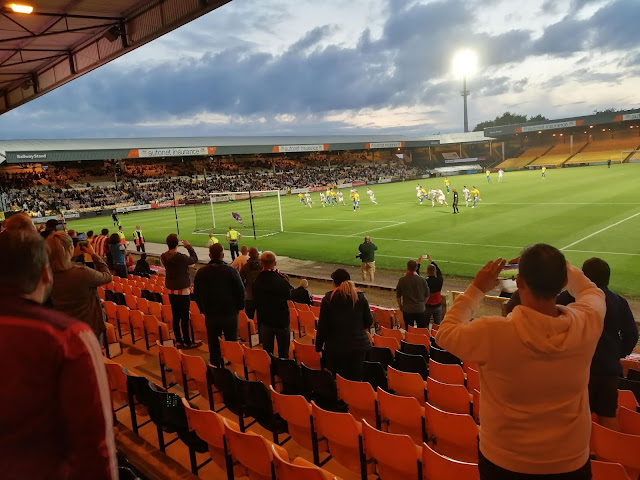 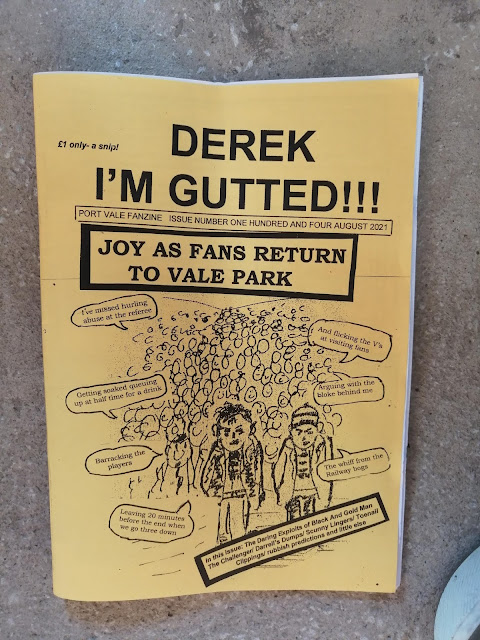 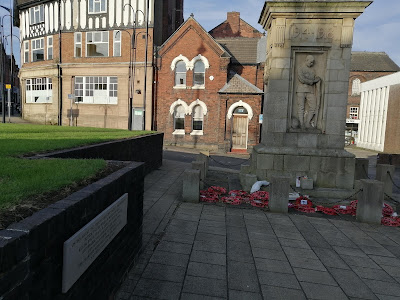 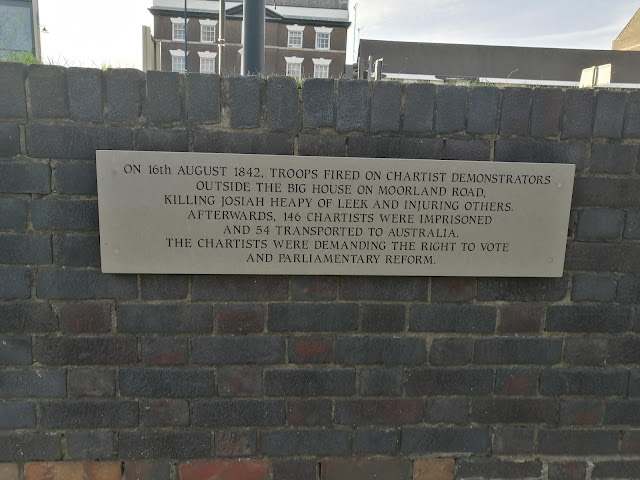 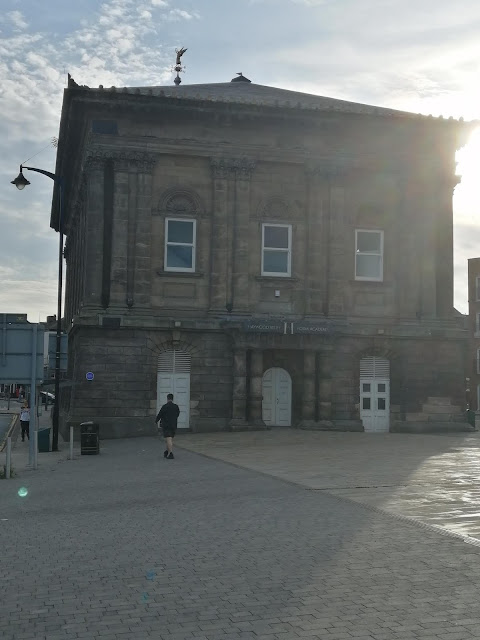 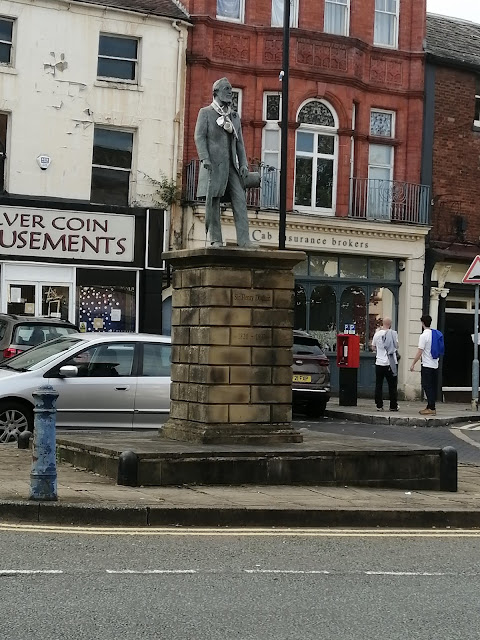 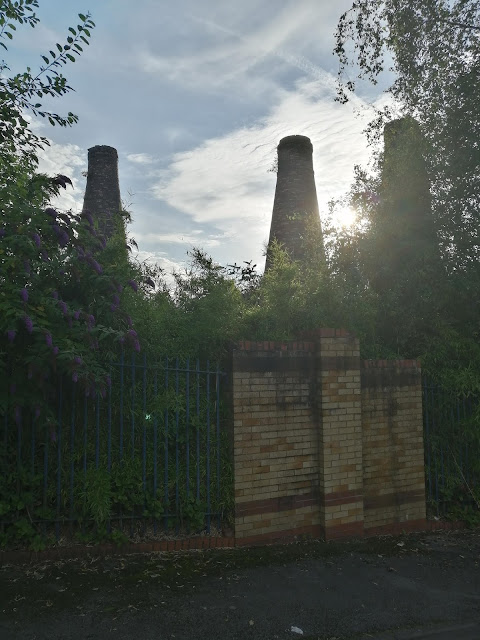 September 5 launch of the Stanley Taggart book in Stockton

To read the booklet go to:- https://markwritecouk.files.wordpress.com/2021/08/stanley-taggart-book-final.pdf

A Rough Jersey documentary of 18 minutes in length on how the oldest site in the world to commemorate  a domestic violence victim is providing inspiration for campaigners today:-

Stanley Taggart; an ordinary man on an extraordinary day – a Unite booklet by Mark Metcalf

Stanley Taggart; an ordinary man on an extraordinary day – a Unite booklet by Mark Metcalf

When the spectre of fascism came marching into Stockton in September 1933 it aroused great passion and anger. Ordinary people recognised that fascism would destroy democracy, the trade union and labour movement, create a permanent one-party state, crush individual identity and force the individual to serve the interests of the state. It would lead to genocide and the persecution of minorities and women.

The story of Stanley Taggart is a story of an ordinary man, who did something extraordinary. It’s often said that history is made by the acts of extraordinary individuals, yet it is ordinary people standing together who really make the difference as Bertolt Brecht points out in his fantastically powerful poem, A Worker Reads History – “Each page a victory, at whose expense, the victory ball? Every ten years a great man, who paid the piper?”

The story of a rank-and-file trade unionist, a member of the T&G, (predecessor union to Unite), is the story of us all. I’m sure on that far off morning in September 1933, when Stanley woke up, there must have been a slight temptation to roll back over in bed or choose to do other things that day. Many of us confronted by the choice of taking a stand against injustice, or simply going about our normal daily business, choose the latter.

Stanley Taggart alongside several thousand other local people, when asked by their grandchildren, “what did you do when the fascists came to our town?” was able to stand proud in the knowledge that he wasn’t passive, that he didn’t choose to leave it to others, but that he went out to stop them from spreading their messages of hate and division.

There are lessons for us all in Stanley’s story. It’s often said that evil succeeds when good people fail to stand up to challenge it. When we decide whether to attend that demo, to join that picket line or go to that rally, we place ourselves in history. When we are asked by our grandchildren what we did to stand up to far-right extremism, we need to have a tale or two to tell.