For much, much more on labour movement statues and plaques go to rebel road at UNITE education.

The International Brigade memorial was unveiled by Michael Foot on 5 October 1985, one day after the 49th anniversary of the Battle of Cable Street in east London in which Oswald Mosley’s Blackshirts, assisted by the Metropolitan Police, were prevented from marching by anti-fascist groups. It was to prove a mortal blow for fascism in Britain. However in Spain a much greater battle had started on 17 July 1936 when General Franco’s nationalists took up arms against the democratically elected Spanish Republic. Franco could count on the military support of fascist Germany and Italy. Anti-fascists internationally recognised that this was a struggle with massive international implications and many – estimated at over 30,000 - were prepared to volunteer and fight on the republican side. Many were killed in an ultima 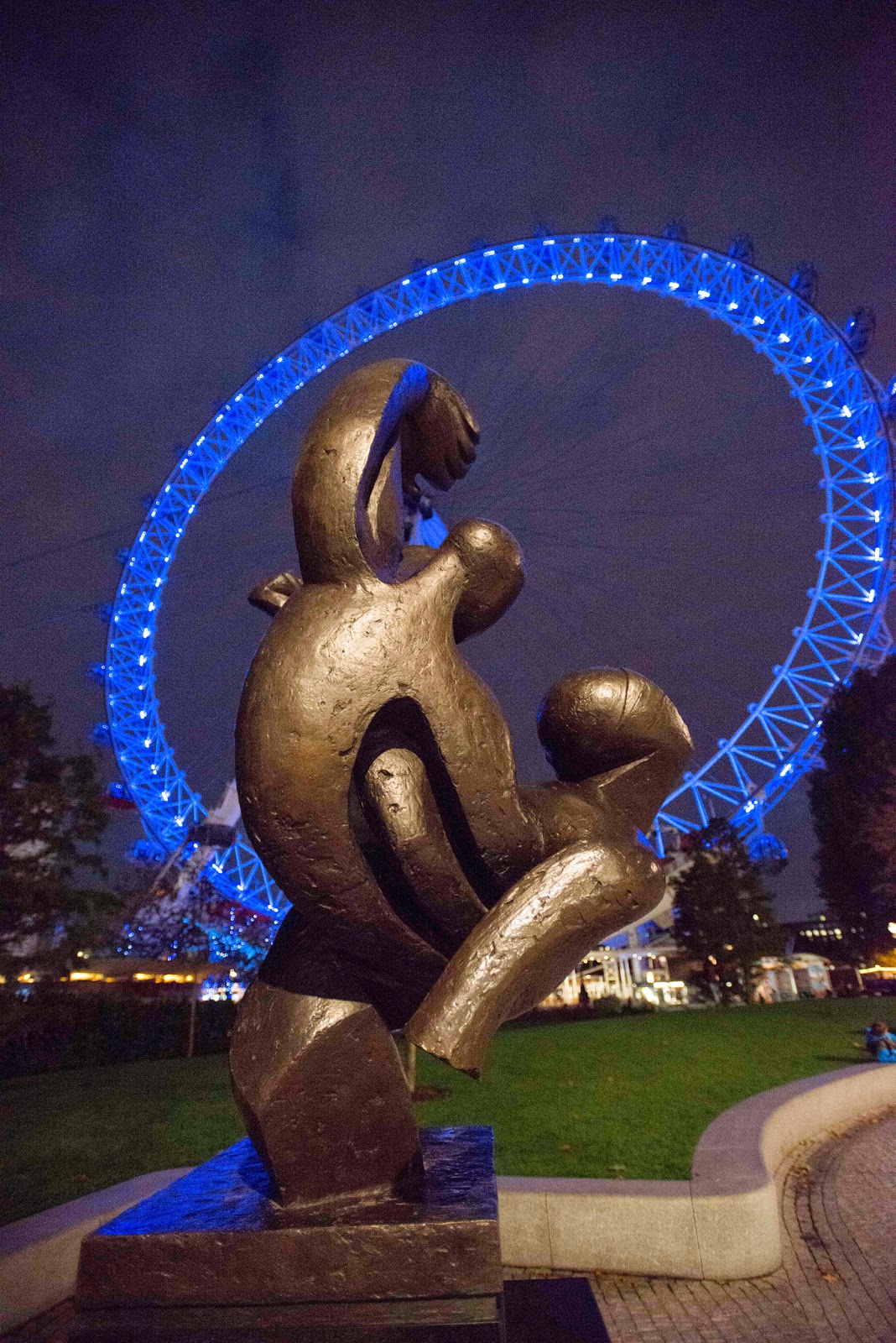 tely unsuccessful fight that in its aftermath paved the way for the Second World War and saw Franco rule Spain until his death in 1975.

The memorial sculpture by Ian Walters is in bronze.

The inscription on the front reads: INTERNATIONAL BRIGADE. In honour of over 2,100 men and women volunteers who left these shores to fight side by side with the Spanish people in their heroic struggle against fascism, 1936-1939.”

The inscription on the reverse side of the plinth reads: “This memorial, unveiled by Michael Foot, 5th October 1985, was made possible by the support of many democratic organizations, individuals and the Greater London Council.”

The inscription on the left side is taken from Byron’s ‘Childe Harold’s Pilgrimage’ and reads: ‘Yet Freedom! Yet thy banner, torn, but flying.
Streams like the thunder-storm against the wind.”

The inscription on the right side reads: “They went because their open eyes could see no other way.” It is from the poem Volunteer by C. Day Lewis in 1938.

Many thanks to Jim Thatcher, UNITE member and blacklisted construction worker, for sending in his photograph of the sculpture.
Posted by Mark at 02:36