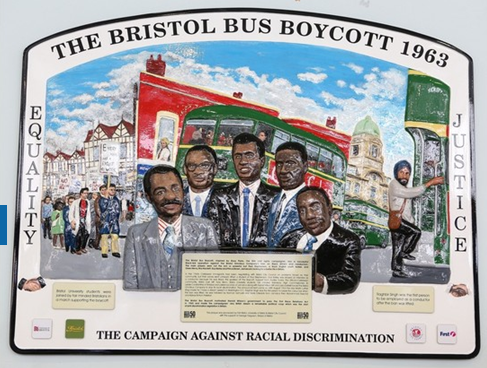 A plaque that commemorates the heroic struggle against racism on Bristol’s buses was unveiled at Marlborough Street bus station in August 2014.

In 1963 the Bristol Bus Company’s refusal to recruit black people as drivers or conductors was supported by Transport and General Workers Union (TGWU) members who threatened to bring the buses to a halt if black workers were employed on bus crews.

The 1955 Montgomery Bus Boycott inspired them, when Rosa Parks was arrested for refusing to give up her seat to a white passenger. Black Bristolians and white anti-racists, including Bristol East Labour MP Tony Benn, boycotted the bus company who thus lost income and was badly damaged by the publicity the campaign generated.

After four months the bus company announced it would it was ending its bar on ‘coloured labour’ thus forcing white trade unionists to reassess their attitudes and begin working alongside their black colleagues.

Many thanks to Cheryl Nelson, UNITE rep at AXA Bristol office, for sending in the photograph of the plaque and suggesting including it on Rebel Road.

For more on this historic struggle see:-

Madge Dresser’s book has been republished by Bookmarks with financial support from a number of trade union branches including Bristol Unite Health, Bristol Unite General services and Bristol Finance and Legal. 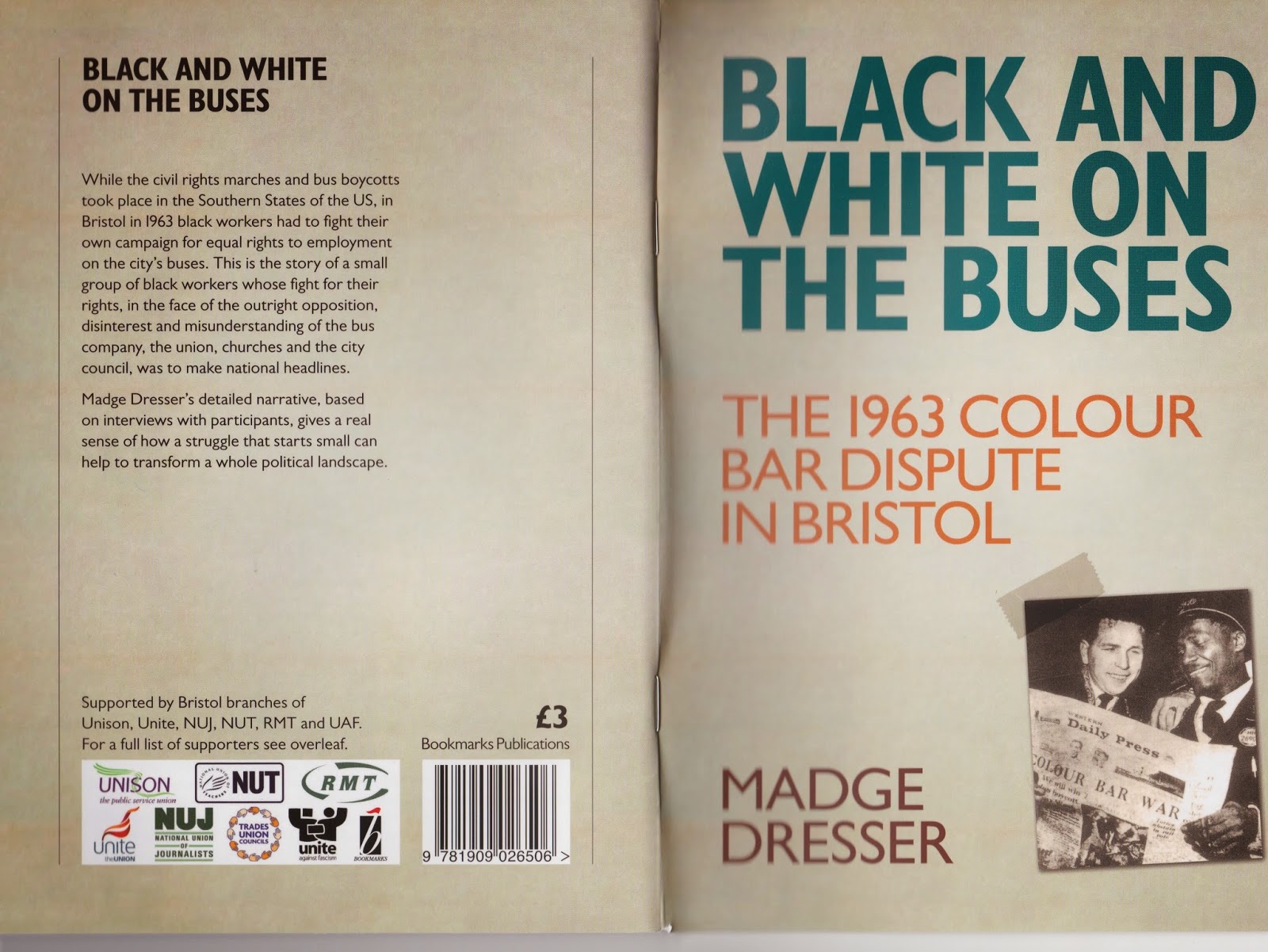 It is available at a cost of £5.80 plus postage from http://www.bookmarksbookshop.co.uk/view/34116/Black+and+White+on+the+Buses%3A+The+1963+Colour+Bar+Dispute+in+Bristol