From the Big Issue in the North magazine, please buy a copy when you see a seller 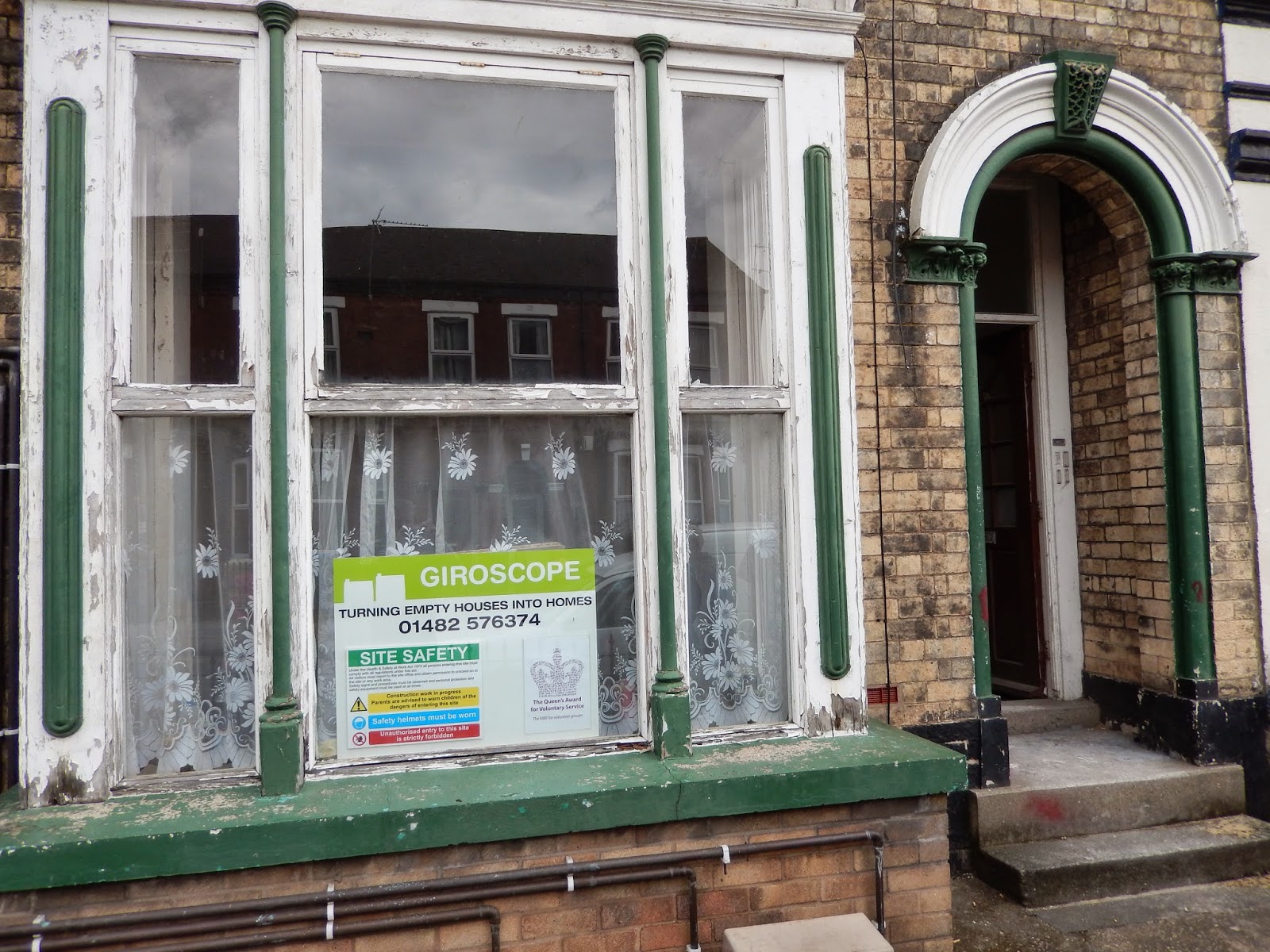 Former prisoners who are rebuilding their lives by working at a Hull housing project are restoring rundown properties for those in housing need.
Now a charity, Giroscope began as a worker’s co-operative in 1985 with one of its founders, Martin Newman, still in charge. The ethos of buying up dilapidated properties, renovating them and renting them out remains the same.
There are nine paid members of staff and two apprentices working alongside volunteers, who get on the job training. Their efforts in improving Hull’s housing have recently been recognised with a Queen’s Voluntary Service Award.
Many volunteers are former prisoners. Nick Brackstone, aged 29, served six years before being released in 2013. He had previously worked as a labourer but found paid employment difficult to obtain. Keen to stay out of trouble, earlier this year he took up his probation officer’s proposal and volunteered to work three days a week at Giroscope.
“I needed to stop sitting at home, demonstrate my timekeeping is good and also learn things like painting, taking down walls and plasterboarding that will help me find paid work,” he said. “I am aiming to apply for my Construction Skills Certificate Scheme card to prove I have the training and qualifications required to carry out a certain job.”
After initially volunteering, former long-term prisoner Les Stratford has found paid work
with Giroscope as a site support worker. His recovery from drug and alcohol abuse means he can empathise with many of Giroscope’s volunteers. As a refrigeration and air conditioning engineer with plumbing qualifications he is able to pass on essential building skills.
“I am thankful of being given an opportunity to rebuild my life by working with and helping former prisoners like myself rebuild rundown properties that are rented out to those in need,” he said.
“I am now revisiting prison to speak to inmates and pass on the message that you can move on and have a good life when you are released.”
Giroscope has 80 properties on its books. It borrows money against its existing housing stock to buy new properties.
Giroscope rents are similar to those charged by the local authority. The organisation is keen to ensure no tenant has to supplement their rent from benefits.
Some have held tenancies for 20 years. On only one occasion has someone been compulsorily evicted.
Giroscope architect Caroline Gore-Booth said; “We have young families in properties, a couple from a hostel has just moved into one, migrant workers and volunteers. The main reason people apply is because their landlord refuses to undertake repairs.”
A tour of Giroscope homes in a city that has more 6,000 empty properties was enlivened by Newman’s enthusiasm. “Organisations that begin with a small group of radical people usually fall out or become part of a larger housing organisation,” he said. “Not so Giroscope.
“We are much more professional. We don’t call ourselves anarchists or organise demonstrations but I think we still have the same attitude of mutual support.”