Post office's and the universal service under serious threat 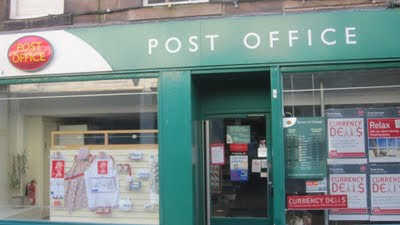 “Post office closures in rural areas will increase. In addition the future of the Universal Service Obligation [USO] to collect every working day from post boxes and also deliver to every address at the same stamp price, six days a week is now threatened. That would impact heavily on rural communities.” That’s the view of Paul Clays; regional secretary for Communication Workers Union [CWU] in the north east, after the coalition government’s Postal Services Bill became law in June.
It’s one that directly contradicts claims by the man behind the privatising of Royal Mail, Business Secretary Vince Cable that “there will be no closures on our watch” after he promised a four-year package of support to post offices worth £1.34 billion. 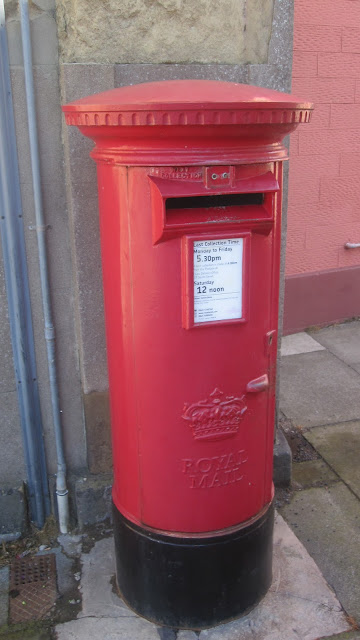 Yet by also giving the go-ahead for any future private Royal Mail to end the Inter-Business Agreement that presently guarantees Post Office Limited £343 million a year for providing mail services then watchdog group Consumer Focus has predicted that under privatisation 4400 post offices will be closing by 2015. That’s 40% of the 11,500 still open and begs the question why Cable turned down the CWU proposal to set up a postal bank that had the potential to replace business lost when state pensions and child benefit became paid directly into bank accounts under the previous government.
“It makes no economic sense,” says Clay who has seen Royal Mail’s ethos shift significantly since he started as a postman 26 years ago.
“Back then it was about providing a high quality public service but now the business
appears more interested in looking after its biggest clients, TNT, DHL and Business Post, who are also its competitors.”
Becoming the latter was made possible under European regulations that allow private companies to profit by providing only part of a postal service in that they process and distribute mail but don’t do the delivery, handing on the most expensive part of the operation to the Royal Mail. Not surprisingly this has cut the latter’s profits and boosted those in the private sector.
And in a further attempt to maximise their returns multinational TNT was happy to take over the running of the Netherlands postal service over two years ago. “It has been an unmitigated disaster,” says Clays. One that serves as a warning as to what might happen here, with unprofitable rural areas only receiving deliveries twice a week whilst sending a letter costs twice as much. Postal workers have found their hours and pay cut - after all who has ever heard of a privatised service in which workers see their pay or working conditions improve? Now heavy public criticism, and a series of strikes across the country, has led to TNT seeking to get out of their commitments by asking the government to buy them out and take the post back into public ownership.
All of which means that in spite of the new Con-Dem legislation the CWU isn’t giving up the fight to prevent a private company taking over Royal Mail.
“It might just be the case that it’s too expensive and not profitable enough for them.  Also the fact that 90% of Royal Mail employees are organised within the CWU and the public in all areas want to defend their post offices is a powerful combined force. Nothing is yet decided and I look forward to CWU and members of other trade union, especially in rural areas, working together on this” says Clays.
Posted by Mark at 10:49