Who are Refugees and Migrants? What makes people leave their homes and other Big Questions

Who are Refugees and Migrants?

What makes people leave their homes and other Big Questions

Growing disaffection with mainstream institutions and political parties, many of whom have embraced austerity has, encouraged the rise of anti-immigration movements and of the far right.

With the assistance of many newspapers this has strengthened the perception of immigration as being responsible for the social and economic problems faced by working-class communities. Anger, hostility and mistrust towards refugees, asylum-seekers and immigrants has thus jumped across society.

In turn this has diverted attention away from the ruling class that continues to increase its share of material wealth and which has the most widespread influence over political and economic decisions that affect all classes.

Of course, the ruling class, along with its wealth, has no problems moving freely across the globe. Is this fair treatment for all?

If young people are to help build a better world it is important that they are given opportunities to understand migration and the movement of people in all its forms. This short, illustrated  book, aimed at anyone from aged 10 upwards, does this.

Central to the book, which includes role-play exercises, are highly interesting testimonies from migrants, which have existed since time immemorial, refugees and asylum seekers. Many have made significant contributions to society.

“I hope people realise that asylum seekers want to be active, responsible and self-reliant members of society and demonisation is not helpful.” Dr Mohammad Razai, from Afghanistan, now a doctor and medical researcher in the UK.

Readers are encouraged to walk in someone else's shoes before judging them. To imagine how they – and their loved ones - might act if they faced persecution, famine, abject poverty or were stuck in a war zone such as Syria or Libya with no hope of a better future. Where might they consider going to? How would they get there? Who can help?

In comparison, suppose the reader had power and influence? Refugees and migrants have rights with the 1948 Universal Declaration of Human Rights, drawn up after the horrors of WWII, agreeing a set of basic principles that include ‘All human beings are born free and equal in dignity and rights.’ Are these rights being upheld?

The final part of the book asks what happens when society deliberately separates cultures and people and examines Nazi Germany, apartheid in South Africa and racial segregation in the USA. Did you know that on 14 November 1960 in New Orleans six-year-old, Ruby Bridges as the first African American child to go to a school that had been until then all-white? Initially ostracised she was eventually successful when other African American children joined the school too and it became ‘integrated.’ This positive example, one of many in the book, shows how it is possible to overcome prejudices and build a better world for all.

“This book reflects  the type of society we live in. A crucial task of education is to develop empathy for the disadvantaged amongst students, but also to enable students to see migrants and refugees as human beings, just like themselves. This book by Rosen and Young is a valuable educational resource because it supports us in doing just that - getting beyond politicised and discriminatory headlines, helping young people to relate to the lived experiences of migrants and refugees and, hopefully, ensuring that they can think differently about migration and come up with ways to make the border policies that dehumanise migrants more humane.”

Authors: Michael Rosen was Children's Laureate from 2007-2009. He is one of the best-known figures in the children's book world, renowned for his work as a poet, performer, broadcaster and scriptwriter. Annemarie Young is a writer of fiction and non-fiction for children, and an editorial consultant for children's books and primary education. She was a publisher for many years and has worked with hundreds of children's authors and illustrators. 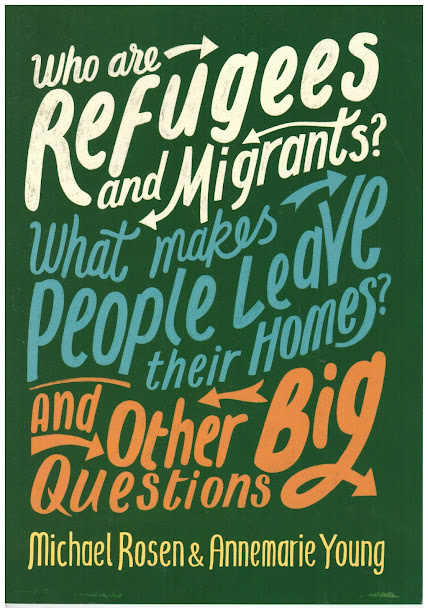 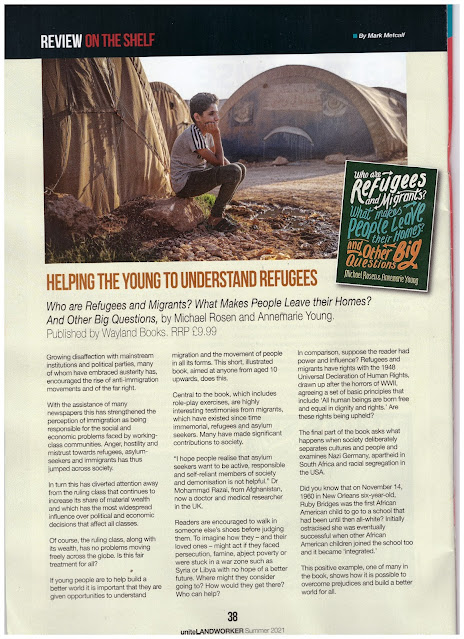