Photographs are courtesy of Mark Thomas and not to be used without written permission. 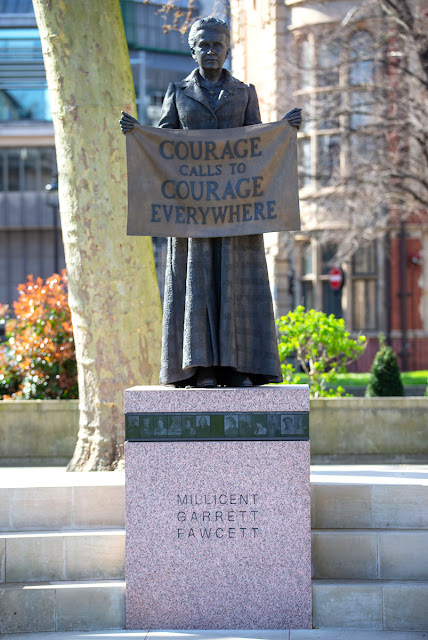 A statue in Parliament Square, London to Millicent Fawcett, the British suffragist leader and social campaigner, was unveiled in April 2018.

The names and images of 55 women and four men who supported women's suffrage appear on the statue's plinth. They are as follows: 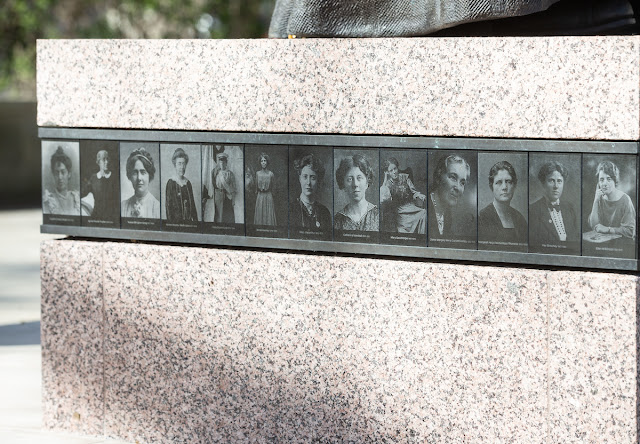