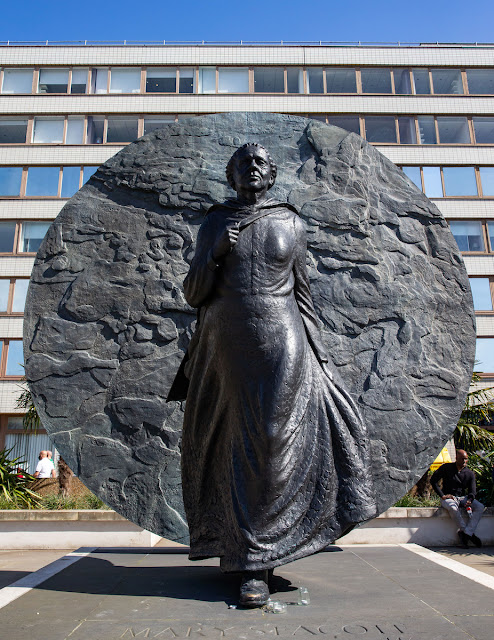 Photograph courtesy of Mark Thomas and not to be reproduced without his permission.

On 30 June 2016, a memorial statue of Mary Seacole, 1805 – 1881, was unveiled by Baroness Floella Benjamin OBE in the gardens of St Thomas’s Hospital; the UK’s first in honour of a named black woman.

Central to the successful campaign was the role of the Community Practitioners and Health Visitors Association, which is part of Unite the Union.

See also:- https://www.maryseacoleawards.co.uk The Mary Seacole Awards provide an opportunity for individuals to be recognised for their outstanding work in the black and minority ethnic (BME) community.