Glasgow's memorial to the International Brigade volunteers from Great Britain who fought and died in the Spanish Civil War. It stands in Custom House Quay. Erected by City of Glasgow, 23 February 1980 and rededicated 23 August 2010.

A very good piece on it and the woman who it is named after, Dolores Ibarruri, is at:-

La Pasionaria” (“The Passion Flower”) was the pen name of Dolores Ibárruri, a Spanish Republican politician, communist, and prominent anti-fascist propagandist during the Spanish Civil War of 1936 to 1939. 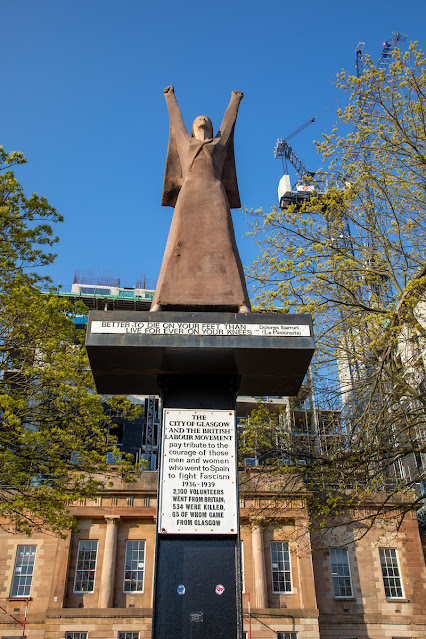 Photograph courtesy of Craig MacLean and not to be reproduced without his permission.