Should royalty be laid to rest?

This article is taken from the Big Issue in the North magazine dated April 25th. Please try and buy the magazine as it's one of the best around.
Britain’s only had one brief period of Republicanism in the last thousand years. However as monarchy supporters get ready to celebrate the Royal Wedding of Prince William to Kate Middleton on April 29th that doesn’t mean there’s no one prepared to argue its case. 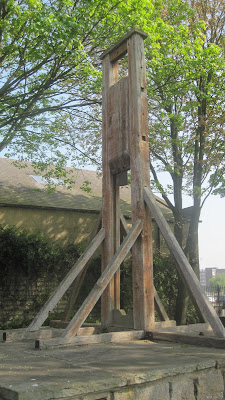 When Britain’s future King emerges newly wed from Westminster Abbey he’ll just be able to see the statue of a man who chopped off the head of one of his predecessors.  That was back in January 1649 when King Charles I was executed during a Civil War fought to decide whether parliament or royalty ruled.

“Off with their heads” has been reported as the chant of students as they abused the future Charles III and his wife during demonstrations in London in December against the raising of tuition fees. Oliver Cromwell’s appearance outside the Houses of Parliament stands as a reminder of a revolutionary time in the nation’s history. 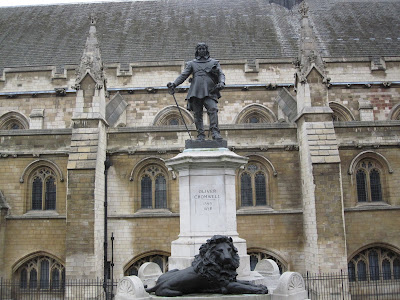 If it hadn’t been for Cromwell’s subsequent suppression of the demands of the Levellers, a loose alliance of radicals and freethinkers, to abolish the House of Lords, introduce annual elections and redistribute land, that revolutionary movement may well have sent the country down a more democratic path.
Formed in 1983 Republic can count amongst its 12,000 supporters the author Sue Townsend, Caroline Lucas MP, comedian Jo Brand and film-maker Ken Loach. The organisation wants to end any constitutional royal family role, replacing them with an elected Head of State similar to the Irish Presidential system. Axing the monarch, accompanied by the introduction of a written constitution, would be done with the consent of the British people through a referendum.

Republic’s spokesperson Graham Smith accepts most people wouldn’t currently vote to bring to an end an institution that’s evolved over hundreds of years. He claims that as many as twelve million adults in the UK are in favour of a republic but have their “regularly ignored” by the media. He particularly accuses the BBC of being “institutionally biased in favour of the Royal Family.” Armed with a specially commissioned ICM opinion poll showing 80% of the nation appears indifferent to events on April 29th he believes the wedding coverage should be “toned down to reflect reality.”
James Edgecombe, Chairman of the British Monarchist League established last year in defence of Queen and Country, doesn’t agree saying: “Whilst there’s not as many street parties as on previous Royal occasions I feel that’s more to do with bureaucracy and the time of year. But you can bet that thousands will go to London to see the special event. Meanwhile millions, who wouldn’t watch the wedding of a president’s grandson, will witness it on the television.”
Even if true should that be a cause for celebration? Aren’t the outdated values of elitism, that many feel the monarchy embodies, holding Britain back? Not according to Edgecombe, from Doncaster: “In a world of constant change it’s comforting that there is the monarchy to provide a sense of stability and continuation. Also the Royal Family, through many of their charities, seek to help the least well off. They also often serve as important role models for people.”
Considering Prince Charles is known to have spent the night before his 1981 wedding to Lady Diana Spencer with a “blonde woman”, who was almost certainly Camilla Parker Bowles, his current wife, is that really the case? And what of Prince Andrew’s well publicised relationship with businessman Jeffrey Epstein, who recently spent over a year in jail for soliciting prostitution from underage girls?
Edgecombe dismisses these points on grounds the Royal Family are “only human.” He defends Prince Andrew’s choice of a paedophile friend on grounds that this is not "as serious as the fact that the Prime Minister of Italy is facing trial for allegedly paying an underage girl for sex."


Critics of the Duke of York are not so willing to forgive, especially as he’s currently representing the country as a UK special representative for trade and investment. Yet when Chris Bryant MP called on Prime Minister David Cameron to dispense with his services this was rejected on grounds he was “doing a good job.” Which wasn’t the case with Bryant said Speaker John Bercow as he reprimanded the former Foreign Office minister for even raising the subject in the House of Commons on grounds that any references to the royal family must be “rare and very respectful.”
That would certainly mean former Fife Labour MP Willie Hamilton would be thrown out of the debating chamber if he were around to repeat his frequent 70s and 80s attacks on the royal family. These included calling the Queen “a clockwork doll” and Prince Charles “a twerp”, all as part of his support for a republic and the ending of the Civil List under which the monarch has their expenses for performing official duties paid by the taxpayer. This is currently £7.9 million annually, around a fifth of the total estimated £38.2 million costs when transport, security, property maintenance and other sundry expenses are included.
For John Masding of the Royal Society of St George, an organisation claiming to be ‘England’s Premier Patriotic Society’, it’s money well spent. Getting rid of the Royals “would destroy a huge part of our heritage that brings in many tourists from around the world, helping generate a huge income for the country. “
It’s a familiar argument and one that Smith disputes. Firstly by estimating an annual cost for the monarchy of £183 million, and then saying there is “no evidence to suggest tourism revenue is reliant on Britain’s undemocratic constitution, which includes not knowing how much tax the Queen pays as it is secret and entirely voluntary.” 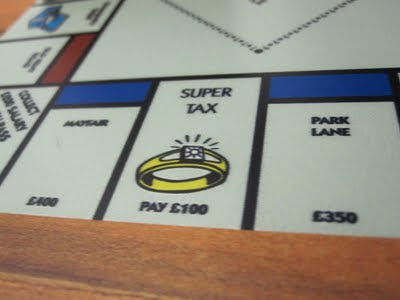 What’s also not known is how much she’s worth. In the Sunday Times’ first Rich List in 1989 she was valued at £5.2 billion. It was a figure that rose to £7 billion in 1992 but which over the years has been continuously downgraded to the current figure of £290 million. Even at the lower level it’s a large sum for Prince Charles to inherit on his mother’s death.
Nevertheless Smith is more than happy for him to it and also retain the Balmoral and Sandringham estates with their combined 90,000 acreage.
He’s also happy to wish Prince William and Kate Middleton “all the best for their big day.” He’s aghast however by the Queen’s invitation to the King of Bahrain, especially only weeks after he ordered his troops to open fire on pro-democracy demonstrators. He wants the invitation withdrawn and doesn’t want taxpayers, especially during these straightened economic times, paying the bill for the wedding.
Neither does he want the pair subsequently playing any role in the nations affairs “by privilege of birth.” He’s asked them to concede their rights to become king and queen in order to pave the way for the formation of a Republic.
But does it matter if, as Republic accepts, the monarch is little more than a figurehead for the nation? Smith believes it does and that abolition would mean “there can be elections for a president who can act as our constitutional protector and arbitrator of our political system.
Prime Minister’s have vast powers of patronage and the power to declare war. None of which is subject to any proper scrutiny. Not so under a republic. Getting rid of the monarchy will start a radical reform of our political system to make it truly democratic.” 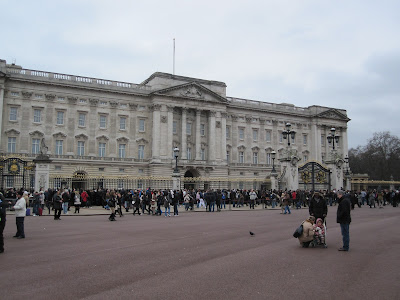