Thousands of teaching and support staff posts will disappear across the north over the summer as school budgets come under pressure from falling pupil numbers, increased costs and the loss of specialist education projects.
Head teachers are working frantically to cut costs. On their return in September pupils will experience larger class sizes and fewer subject options and out-of- hours school activities. The job losses will undermine the government’s claim that cuts will not affect front line services.
Many of the losses will come at schools where pupil numbers are falling, including Laurence Jackson School in Guisborough, North Yorkshire where head teacher Tony Gavin is budgeting for 60 fewer pupils, meaning a cut of nearly £250,000 in its budget as schools get £4,300 a year for each pupil.
However as National Union of Teachers official Andy Willis said he has dealt with “two major redundancy situations” in Peterborough - where pupil numbers are growing. 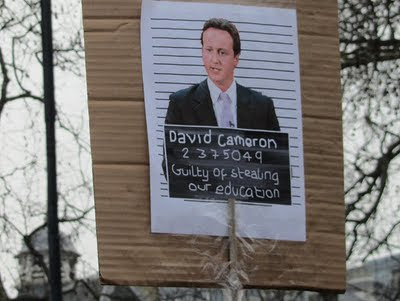 A range of funding streams for schools are being cut, including Harnessing
Technology that funded some ICT equipment, the Aim Higher programme
to help people from poorer backgrounds into University and the Extended
Schools programme which funds homework clubs, arts and crafts activities and
community access to schools.
Last week it was reported that education secretary Michael Gove had made a £155 million cut in the 2010-11 standards fund, withholding the last of the year’s payments for everything from free school meals to extra tuition for children who need help with literacy or numeracy.
Laurence Jackson School has also been hit by the 87.5% cut in schools Sports Partnership budgets, as it is a specialist sports school. The result is that it will lose five full-time teaching posts and at least the same number of teaching assistants as Gavin seeks to make savings of £500,000 and secure a future for his 1,300 pupil school.
Those still at LJS in the autumn will be working with more pupils in each class.
Years 7 and 8 currently operate with ten tutor groups with 25 in each. That will be going down to nine with numbers in each increasing to 28. Any specialist subjects that fail to recruit at least twelve students will be going.
Gavin said this will leave more experienced teachers with less time to counsel students excluded from lessons. He added that the government did not also appreciate the importance of teaching assistants in maintaining high standards of behaviour.
Gavin’s especially concerned that trainee teachers are going to lose out, and is aware the Times Educational Supplement’s jobs columns are down by around 75% on last year.
“Everyone will just try to do their best in difficult circumstances,” noted Gavin tersely, aware from talking to the various unions representing staff that no one is happy. 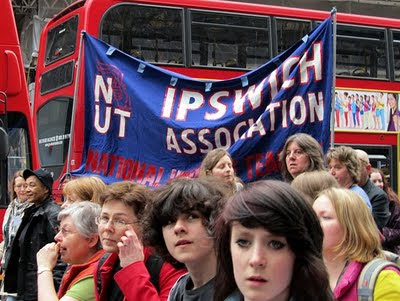 In Rotherham that’s most definitely the case, where attempts by a new head, Stuart Wilson, in November to reduce the school budget deficit of £1.3 million at Rawmarsh Community School for 11-16 year olds has led to a series of strikes by NUT members.
The union was concerned that plans to reduce staff numbers by 34, including up to 25 teachers, will mean a school that has lost 20% of its pupils in recent times will now be forced to function with a staff team reduced by a third.
Rawmarsh NUT rep Ralph Dyson said his members had “little option” to take strike action to oppose compulsory redundancies after the local authority failed to help out financially. This angered staff who feel Rotherham Council was at least partly to blame for not having previously monitored the emerging crisis.
Critics fear Gove’s plans for more free schools and academies may cut local authorities out of such a role anyway. Local education authorities have long supervised a majority of schools but in Lincolnshire, for example, the county council no longer oversees school budgets, with any school getting into trouble advised to contact a list of private consultants for assistance.
Dyson said this trend would involve more schools getting into financial trouble, especially as they face rises in costs at the same time as budget cuts.
A head teacher in Nidderdale, North Yorkshire said: “National insurance, gas and water, supplies and service costs have all risen, and I am having to budget for higher level of inflation than before. The budgetary problems schools face aren’t going to be resolved in a year. In my case, like many others, they are going to be greater in 2012 and 2013.”

I am writing to thank everyone for their messages of support to the Striking teachers at Rawmarsh Comprehensive School Rotherham and to keep you up to date with the course of the dispute.
You will recall that the dispute started when the new headteacher announced that due to projected financial difficulties they were intending to make 25 teachers and 9 support workers redundant at the end of the Spring term 2011 out of a staff of just 81 teachers; an unheard of number in a small school and particularly absurd mid-year. Rotherham NUT and the members at Rawmarsh responded with a unanimous ballot for industrial action.
The head fairly quickly moved from his initial position and deferred many (but not all) of the redundancies to September.  Our members however stuck to their guns and have so far taken 9 days discontinuous strike action.  Other teacher unions did not follow our lead but many of their members of since joined the NUT.  Over the period of the strikes last term, management were pushed made a series of adjustments allowing more and more and more of our members to have guaranteed employment beyond September.  We only suspended our action in return for a guarantee to make no members redundant at Easter and made it clear it would resume again if the remaining redundancies were not resolved.
Last Friday we called a meeting with members to discuss action and let management know we were doing so.  At this point the number of redundancies was down to seven with three of them being our members.  Some last minute activity by management produced an employment offer for two more of our members.  There is now just one Rawmarsh NUT member at risk of redundancy in September.  Unfortunately that is our school rep, Ralph.
Management expected us to call off action at this point but I am proud to report that our members voted overwhelmingly to continue action until the number of NUT redundancies is zero.  As one of the members put it “We are not going to abandon Ralph to sink when he held the life boats for the rest of us to get in”.  We have not announced action as we are giving the school a short time to finally resolve the situation but if we have to we will.
During this dispute we have received well over a hundred messages of support such as yours from organisations and individuals all over the country plus many visits to the picket line and these have been crucial in maintaining moral.
The fact that we have been able to forward a constant stream of such Emails to members have shown them they are not alone and reaffirm to them that they are in the right fighting both for their jobs and the education of Rawmarsh children despite the disparagement of management, the local authority and, sadly, in one case another teacher union. I will keep you informed and if it is necessary for us to take further action I am sure you will renew that support. Send messages of support to secretary@rotherham.nut.org.uk 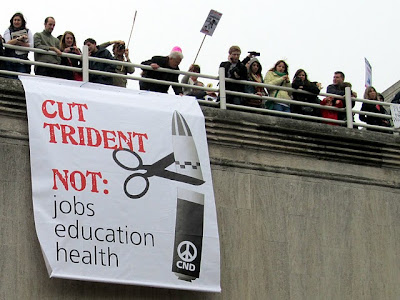