Rochdale 2
Thompson 29, O’Grady 41
Southampton 0
“Yes, we can dream,” said Rochdale manager Keith Hill when asked about his side’s promotion chances after this game. And why not, as the reality is the minnows are now sixth in League One and with consecutive home games to follow against Brentford and Carlisle they have a great chance to cement their place in the end of season play offs. A chance to play at Old Trafford in the final is clearly on.
Largely outplayed in the second period the home side showed great discipline in maintaining their shape and backed by a noisy crowd hung on for a just about deserved victory.
For Southampton defeat gives third and fourth placed Huddersfield Town and Peterborough United a chance to snatch second place from the Saints in the battle for an automatic promotion place behind Brighton and Hove Albion, who clinched promotion last night in a thrilling 4-3 victory at home to Dagenham and Redbridge. Gus Poyet’s side have proved themselves the best side in the league and with a new ground almost complete then the Seagulls are clearly on the up.
Southampton opened the match in good style and Owain Fon Williams had to be alert to prevent efforts from Rickie Lambert and Guly Do Prado sneaking into the net. The first clear chance however fell on 25 minutes to Rochdale but Chris O’Grady, put clean through, drove his shot too straight and Kelvin Davis saved with his feet. Four minutes later it was 1-0 when Joe Thompson rose above a flat footed Dan Harding to loop his header from eight yards over Davis and into the net. 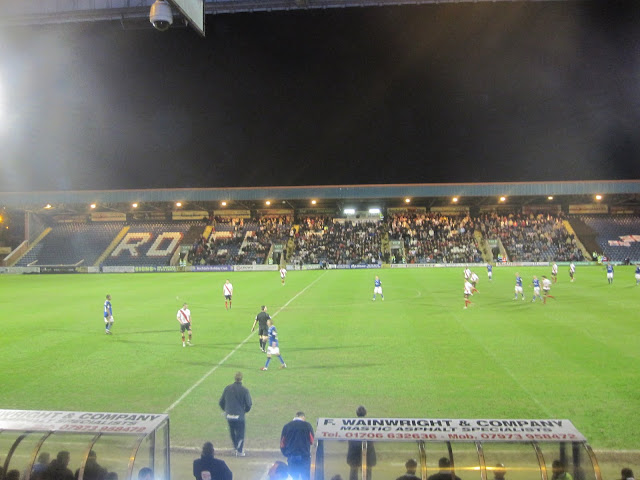 Gary Jones maintained the pressure with a fine shot before O’Grady doubled his side’s advantage when his powerful shot squeezed under Davis from the corner of the box. Early in the second period the keeper partly atoned for his mistake with a good save from a Thompson effort before Southampton surged forward.
Lee Barnard shot narrowly wide from 20 yards, substitute Jonathan Forte brought a good save from Williams and from the follow up corner Radhi Jaidi became another to be foiled by the keeper. Dale Stephens headed just over before Dean Hammond, playing a lovely 1-2 with the disappointing Lambert, failed to beat the keeper from just eight yards out. Adam Llana should have done better with an eight-yard header as Rochdale hung on for a famous victory.
No wonder Hill was in a buoyant mood after a game that was played in a great spirit saying: “We have got the momentum. It was a great team performance and there is real belief amongst the players.” One final point the referee Mr Haywood was excellent. 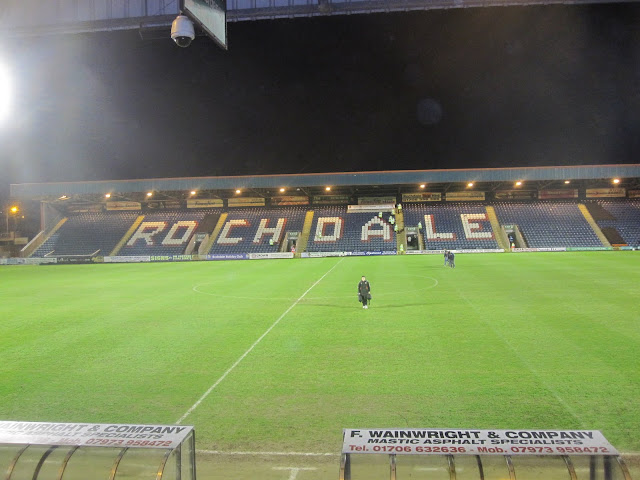