Tony Hall booklet to be formally launched in Brighton on Tuesday

The Unite Education department has just published its fourth short easy-to-read booklet on great men and women who feature prominently in the history of Unite and its predecessor unions. The union hopes these histories will provide not only fascinating reading but inspire the current and future generations of trade unionists to take up the struggle on behalf of working people. 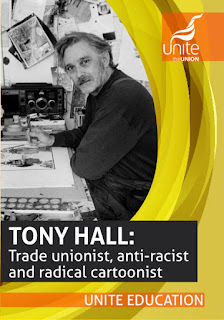 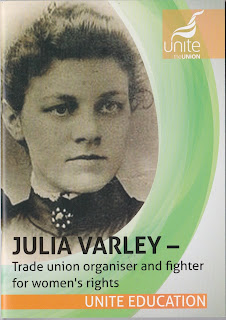 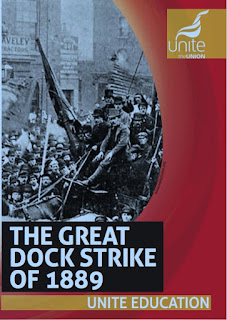 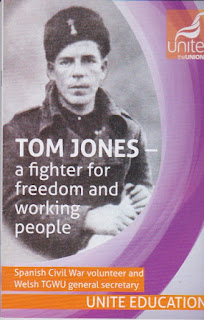 Tony Hall - Trade unionist, anti-racist and radical cartoonist features a man who was a determined life-long fighter for liberty, justice, equality and socialism. Employed as a newspaper artist at the Evening News and Sun/News of the World, Tony was an active member of his union branch and served as an elected rep on many occasions. Outside of work he risked injury and imprisonment by physically fighting fascism in east London. When Tony was on strike during the Wapping Dispute of the mid 1980s he, and other artists, produced posters, badges and T-shirts in support of the 5,500 sacked print workers. Tony did not get his job back and thereafter continued doing cartoons, graphic designs and photography for trade unions and numerous justice campaigns.

The Great Dock Strike of 1889 is about the London Dock Strike that was the foundation stone on which the modern trade union movement is based. The dock labourer’s achievement - assisted by the magnificent international solidarity from Australia - lay in convincing other unskilled workers that improvements in pay and working conditions could be won through trade union action. Nothing was to ever be the same again.

Tom Jones - a fighter for freedom and working people, Spanish Civil War and Welsh TGWU general secretary is about a former miner who actively participated in the 1926 General Strike before joining thousands from Britain and Ireland who bravely took up arms in the 1930s on behalf of the Spanish Republic in a battle to defend democracy and crush fascism. He remarkably survived being executed,  a death sentence and years in prison before returning to Britain after a successful labour movement campaign to secure his release.

He became active in the Transport and General Workers Union and was to be appointed as a regional organiser in North Wales and for parts of Merseyside. He later became the first TGWU all-Wales Regional Secretary where by recruiting thousands of workers he helped ensure decent pay and conditions across many industries.

Julia Varley - Trade union organiser and fighter for women’s rights is about a Bradford born working class woman who fought all her life for equal and civil rights, decent pay and working conditions. From an early age she understood the power of collectivism and over the rest of her life she recruited many thousands of people to join her in the struggle for VOTES FOR WOMEN and TRADE UNION BARGAINING RIGHTS. As a suffragette she twice suffered spells in prison and then in 1912 she became one of the first women officers of a mixed sex union in Britain, a considerable achievement that changed for the better the face of trade unionism in the country forever. Her unique ability - often combining strike action with political agitation - to organise the low paid, especially women, was possibly without parallel in the second decade of the 20th century.

The booklets can be download free of charge at:-

Mark Metcalf is happy to speak at meetings about his work and can be contacted on 07952 801783 and at mark.metcalf@rocketmail.com @markmetcalf07

The next booklet in the series is on Benny Rothman and will be published in April 2016.