Remembering all those from Kirkcaldy who fought in Spain

There is a plaque and a memorial on Forth Avenue, Kirkcaldy which commemorates local fighters in the Spanish Civil War. This was erected by Kirkcaldy District Council and Friends of the International Brigades, May 1980 and September 1986. It was rededicated 4 April 2009. 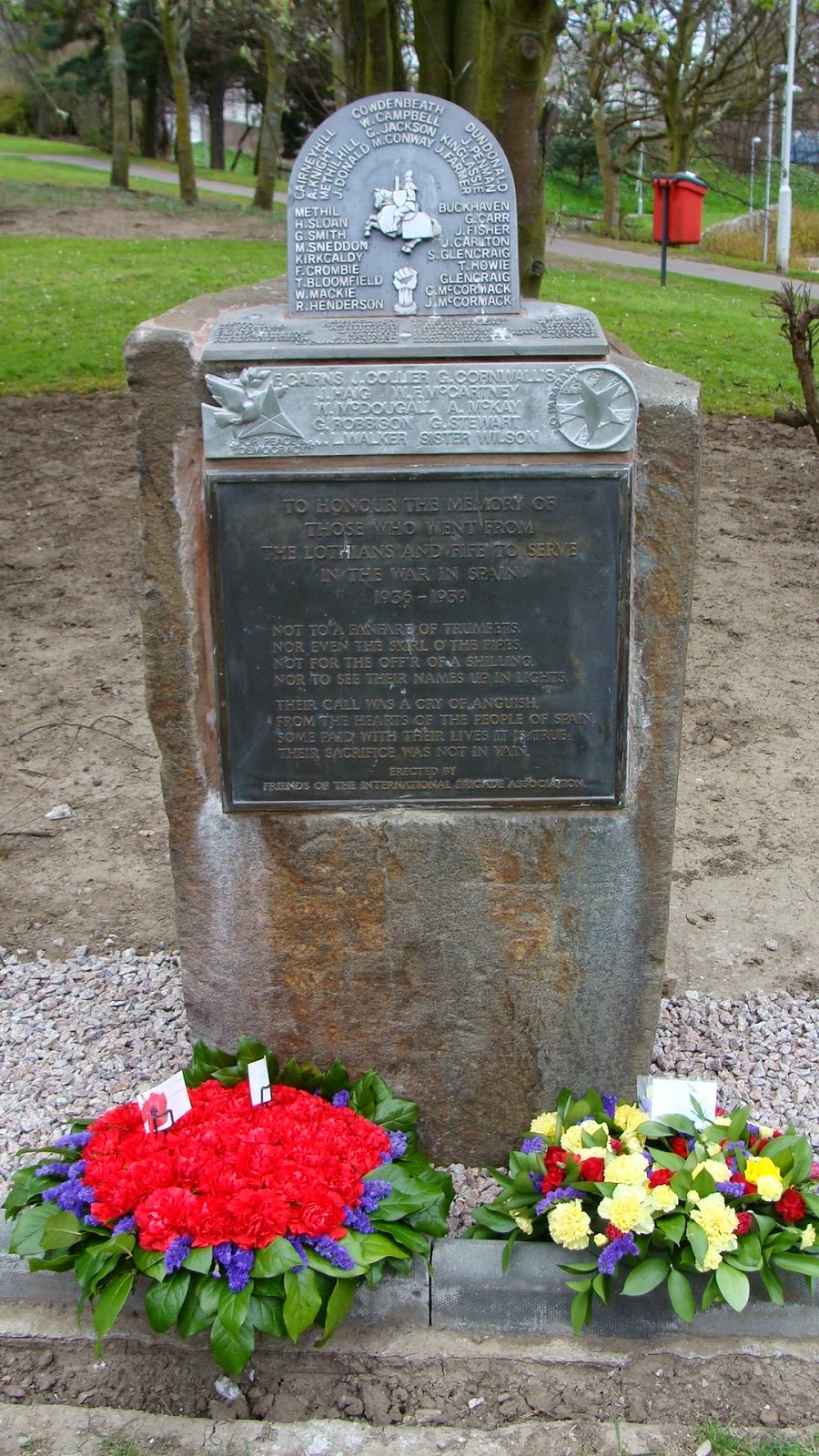 The inscription on the plaque reads, somewhat poetically, as follows:
"To honour the memory of those who went from The Lothians and Fife to serve in the war in Spain, 1936 - 1939."

The names on the memorial are as follows:-