Prestonpans Spanish Civil War Memorial, East Lothian
There is a little bronze plaque on the east side of the Prestonpans War Memorial in Civic Square that is ‘Dedicated to the memory of those who laid down their lives in the defence of democracy. Spain 1936-39.’ It also includes a quote from the poet Byron: “They never fail who die in a great cause.”
Local man John ‘Jock’ Gilmour was killed at the Battle of Jarama on 12 February 1937. After a meeting at Ayres Wynd, the common meeting place in the centre of Prestonpans, he volunteered along with Jimmy Kempton and George Watters. The latter told his story in the book edited by Ian MacDougall called VOICES from the Spanish Civil War and in which he recalls how Jock Gilmour was killed. (See below) 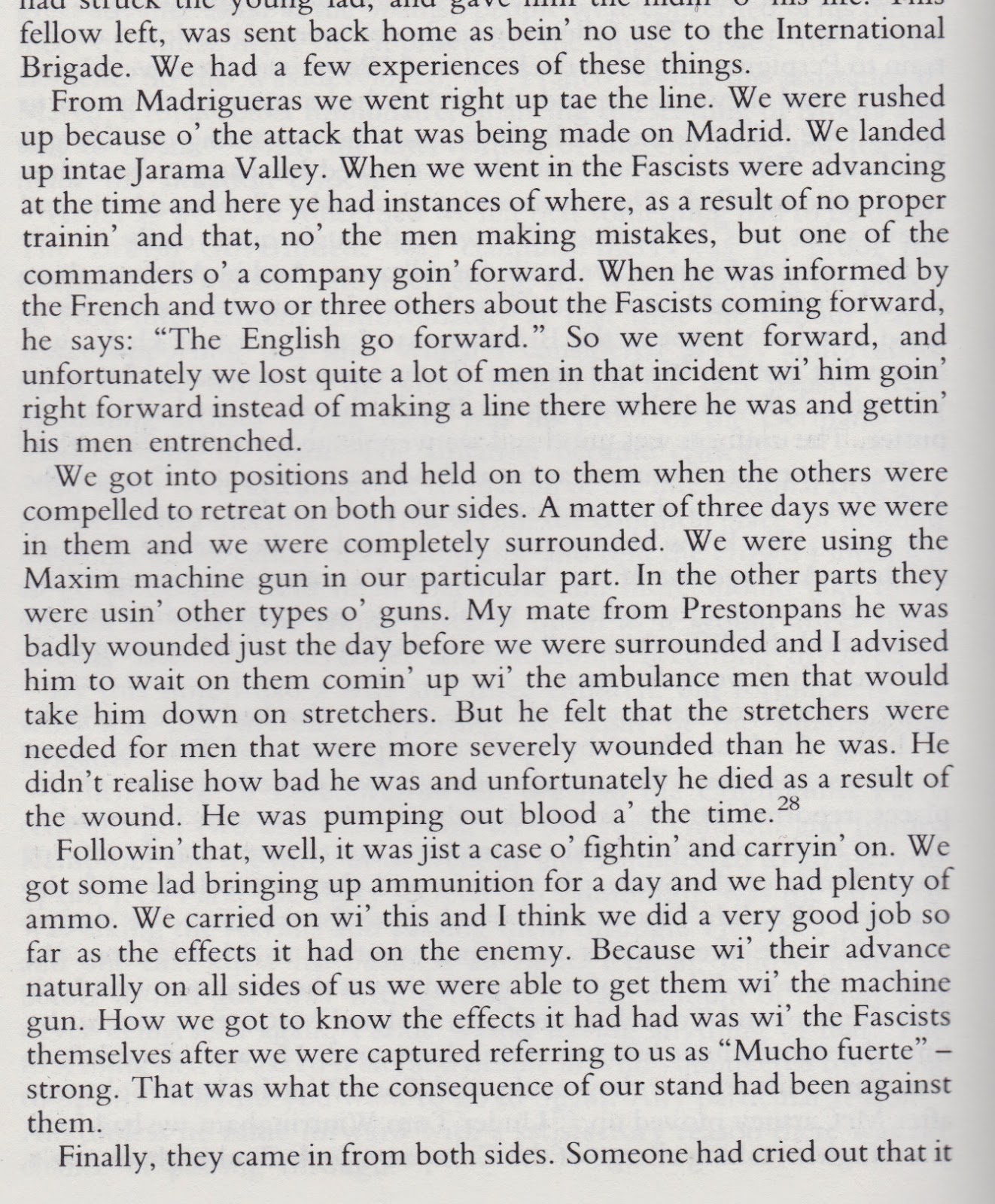 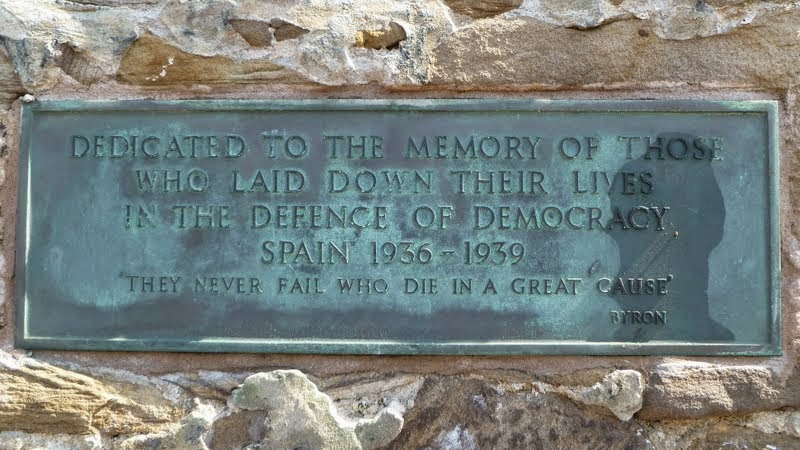 Many thanks to Mike Arnott for this photograph.
Posted by Mark at 06:23