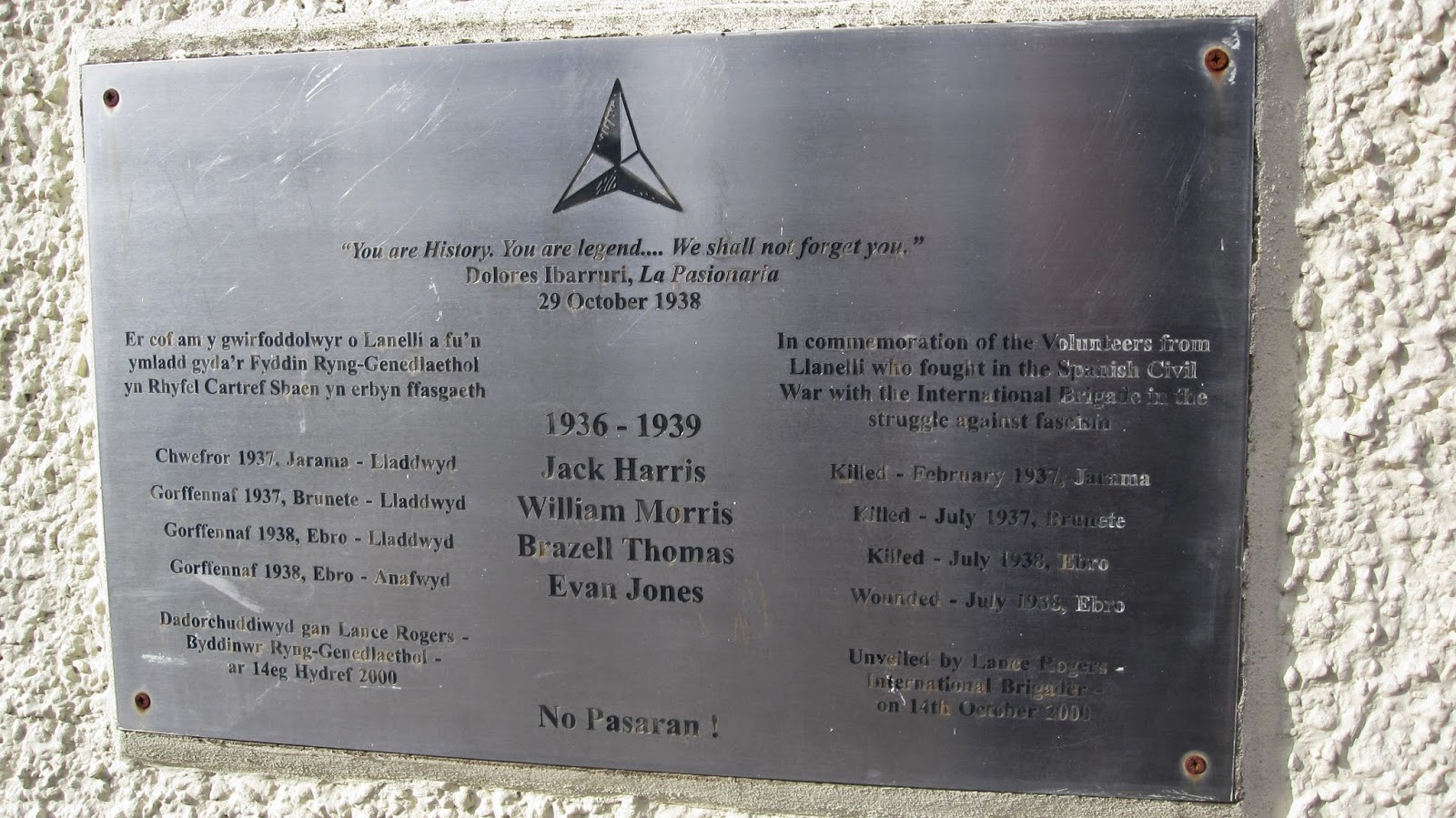 There is a grey plaque outside the Llanelli Plaid Cymru offices, 11 John Street that commemorates the local volunteers who fought in the Spanish Civil War with the International Brigade in the struggle against fascism.

Jack Harris, William Morris and Brazell Thomas were killed at Jarama, Brunete and Ebro respectively. Evan Jones was wounded at Ebro. The plaque was unveiled on 14 October 2000 by Lance Rogers – an International Brigadier from Cefn-Coed near Merthyr. 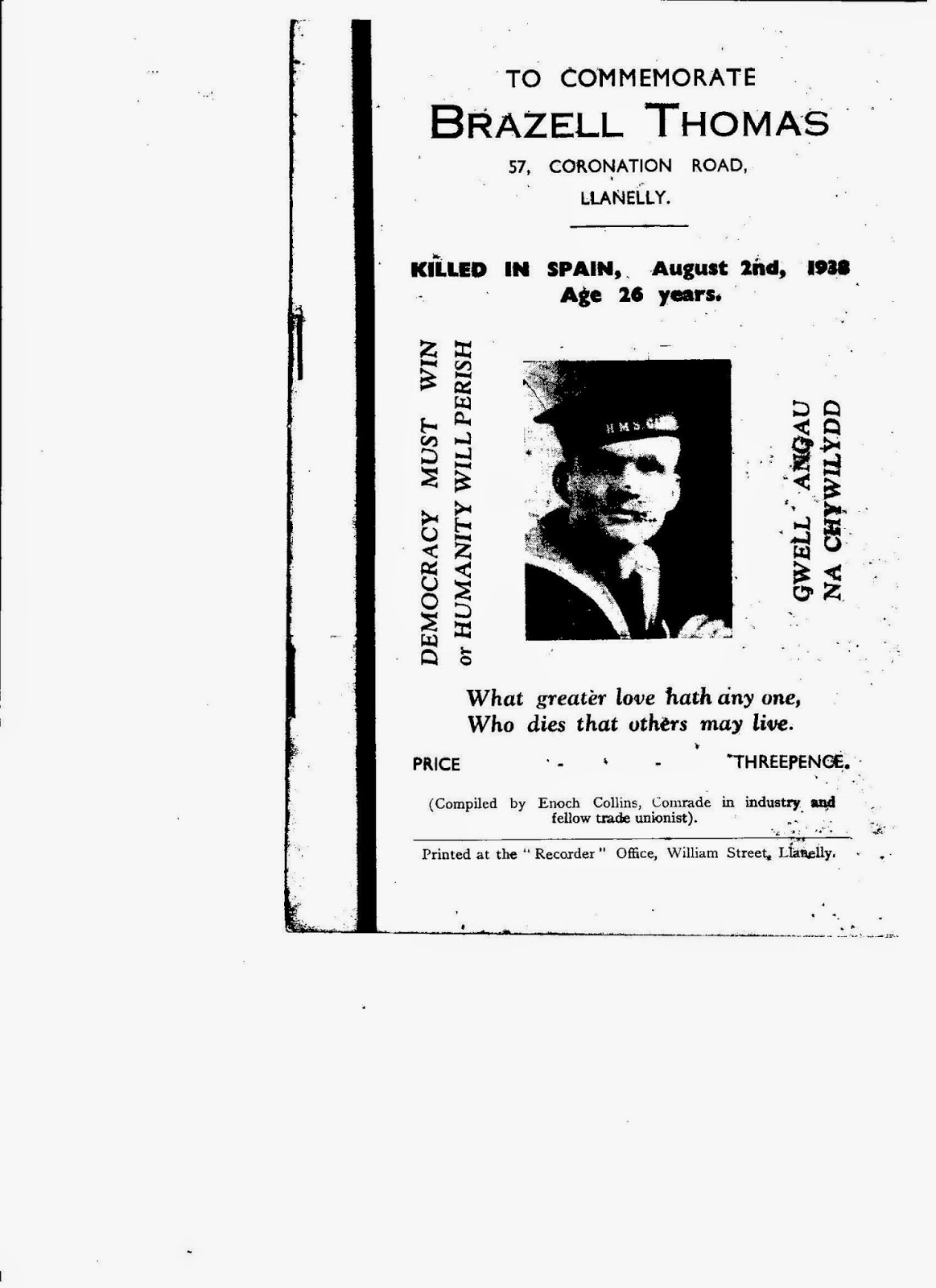 Many thanks to to thank Rhydwyn Ifan, secretary of Plaid Cymru, Llanelli for his work in tracking down the information on Brazell Thomas.

This article appears on the Rebel Road pages at Unite education.