Under the name of Jack Brent, George Dickie fought in the International Brigades in Spain against General Franco’s fascist forces. He was badly wounded at the battle of Jarama. Despite his horrific wounds leaving him with crippling pain he subsequently became national secretary of the International Brigade Association and in which capacity he assisted Brigaders imprisoned across Europe after the Spanish civil war ended.
As prominent member of the Communist Party in Chalk Farm, London, Jack was heavily involved in successful campaigns to permit Londoners to gain access to  the Underground during the Blitz in World War Two. Having never recovered from his injuries, Jack later returned home and died at aged 39. Located on a butcher’s shop where he worked as an assistant, a memorial to him was unveiled in Whithorn in 2006. This was not without controversy with some local residents criticising his politics. 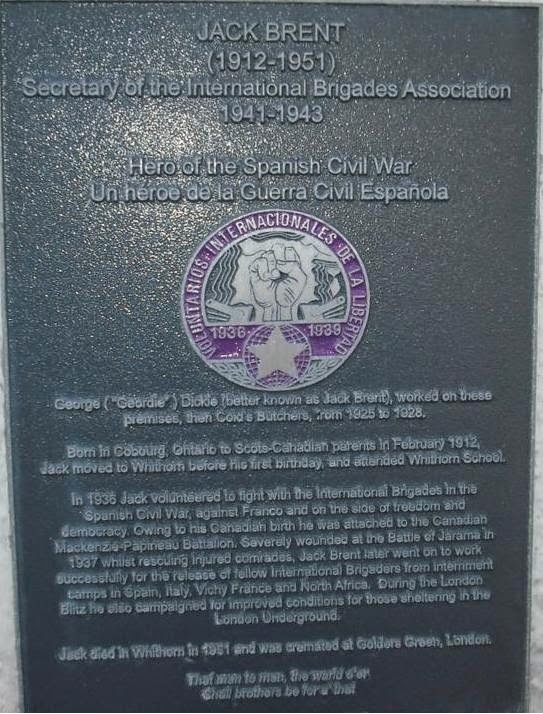