This is a slightly revised article of the one that was published by the Big Issue in the North magazine dated March 28th 2011.
It's six years since foxhunting with dogs was outlawed. Today, supporters of the legislation are employing undercover methods to determine whether opponents are remaining within the law.
It's a cold, wet, miserable Sunday morning but Paul Tillsley, operations manager for the League Against Cruel Sports, is in a remarkably cheerful mood. He's travelled hundreds of miles and is not going to be put off by a “bit of rain”, especially when his task involves preventing acts of cruelty to animals. 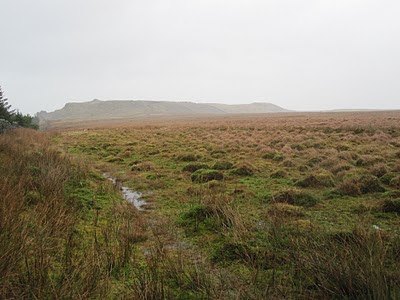 The Forest of Bowland is an area of barren gritstone fells, peat moorland and deep valleys. There’s a touch of irony that getting to it is made easier by the road signs depicting a hen harrier, the poor bird being almost extinct locally following its decimation to make way for the profitable ‘sport’ of grouse shooting. Much of which is organised by the Duke of Westminster from his 19,000-acre Abbeystead estate.
As an Area of Outstanding Natural Beauty many tourists, walkers and cyclists keen to pit themselves against some of its rugged terrain visit it.  Locals too are regular visitors. Including, between November and March, Hodder Valley Foxhounds who each year are granted a license to ‘prevent foxes doing serious damage to livestock.’ Paul and his three colleagues from the League Against Cruel Sports [LACS] have turned up to see if in doing so those involved keep to the conditions imposed by the landowners, the Forestry Commission. 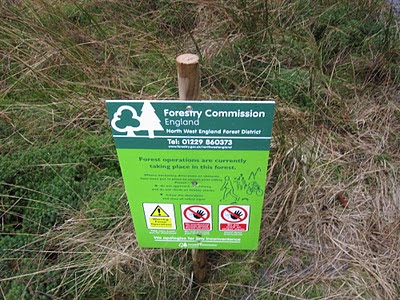 Tillsley, now in his eleventh year with LACS, is armed with just a notebook and a small easily hidden video camera. This is perfect for monitoring on foot, whereas on some occasions he and the team under his direction will observe activities from miles away using state of the art long-range camera equipment.
With two or three field visits each week he’s monitored almost 500 hunting events since Labour, against strong opposition from the Conservatives, outlawed hunting with dogs in England and Wales from February 18th 2005 onwards.  On only one occasion can he recall a hunt clearly staying within the law by laying a trail in advance. He estimates that in at least “six out of ten cases the law is flouted and rules ignored.”
Monitoring and recording the breaches requires courage. Living in Exmoor he largely ignores the pubs after abuse from locals involved in the many deer and fox hunting groups that exist there. His photograph, as has that of Ed Shephard, LACS investigations officer, been posted on sites that would like to see the Hunting Act repealed.
Not so the other two men on this operation, all of who have received covert surveillance training similar to that provided by RSPB and RSPCA. Their aim is to get close enough to see the action whilst remaining inconspicuous enough not to be identified and challenged. It doesn’t always work out that way and both reported being attacked last year. Keen to protect their anonymity neither was willing to be interviewed.
The four, all motivated by a desire to prevent animal cruelty, had however travelled a long distance using hire cars, LACS taking its employees safety very seriously. Staying locally for the weekend they’d avoided telling anybody the reason for their visit.
Paul first got involved, as a volunteer, more than 25 years ago. He reports it’s a role more young people are willing to consider. There was a gap ten years ago when many people felt that proposed legislation would be enough to end the foxhunting practices they found objectionable. Feeling it hasn’t, and with the majority of Conservative MPs known to be in favour of repealing the legislation, Paul says that more people are now coming forward to get involved.
Not everyone could do the role of a monitor. “They need to be fit as on some days you end up walking 20 miles. They must also be able to remain calm and understand our role is not one of intervention but monitoring.  Anyone interested would need to speak to our head office first,” said Paul who estimated that the weekend’s work would cost LACS around £2,000. It’s a hefty sum for an organisation that relies on donations and bequests on a person’s death for funds.
It was a lack of money that forced a change in direction four years ago, LACS abandoning the private prosecution route that was costing a minimum of £60,000 a case. Instead of which they now collect evidence to submit to the Police and Crown Prosecution Service to consider legal action in the most serious cases. Whilst even if there is little likelihood of a prosecution LACS will report any possible breaches of the Hunting Act to the authorities.
The local police will also be telephoned. The response can vary. Each force has a wildlife crime officer. Yet with wildlife well down the list of priorities it’s often undertaken by a volunteer, most doing any work in their spare time. Paul reported that most are sympathetic - either on animal welfare grounds or because they don’t admire lawbreakers - but he’s also met some who admit to being keen hunters themselves. He’s aware that whilst opinion polls regularly indicate a majority opposed to fox hunting it’s still not the case that it’s socially unacceptable. He knows of, amongst other senior public figures, judges, barristers and high-ranking police officers that still regularly get involved.
In an ideal world he’d be happy to be made redundant as it would mean every hunt was remaining within the law. As they don’t he’s pleased to gather evidence for a successful prosecution. Last year Alistair Robinson, a terrierman with the Ullswater Foxhounds, Cumbria, was found guilty of breaching the Hunting Act by illegally hunting a wild mammal in October 2009.
Video evidence collected by LACS showed Robinson digging out the fox from underground, beating it to death and then trying to hide the horrifically injured animal. Robinson was fined £250 and ordered to pay £900 in costs.
LACS Chief Executive, Douglas Batchelor, said: “This was a vicious attack on a wild animal which would have gone unnoticed had it not been for League evidence. The guilty verdict is yet another example of how vital the League’s work is in assisting the police with ensuring the Hunting Act is effectively enforced.”
Approaching the designated area where permission for controlling foxes had been granted to Hodder Valley Foxhounds Paul was keen to see if any of the conditions imposed by the Forestry Commission had been flouted. Just recently he was left shocked when he witnessed a gunpack in the south that was using a busy public footpath to shoot from and over. Thankfully, things didn’t turn out as dangerous this time. 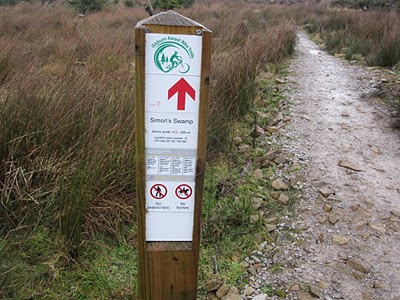 It was immediately clear though that there were no signs up warning people that shotguns were being employed in the vicinity. Also if there was any ‘marshalling at an appropriate level to exclude access to the area by people other than participants’ it was difficult to see where and when I asked if it was safe to enter a shotgun barer admitted “he wasn’t sure.”
As a ‘guest’ I stayed outside. Keen to see if the hunters might have ignored other terms of the 2004 Hunting Act, especially the one making it a requirement for a fox flushed out of its hiding place to be shot quickly before it can be torn apart by the hounds, two monitors entered looking for dead foxes.
We’d heard a number of shots. In the event if anything had been hit or killed it was never located. If there were deaths these should be recorded in an annual, written report that must go to the Forest Management Director no later than March 21st.
Whether this report will also include what was a fairly blatant breach of conditions that impose a maximum use of just two dogs will be interesting. With at least eight times as many clearly visible they ran off to continue the chase on land well away from the designated hunting areas.
In their wake trailed around half the hunting pack of eight people, most openly carrying their shotguns. This could well contravene section 19 of the Firearms Act 1968, whereby it is an offence to carry a firearm in a public place. Cyclists, emerging from tracks through the forest, blinked in confusion as they sped on by. 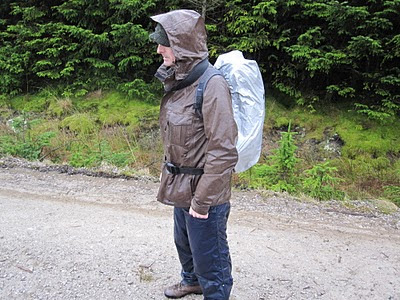 With the rain now chucking down the sanctity of a warm car and a change of clothing came as a welcome relief. Contemplating a long journey home, before being back out on operations in Somerset the following morning, Paul Tillsley was already compiling his report that I understand the LACS legal team is still examining.


The Forestry Commission though is content that nothing irregular took place, with its Head of Estates Mark Thornycroft replying to a series of questions by saying “We do expect any permit holder to comply with terms of the permit regardless of the activity, and where firearms are involved compliance is essential.  The conditions on this permit were significantly tightened this year because of recent concerns, and we were given assurance that these would be fully complied with.  On this occasion, and having operated a reasonable level of monitoring we have no evidence of transgressions.”
Convictions under the 2004 Hunting Act last year rose to 57. This is a significant jump on the previous figure of 33, and is something, which encourages Ed who said, “every conviction in court is really sending through a strong message that the Act works. We are making progress against a good number of people who are determined to break the law.”
Posted by Mark at 10:42