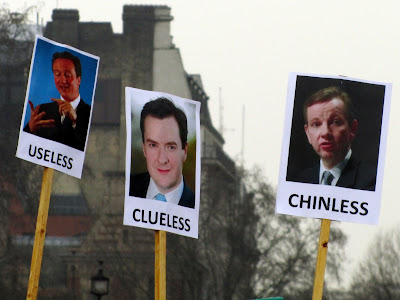 Went like hundreds of thousands of other concerned citizens to London yesterday. No idea how many were there as it took about two hours of waiting to get to the starting line and another two hours plus to reach Hyde Park where the speeches had long since ended. Fair play to Tim from the Access Committee from Leeds whose blindness wasn't going to prevent him walking the whole way.

There was a bit of trouble but considering the economic and social damage being done by Cameron and Clegg, big business and the banks it was only to be expected. The media are doing their best to suggest that those involved were viewed with hostility by the majority of the peaceful crowd. That's not how it seemed on the demonstration, I think most people view them as 'awkward cousins' who wouldn't be their  first guest at a party but they'd still get an invite as they liven up proceedings.

Lots of photos from John Harvey of the march in this gallery showing the cross section of people taking part:-
TUC March 26 2011 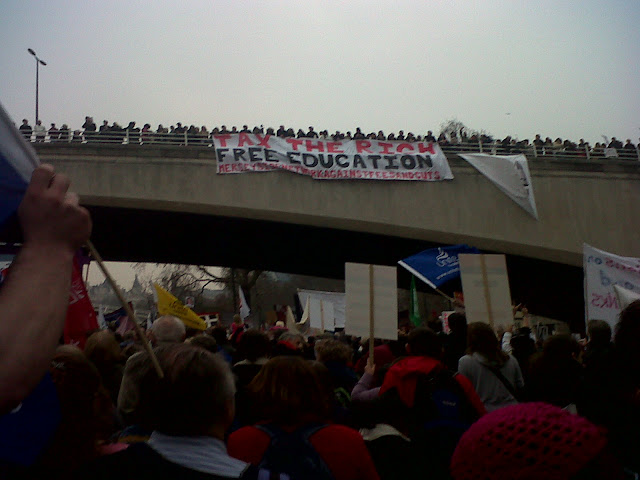 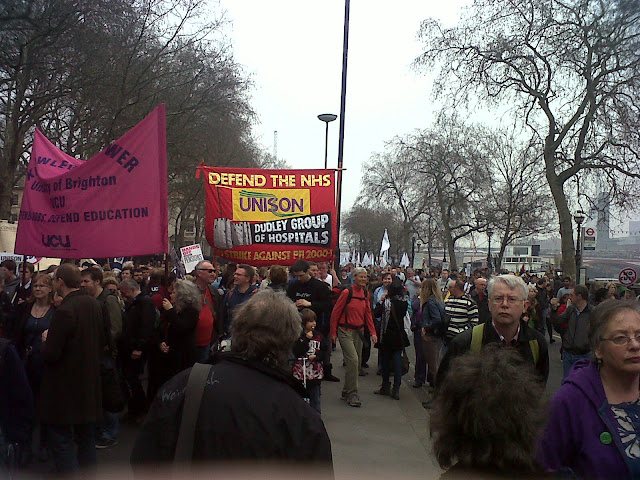 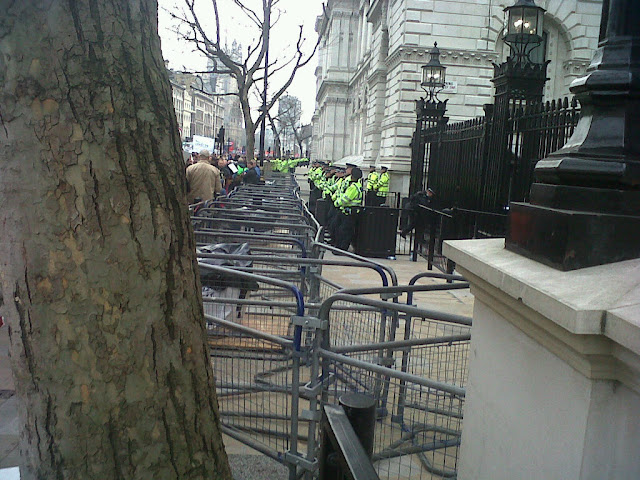 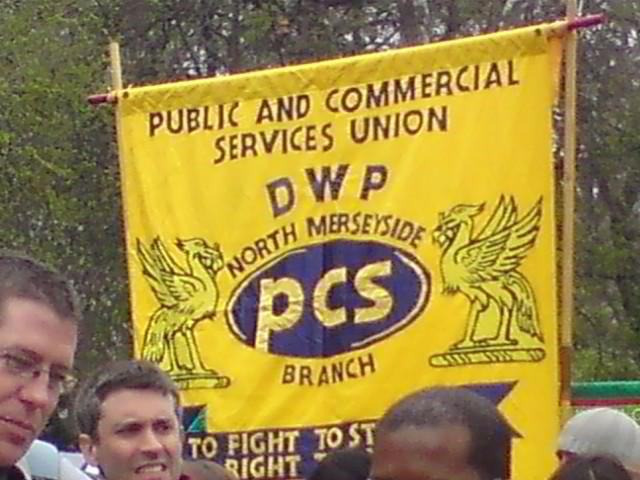