Marxism contends that there is a permanent struggle between the owners (the bourgeoisie) of production and a labouring class (the proletariat). Only by conquering political power can the latter end exploitation by establishing a classless society based not on profit but on ‘from each according to his ability, to each according to his needs.’ As such, every person will have educational opportunities to help them achieve their highest potential as well as a job to give them the opportunity give their best efforts back to society. In return for their labour, all citizens will have nothing less than the complete satisfaction of their material and cultural needs.

Marx, one of the most influential figures in history, Marx published numerous books during his lifetime, the most notable begin the Communist Manifesto (1848) and Das Kapital (1867-1894).

Marx was exiled to London in 1849 and lived there till his death in 1883. The east wing of the Marx Memorial Library (MML) was used as a coffee house in the 19th century and Karl Marx’s Working Men’s Association held meetings there. The Russian revolutionary, Vladimir Lenin, also edited his paper Iskra on the premises between 1902 and 1903.

The MML is dedicated to the advancement of education and learning in all aspects of marxism, labour and working class history. The Library has 46,000 volumes in the lending section including a huge selection on the Spanish Civil War, Socialism and the British Labour Movement. The reference collection has an extensive holding of journals dating back over 150 years.

In recent times, the MML, which is currently hosting an exhibition on the print workers dispute at Wapping in 1986-87, has been reapplying itself to developing working class education. There are regular lectures and evening classes on Marxism, political economy for trade unionists and art and revolution. There are plans for distance learning courses. The MML also sells a range of books, badges, t-shirts, posters and postcards.

Membership of the MML costs £20 for individuals and £50 for trade union branches. 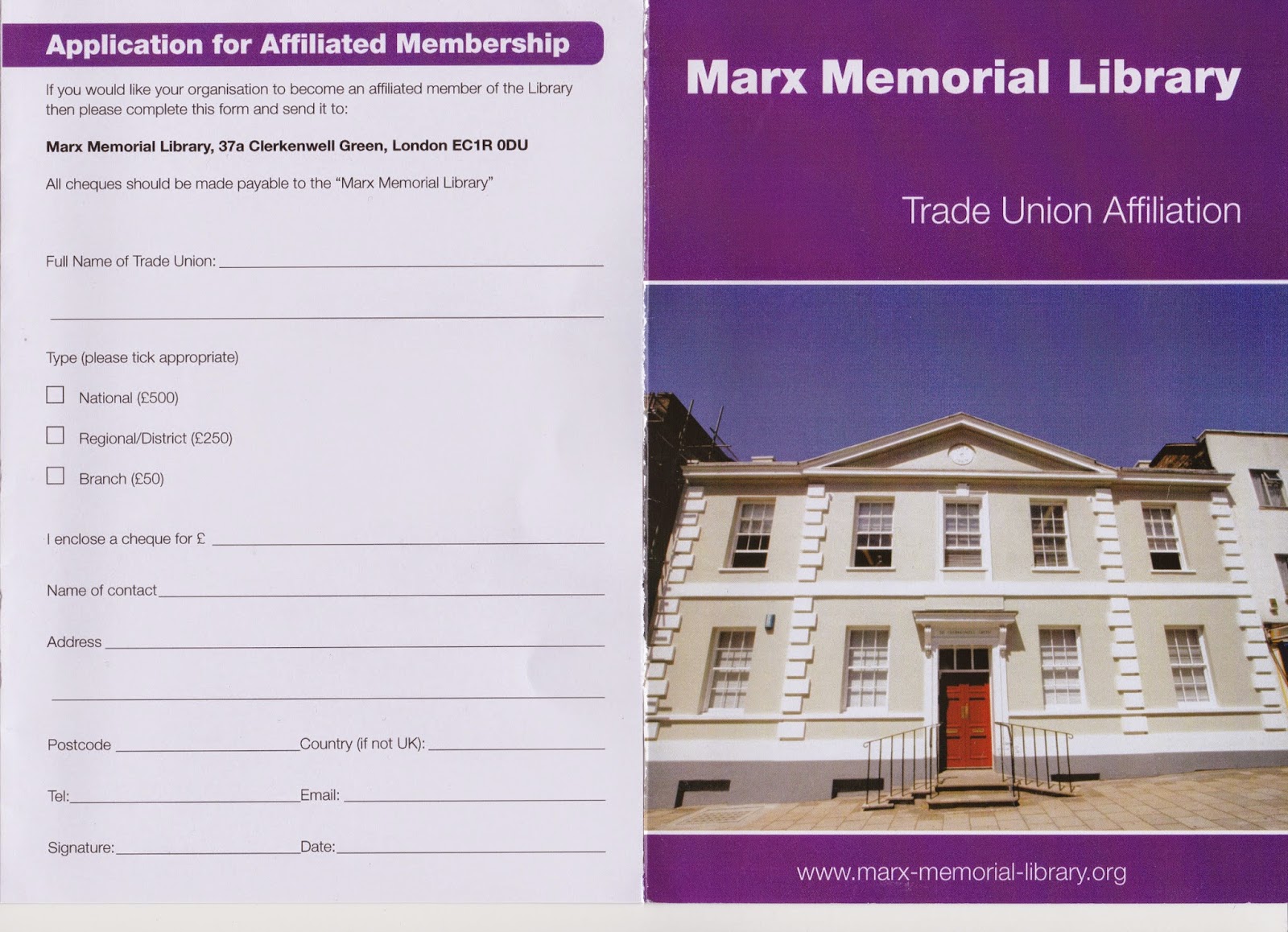