The memorial is located in Bathgate Sports Park, below which lies the remains of Balbardie Colliery, where on Tuesday 19 February 1895 a boiler explosion killed Richard Biswick, a fireman employed by the owners (Henry Walker and Cameron) and Robert Strickland, a tramp who happened to be in one of the fire holes when the boiler exploded.

In 1992 an International Workers Day Memorial was commissioned by the Lothian Federation of Trades Councils. Since when every April 28th a special ceremony is held to Remember the Dead and Fight for the Living. 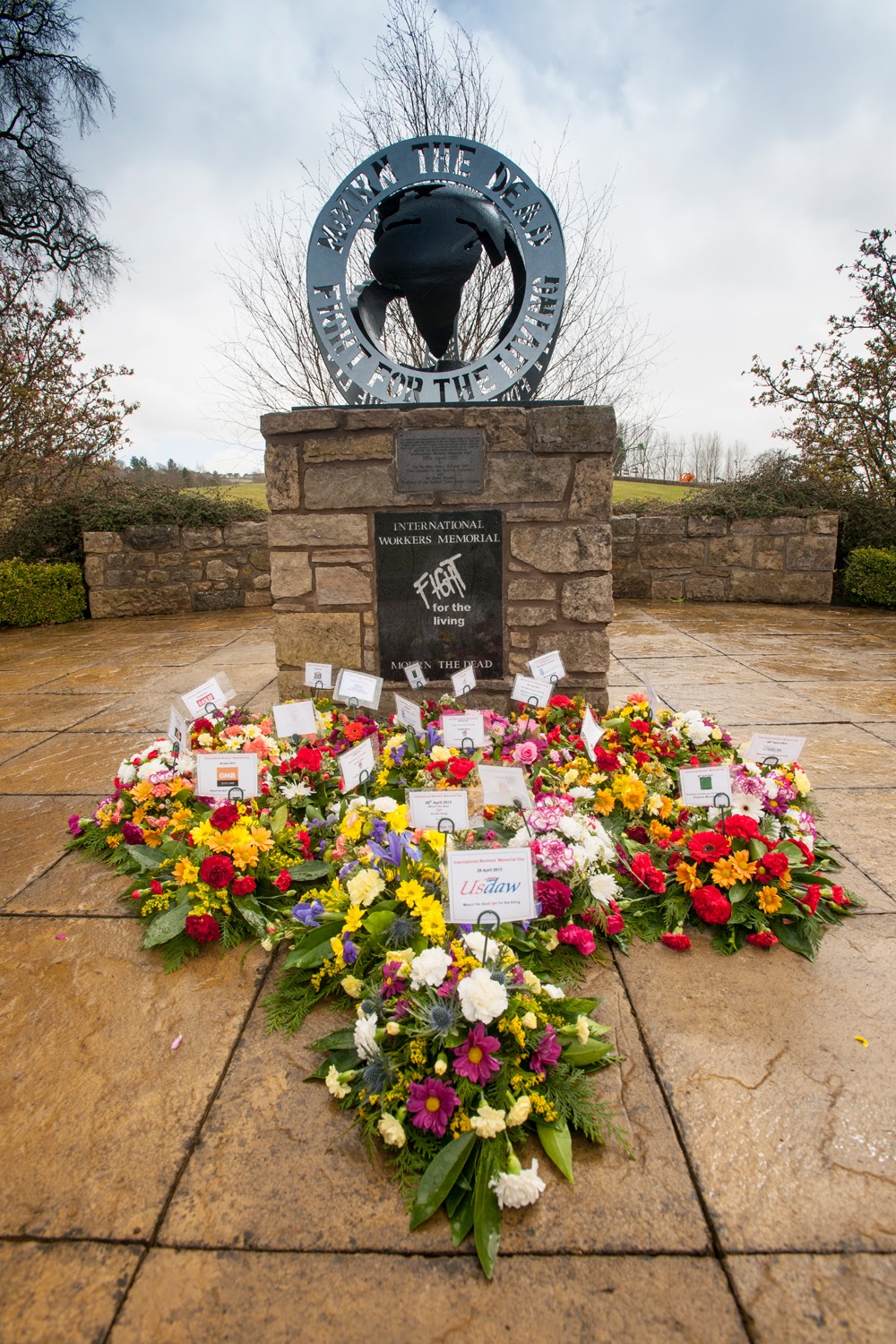 For more details on the explosion see http://scottishmining.co.uk/indexes/1895deaths.html

There is book which gives greater details about the explosion: Historic Steam Boiler Explosions is by Alan McEwen and available at www.sledgehammerengineeringpress.co.uk

Many thanks to Jim Swan, West Lothian TUC secretary and Unite member, for the photograph and information on this important memorial.