Stitched up - the anti-capitalist book of fashion

The huge economic and social costs of fashion under capitalism are revealed by Tansy E Hoskins, with the author then analysing whether people’s lives and the environment would be better if clothing production was socially organised.

To create a book that dealt with all the fashion issues I was concerned about -  from workers rights and the environment to racism and cultural appropriation. From the eating disorders I have watched friends fight to the desire within people to consume clothes that is like a black hole that can never be filled. 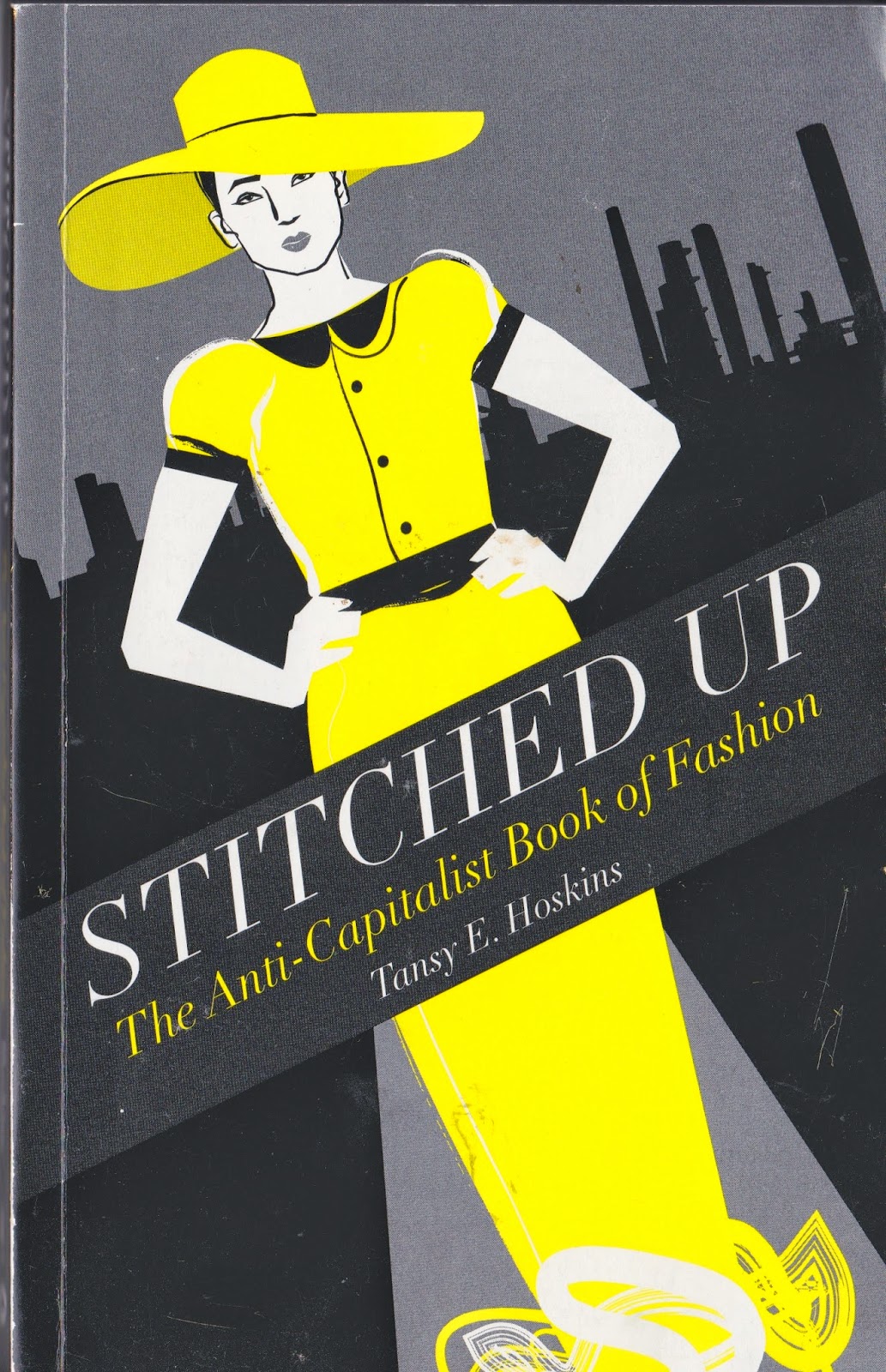 People’s wages have dropped so far that debt is one of the key things keeping capitalism going. Yet despite becoming poorer, people must keep up with fashion and it has become conventional for young women, in particular, to get into debt to do so.  Store and credit cards with hugely exploitative APR’s are ruining lives.

3)    What is the profile of fashion companies?

The fashion industry is ruled by gigantic monopolies owned by some of the planet’s richest people. H&M owner, Stefan Persson, is worth approximately $26 billion and Bernard Arnault, owner of luxury conglomerate LVMH, $41 billion. The fashion media is similarly monopolised with a handful of brands owning most magazines and even blogs. Whilst the industry pretends to be all about freedom of expression and individuality, actually we are experiencing culture on corporate lockdown.

4)   How are exploited workers fighting back?

The garment industry is constantly on the boil at the moment, the last few months have seen dramatic protests by garment workers in Bangladesh, Cambodia and Haiti with strikes, rioting and factories set on fire. Trade Union work is certainly a big part of winning decent standards for garment workers as are solidarity movements across the world which are highlighting abuses of workers, animals and the environment.

5)    What damage is fashion doing through developing the cult of thinness?

Fashion industry models have a body type shared by just 5 per cent of US women. If you are not born with that body type there is nothing that you can do to achieve it. The industry promotes a fake body ideal as something achievable. This is deeply dis-empowering. It leaves women feeling inadequate and spending large amounts of their time trying to alter their appearance. Women (and men) are denied happiness by constantly being told there is something wrong with them.

6)    Is the fashion industry environmentally damaging?

The fashion industry is carpet bombing our planet. The Chinese textile industry is the third worst water-polluter out of the country's 39 industries. Fashion is a deregulated, subcontracted, trend-based industry that relies on selling billions of short-life units every season at a maximum profit. It sees natural resources like water as ‘free’ for it to use to maximise its profits, whereas the destruction of these crucial resources will be paid for at a terrifying price.

I go into a lot of ideas for fairness, change and new aesthetics in the final chapter, titled ‘Revolutionising Fashion’. One idea to consider is what factories would look like if there were no owners or bosses. The 1,134 people who died in the Rana Plaza factory collapse in Bangladesh were forced under threat to work in that factory that they knew was unsafe. Without capitalism, the Rana Plaza owner would have been working there like everyone else and it would also have been his life at risk from criminal practices.

Socially organised production will end over-production because no one, not reliant on wages, will vote to work 15 hour days seven days a week on an assembly line to produce 20 billion pieces of clothing. The only people that need such vast quantities are those that sell them at a profit - under collective ownership their role would  cease.