Is there a plan if the banks went bust?

When savers in Northern Rock rushed to remove their hard earned cash in 2007 the collapse in the value of the banks assets sent shudders, still being felt today, across the whole of Britain’s financial system.


Indeed, so great was the crisis throughout 2008 and the first half of 2009 that some political commentators and economists believed the country was on the edge of bankruptcy. Iain Martin in the Telegraph newspaper was amongst them, writing on January 20th 2009 ‘that with every step taken by the Government to frantically prop up the British banking system, this central truth becomes ever more obvious....the country stands on the precipice. We are at risk of utter humiliation, of London becoming a Reykjavik on Thames and Britain going under. Thanks to the arrogance and serial incompetence of the Government and a group of bankers, the possibility of national bankruptcy is not unrealistic.’
Thankfully Martin’s fear proved misplaced. But with plenty of economists worried that the coalition government’s plans to slash billions of £’s in public spending might create a ‘double-dip’ recession then what would happen if Martin’s mistake was simply his timing, and the banks did, in fact, collapse? 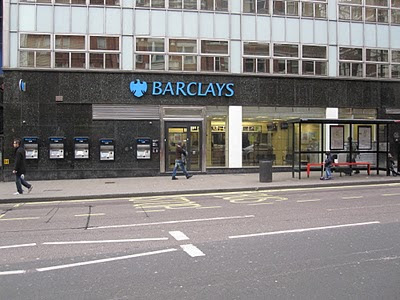 The answer, if enquiries to a range of government organisation’s and Britain’s biggest food chain are to be believed, appears to be very little.
Britain’s Emergency Planning College is based near York. Currently managed by Serco Limited its website states it is ’situated at the heart of Government, within the Civil Contingencies Secretariat of the Cabinet Office, and responsible for running courses on an inter-agency basis in the field of crisis management and emergency planning.’ Six thousand delegates a year participate in its diverse programme intended to share good practice. Has it ever run, been asked or would want to run a course on what the authorities should do in a situation where the country has experienced financial Armageddon?
A senior college official is initially more than happy to help. Agreeing that whilst they’ve never run such courses they might be a good idea, only to immediately retract his statement asking not to be named for “fear of losing my job.”
Perhaps the Cabinet Office can be of greater assistance? No-one questions the argument that the banking and finance system could collapse - so has the Cabinet, past or present, discussed having plans drawn up on how to react if just such a situation arose? After all isn’t it better to be prepared for all eventualities? It takes nearly three weeks to receive a reply stating ‘the best people to speak to on this are actually the Treasury.’
Meanwhile, what would be the response of Tesco, Britain’s biggest supermarket chain, if money became worthless? Would they be willing to distribute food free to people whilst the authorities introduce emergency plans to restore confidence in the financial system? Curtly a spokesperson tells me “No comment.”
Over at the Treasury it may have as well been the same response; with a spokesperson blandly stating the department is “responsible for ensuring that appropriate plans exist to manage major operational disruption. We work with the Financial Services Authority……….to maintain financial stability. What’s more, the Government is currently reforming the regulatory structure which will further improve oversight and regulation of the UK’s financial services sector.”
As the reply fails to answer any of my questions I go back to the Cabinet Office and put it to them that there aren’t any plans in place for a banking crash, that whilst no-one in authority disputes it could happen there’s no one brave enough to admit plans need discussing for just such an eventuality. Not so and as proof I am told why not take a look at the 22 capability work streams for emergencies that are listed on the Cabinet Office website. Clicking on the link listed under Financial Services I am returned back to the Treasury Office.
The whole exercise has taken a frustrating ten weeks. This is a lot longer than it would take for Britain’s supermarket shelves to run dry and starvation to kick-in as the country no longer has the capacity or skills to feed itself, relying for almost half of what we eat on the imports that we would be unable to afford if the value of the £ disappeared. It’s a grim scenario but one surely that any Government should consider and make contingency plans for?
Posted by Mark at 06:12