Taken from the Rebel Road project of Unite education.

Queen’s Park, Bolton is the location for the John Fielding Monumental Statue. 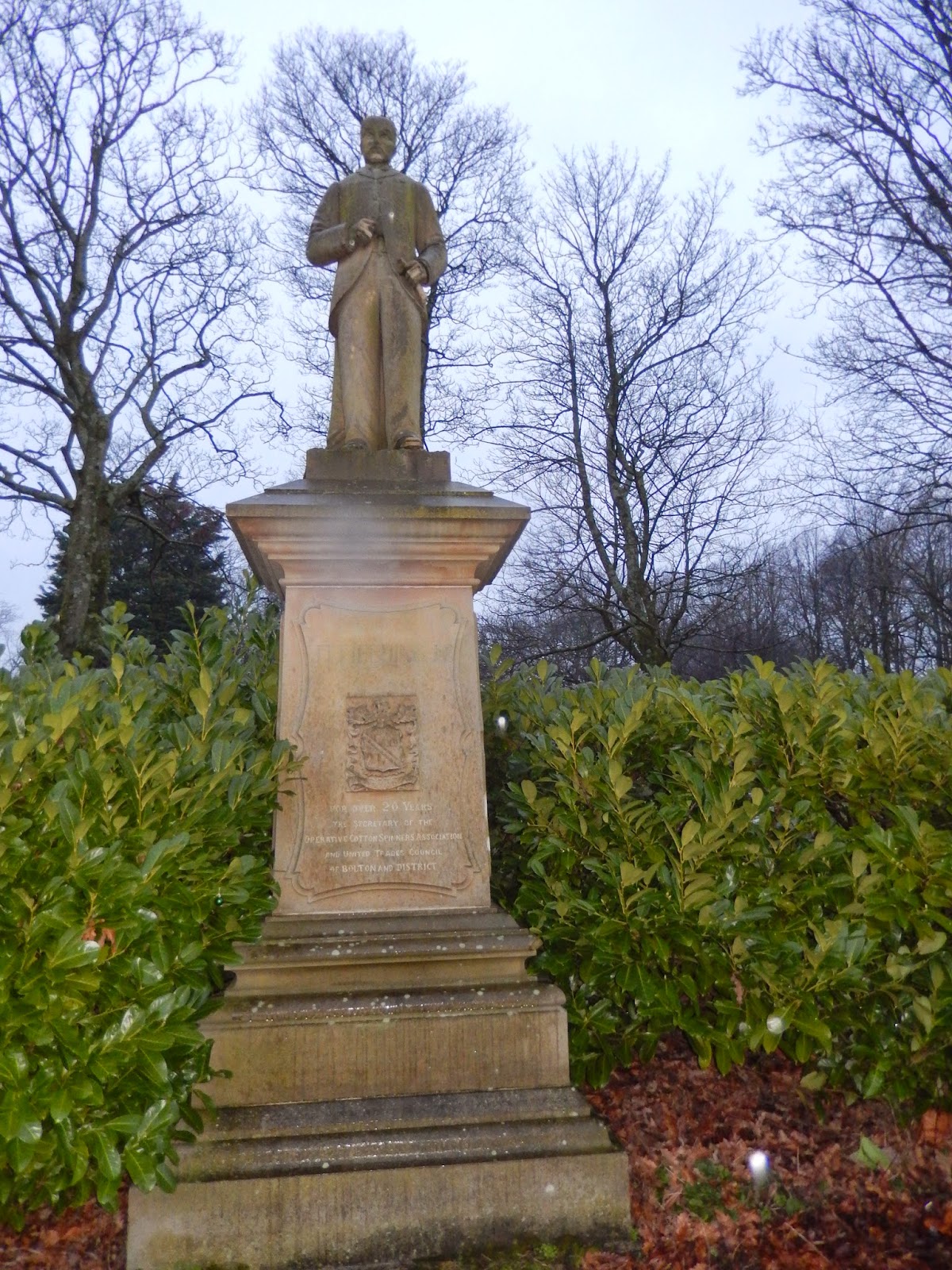 The inscription on the pedestal reads:-

UNITY AND EQUITY WERE THE GUIDING PRINCIPLES OF HIS LIFE

Erected by the trade unionists and public of Bolton and presented to the Borough, July 11th 1896.


The son of a cotton worker, Fielding was born at Redlaur, near Blackburn in 1849. He took up the same profession at aged 12 and remained a mill worker until 1874, when he replaced his father as secretary of the cotton spinners association, In November 1874 he became secretary of Bolton Trades’ Council.

He successfully united the two trade union branches of the cotton spinners’ into one organisation, the Operative Spinners’ Association. According to the Bolton Journal the Association was ‘second to none in the kingdom for wealth and power.’ The paper praised Fielding for his ‘energy, great gasp of thought and forceful character’ that ‘lifted his fellow workers……to the proud position they now occupy in the industrial world.’

When he became in 1879 a Bolton J.P he was one of the first trade union leaders to be appointed to the magisterial bench.

When he died in 1896, his many friends and admirers wanted to get together to maintain his memory. A memorial over his grave was considered but discarded in favour of a statue to mark his true value and in recognition that a workman’s life is just as important as those of soldiers, politicians and the wealthy. The 6’ statue, costing £250 and sculpted by J.W Bolden, stands next to that of Benjamin Disraeli, Britain’s first and to date only Jewish Prime Minister. In 1984, the heads of both statues were removed by vandals and when discovered were quickly restored.

Tens of thousands attended the unveiling, undertaken by Lord James of Hereford, a sponsor of factory legislation, of the Fielding statue on 11 July 1896, at which speakers attacked the ‘sweating’ processes and poor employment practices that were driving down wages in the cotton industry.

The ‘discovery’ (*) by the Rebel Road project of the Fielding statue has come as a bit of surprise to radicals in Bolton. The Lancashire town has a long-running (Bolton) Socialist Club, where the meetings of Bolton Trades Union Council take place. Unite member Martin McMulkin is secretary of the Trades Council and admits; “I’d no idea we had a statue here in Bolton of a trade unionist. Other people I spoke to also had no idea. I’ve little doubt we will now do something to mark John Fielding’s achievements in the future.”

Perhaps you know of a statue in your town or city that commemorates a trade unionist? If so, please get in touch, as so far the research undertaken would indicate there are very – far too – few such statues.

Much of the information on this page comes from the Friends of Queen’s Park website at
www.friendsofqueensparkbolton.co.uk

See also the website of the Public Monuments and Sculpture Association at www.pmsa.org.uk