How Silsden resisted police brutality in 1911.

Silsden is a small town of 8,000 people between Keighley and Skipton in West Yorkshire.

In 1911 local people objected to a very unpopular policeman whose arrest of a local man led to his imprisonment and following which there was a riot in which the police station was attacked and all its windows smashed.

MOB ATTACK POLICE STATION
Stones and bottles hurled at windows, three constables being struck.
‘As a result of the conviction by the Skipton Magistrates of a man named Hodgson, who was charged with assaulting a constable, a crowd of several hundred persons made a desperate attack late on Saturday night on the police station at Silsden, three rniles from Keighley.

The fire “buzzer”  was set going, and a mob quickly gathered armed with stones, bottles and other missiles, with which they broke every window in the police station. Two or three constables were struck.’ 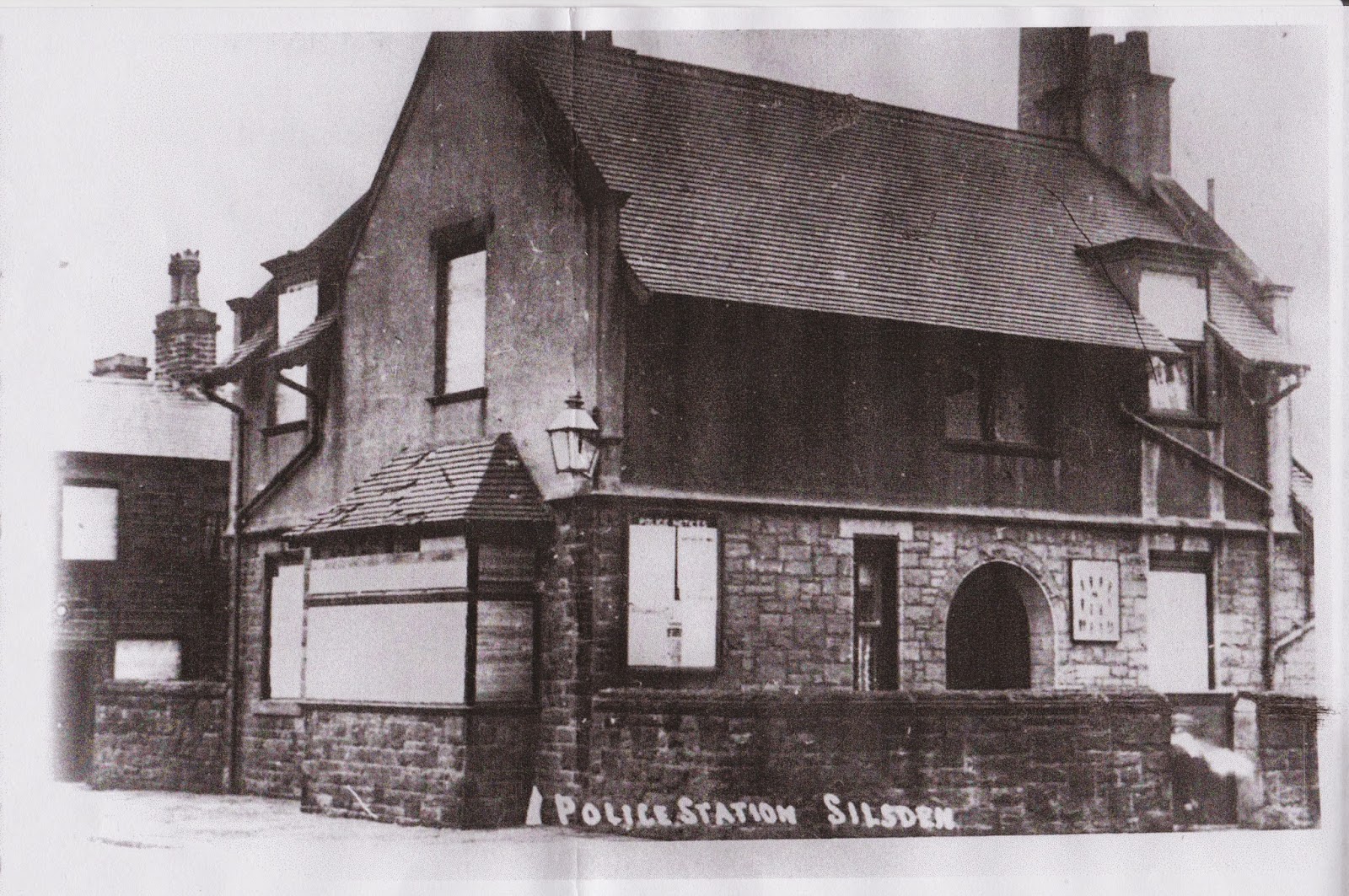 An enterprising photographer who photographed the police station with its windows both smashed and boarded shortly after the incident later had them printed on postcards that he offered for sale.
An article many years later in West Yorkshireman, the West Yorkshire Metropolitan Police Newspaper, reported that in 1911 a petition had been sent to the then Home Secretary Winston Churchill complaining about the ‘attitude of the police officers.’ Although the village petitioners got no joy from Churchill they had the satisfaction of seeing the convicted man released early and the constable was transferred to another area. 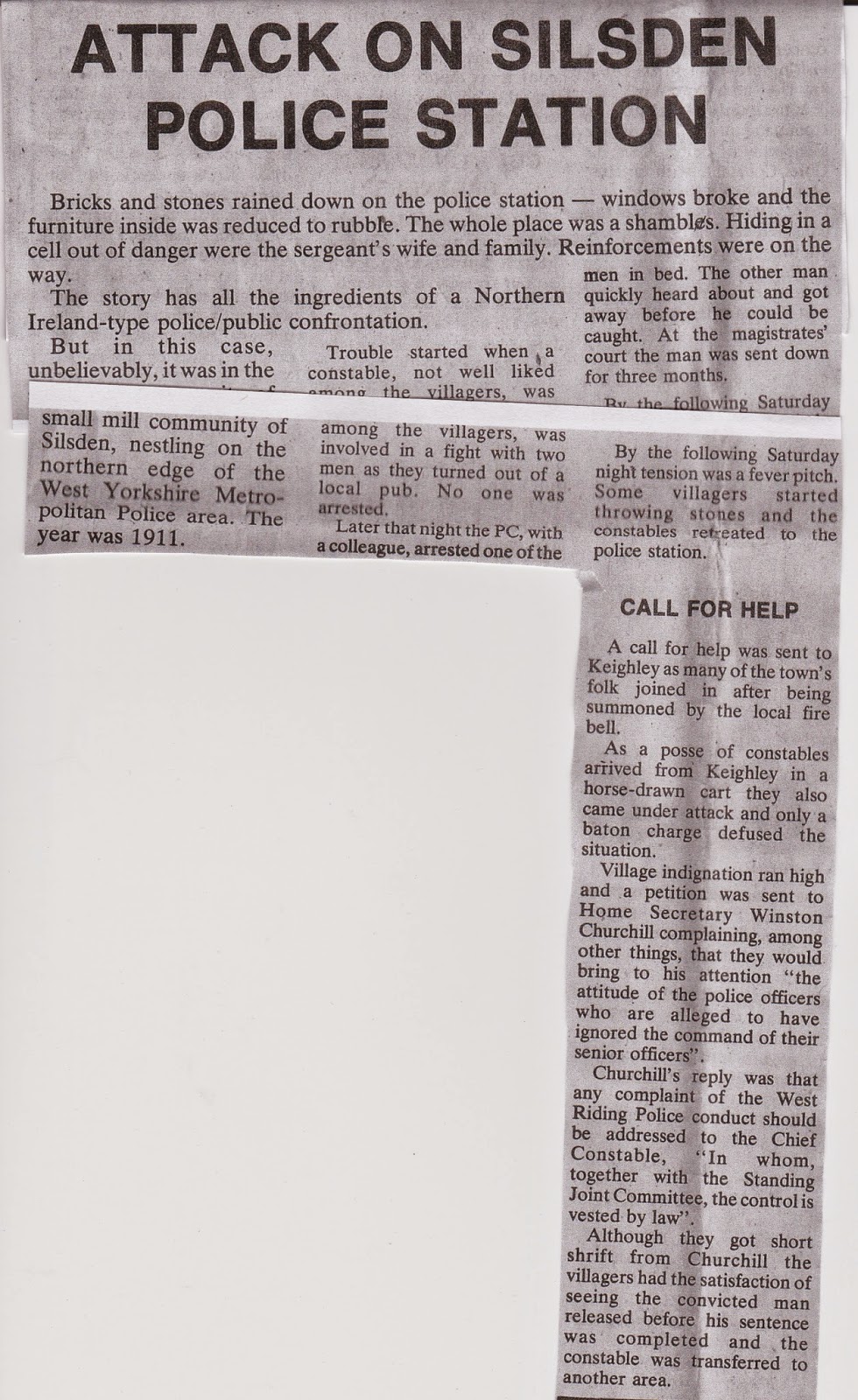 The site of the former police station is now occupied by premises belonging to BT.

Many thanks to Melvyn Bradshaw of Silsden for his considerable help in assembling the information on this page.