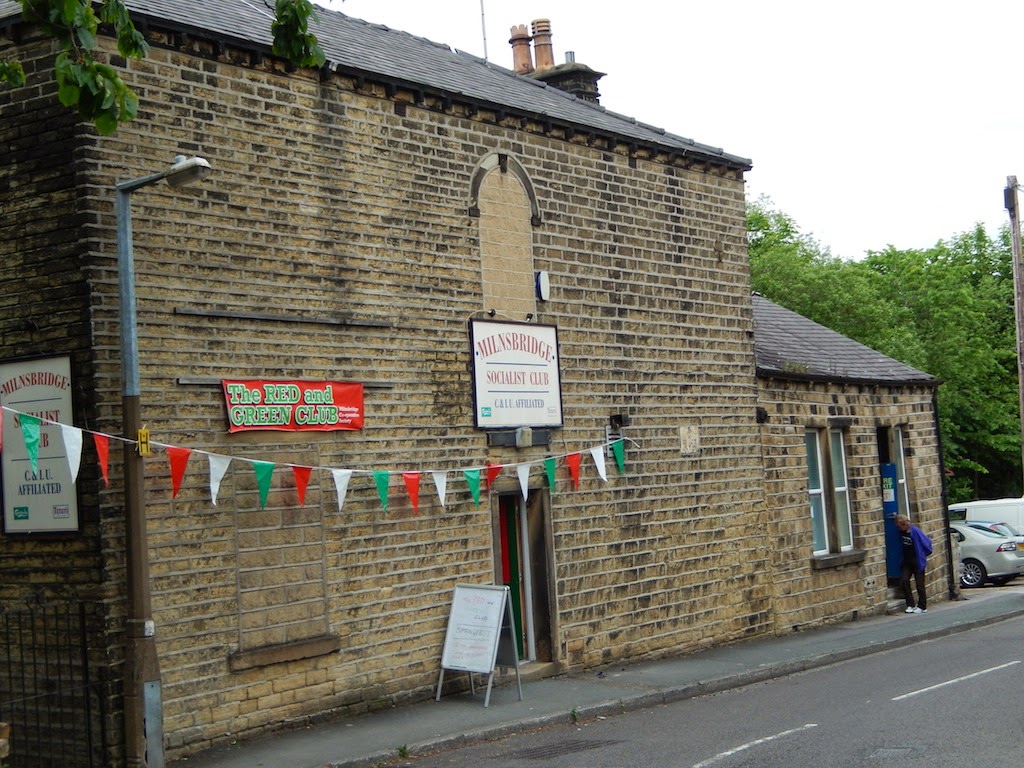 Formerly known as the Socialist Club, the Red and Green Club is one of the oldest labour movement clubs having opened in 1892. Having recently come close to collapse, the club is becoming popular with local trade unionists, socialists, environmentalists and community activists as well as providing a venue for musicians, bands, poets and writers.

A co-operative has been formed to buy the building, which has a remarkable history. Its opening ceremony was conducted by a leader of the 1889 dockers’ strike, Tom Mann, who spoke to a meeting of 300 people.

From the beginning the club was based on bringing together trade unionists and socialists. The club was later affiliated to the Independent Labour Party and Kier Hardie spoke at a meeting there in 1893. In 1906 Emmeline Pankhurst spoke on women’s suffrage and two years later the club formed the Milnsbridge Socialist Brass Band.

Financial support was provided for disputes such as the miners in 1921 and the engineers the following year. In 1927 the US was condemned for the execution of anarchists Sacco and Vanzetti. In the 1930s collections were made for the Spanish Republic. After he became Prime Minister, Harold Wilson visited the club on several occasions during the 60s and 70s. 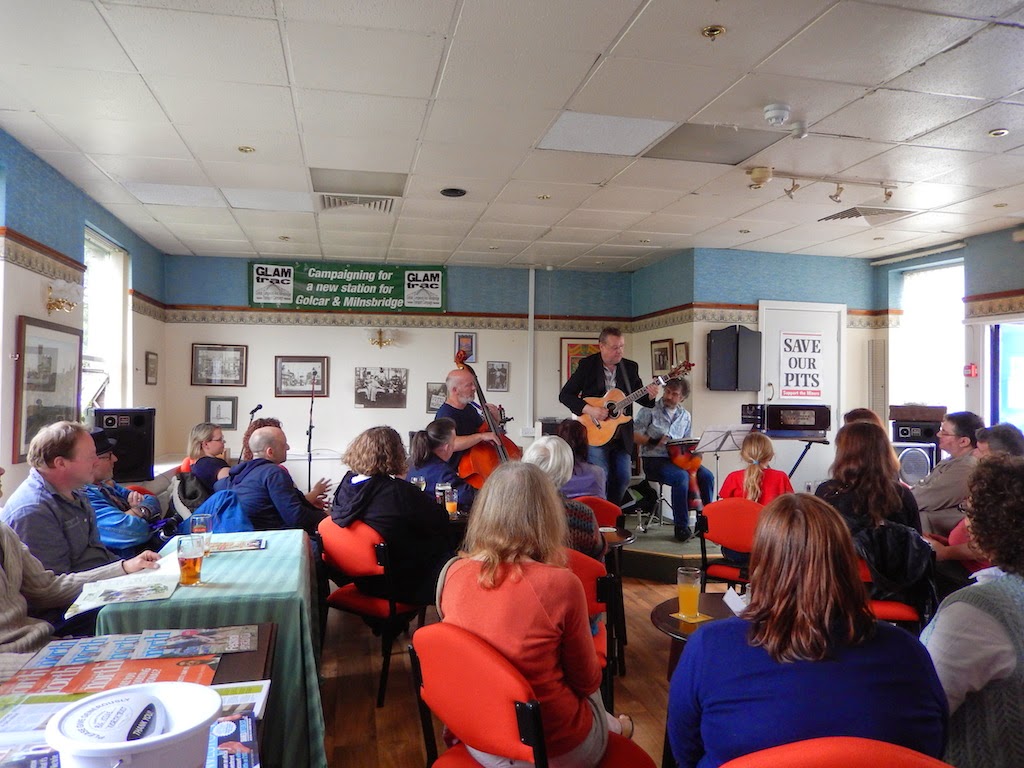 Changing habits however meant that this remarkable history seemed certain to be lost and the club was set to close in 2013. A small group met and agreed to create a new venture – The Red and Green Club, which was publicly launched on August Bank Holiday Monday that year. They appealed to other people to get involved in their co-operative venture and the result has been a remarkable transformation. Financial support and major investment from rail union the TSSA has allowed for the commissioning of architects and building engineers to draw up refurbishment plans.

A business plan has been developed, including a canalside café and bar as the club backs on to the Huddersfield Narrow Canal. Nearby Slaithwaite and Marsden have become popular destinations and there is no reason why Milnsbridge cannot join them.

Many individuals who have become members at a cost of £10 a year have also made donations, including one person who made out a £2,000 cheque. A committee has been elected and there are a growing number of political and social events. There has been a steady increase in attendances. On May Bank Holiday Monday 2014, the club hosted an all-day musical event. There was also a film showing, a practice run for what will become a monthly event at the club. The healthy attendance included a number of people who were making their first visit to the club and who subsequently joined. 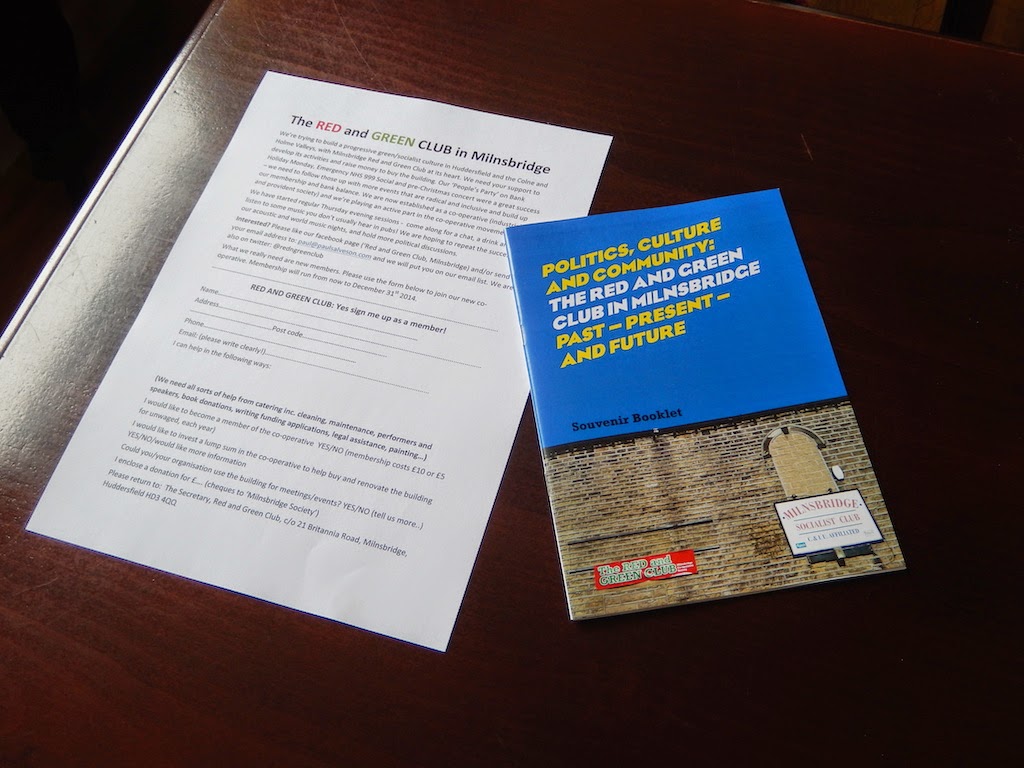 Included amongst the members are a number of Unite members including local GP Hester Dunlop of Colne Valley Labour Party. The club is being used as the regular meeting point for the area’s ‘Keep Our NHS Public’ campaign in which Hester is active.

Hester, who is a member of the club’s steering group, said: “We are testing out the notion to see if there is an audience for people to come to a club like this. It is a big undertaking but we have got a number of people with skills in engineering, electronics, architecture, business, arts and entertainment. Considering we started with just 3 people then I am confident about the future success of the club. I would like to invite other members of Unite to get involved.”

The club’s chairperson is former local Labour councillor and transport campaigner, Paul Salveson, who said: “It is about finding a niche not just for ‘the left’ but the wider community and organisations who are interested in something a bit different. Our model is the Hebden Trades Club, which has been successful in attracting audiences for a variety of events for many years now. The support of trade unionists and the trade union movement will be essential for our long-term future and anyone interested in getting involved should get in touch.”