When on February 1995, PC Patrick Hodgson gunned down an unarmed man, the self-funded Colin Roach Centre (*) in Hackney was approached by the dead man's wife, Sarah Ewin, to help seek justice.

The killer had to endure 3 trials before he was finally pronounced innocent of murder or manslaughter. The first trial was stopped in controversial circumstances when two people in the public gallery shouted out that Hodgson had known Ewin before the shooting incident and brought proceedings to a sudden end. With a re-trial costing at least a million in public funds you would have assumed that the very least that security officers in the highest court in the land, the Old Bailey, would have done was prevent those who had forced the trial to be abandoned from leaving. Not so. Surely then the Met Police would ensure they later arrested them? Not so, even though many people knew who they were.

The events were covered in the magazine produced by the Colin Roach Centre titled RPM. What follows are the articles from issues 3 and 4. In the article from number 3 the final paragraph is of particular interest as it makes reference to 'a wider State-inspired plot......probably we will never know if the two who intervened were part of something wider........'

Many years on we do know that the Colin Roach Centre/HCDA was at the centre of a wider State inspired plot as it had within its ranks Mark Jenner (see http://www.bigissueinthenorth.com/2013/03/there-is-no-way-of-knowing-how-much-damage-jenner-caused/7622) Jenner wrote a number of articles for RPM magazine (see below) and also the internal newsletter for members.

Jenner attended a number of events in support of Sarah Ewin and also attended the Old Bailey. What was his role in this and other events - such as the campaigning by Malcolm Kennedy to clear his name and demonstrate the police killed Patrick Quinn (see http://writemark.blogspot.co.uk/2013/12/malcolm-kennedy-rip.html) - in which the police were under the microscope? 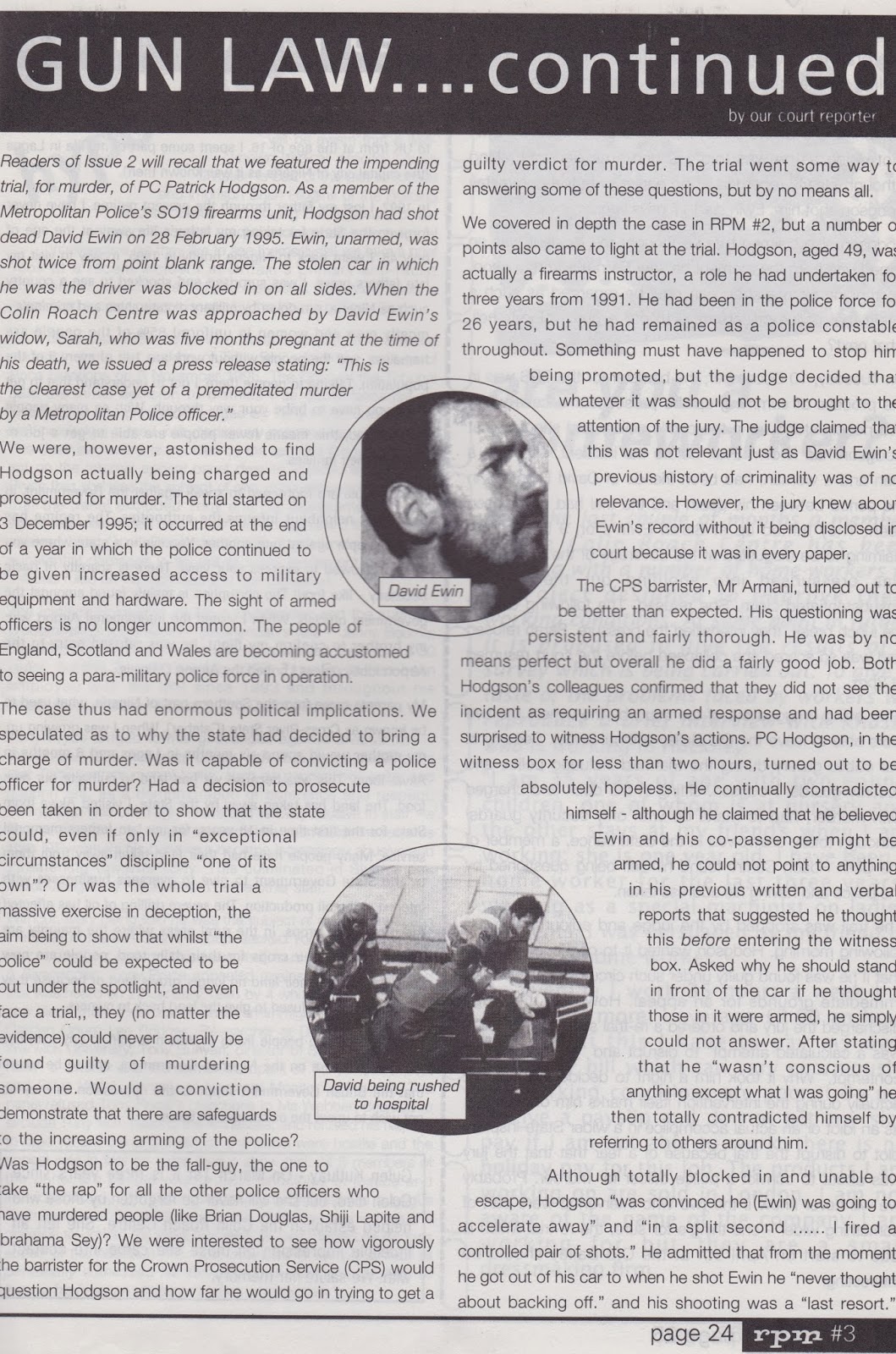 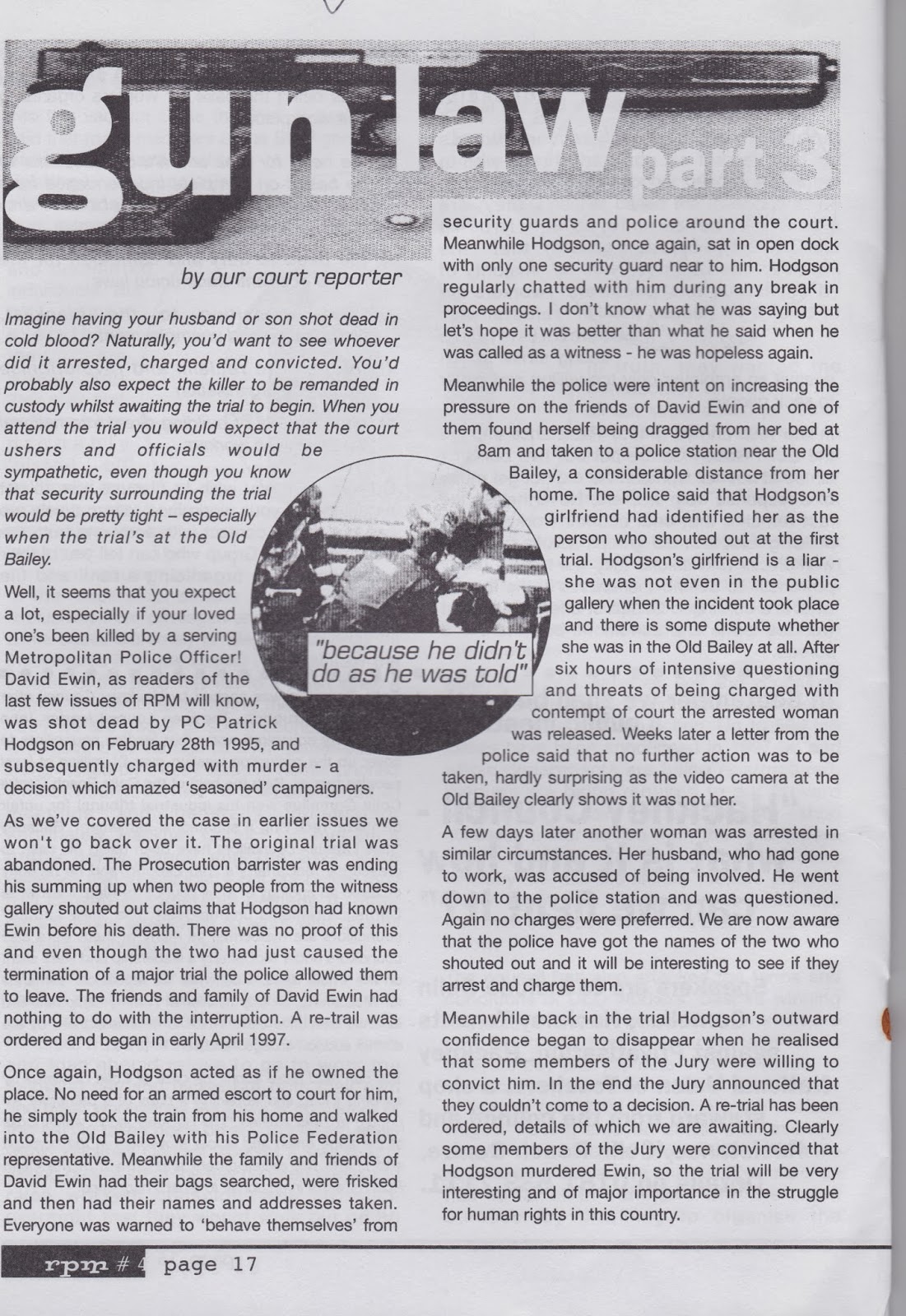 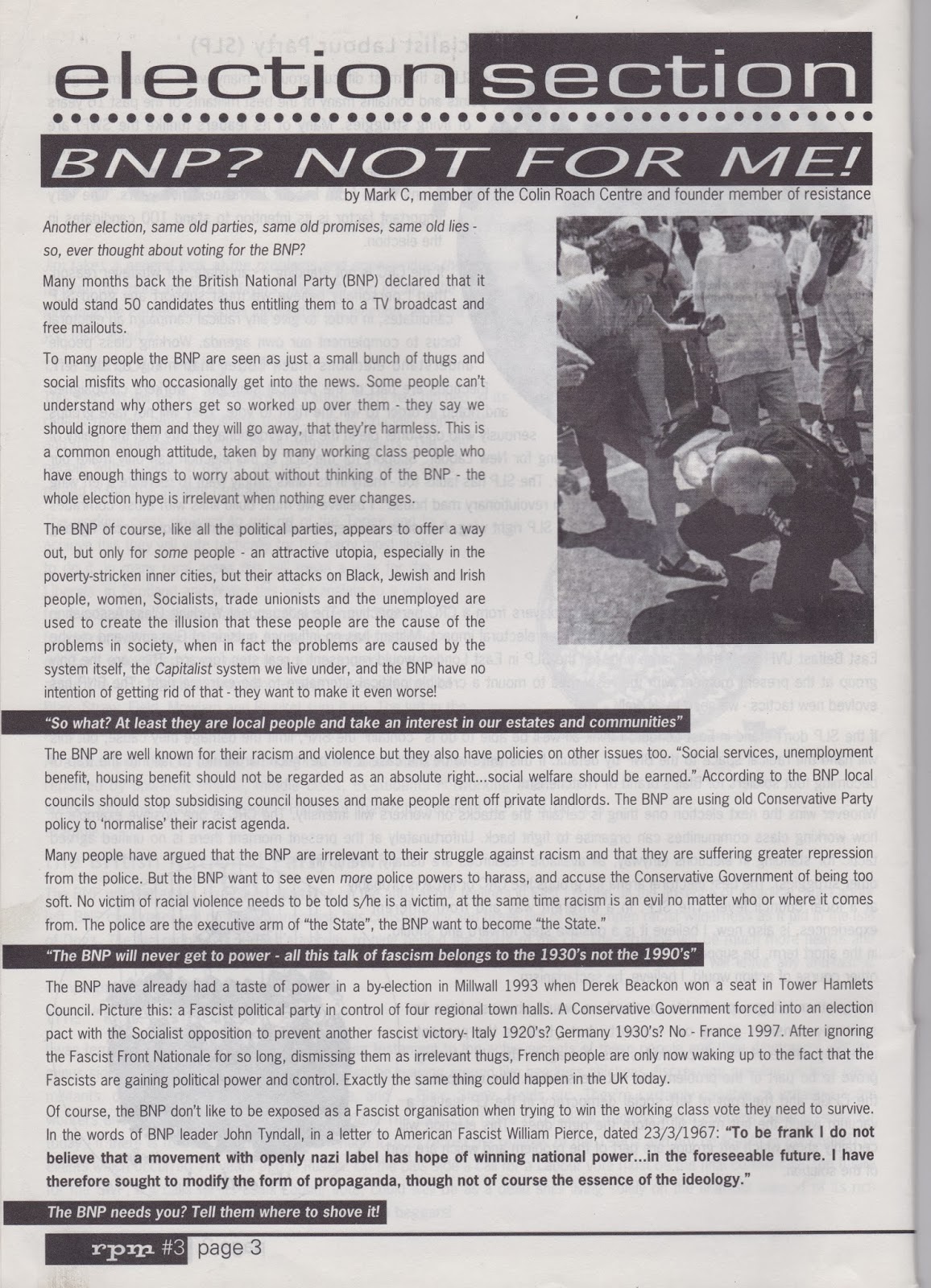 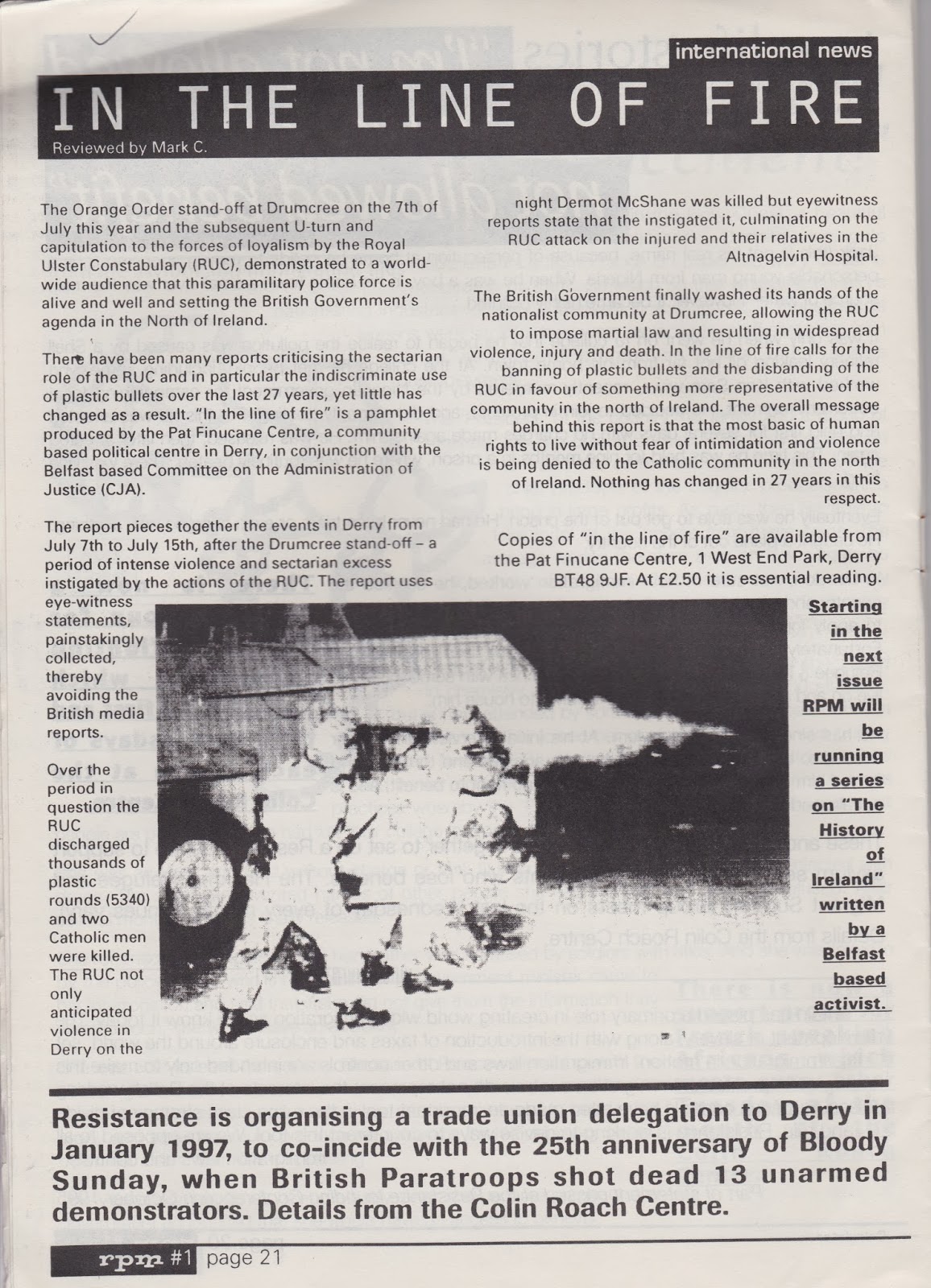 * This was an unfunded radical centre that had originally opened after the council took away the funding at my workplace, the Hackney Trade Union Support Unit, and rather than see it close down it was merged with Hackney Community Defence Association [HCDA] that had been formed in 1988 to successfully oppose the criminal - including drug dealing - and brutal activities of the police. Prominent within HCDA was Celia Stubbs, the partner of Blair Peach who was killed by the police in Southall in 1979.
Posted by Mark at 09:51