Best is the greatest footballer I ever played against - Ian Callaghan

Best is the greatest footballer I ever played against - Ian Callaghan

Liverpool were still a Second Division side when Ian Callaghan signed for them. Over the next two decades, however, they became Europe’s top team as an intense rivalry developed with United. Here Callaghan, who made 857 first-team appearances for Liverpool between 1959/78, recalls his own personal memories of their battles.

He said: “When we won 1-0 at United in November 1963 thanks to late goal from Ron Yeats it was certainly a big boost to our hopes of winning the title. We were only in our second season back in the First Division so to win at Old Trafford meant a bit more than just two points. To win the title you have to win at the big grounds against your potential title rivals. The victory was a big stepping-stone. 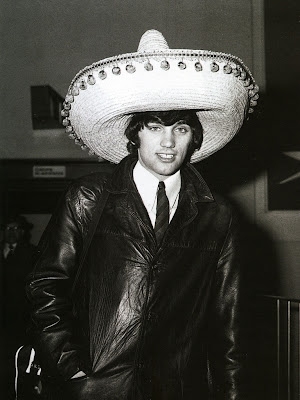 In those days I was up against United’s Tony Dunne who was quick and a tough opponent. In any games my job was to get the ball and try and test out the opposing full back, take him on, get to the by-line and pull the ball back for someone else to have an effort at goal. I got to know Tony very well as we played against each other many times. I’d like to think there were occasions when I got the better of him, as there were also occasions when I didn’t get much of a look-in. After I retired from football I have played a lot of golf and through that have got to know Tony pretty well.

Another tough opponent was Nobby Stiles who was supposedly hated by those on the Kop. I am surprised to hear that’s become accepted wisdom among people who weren’t around in the 1960s because my view of fans that stood on the Kop is that they were great admirers of good footballers from any side.

While they wanted Liverpool to win, they also hoped to see the side have to play at its best to do so. The spectacle, entertainment and excitement was what people paid good, hard-earned cash to see. They wanted to see United playing their very best against Liverpool, as we had to then raise our game to beat them. I am not saying the Kop loved United players, like they did with Gordon Banks who would be cheered as he ran towards either the Anfield Road or Kop. The likes of Bobby Charlton, for example, might get applauded on occasions.

In the mid 1960s George Best played and scored in a number of games against us. Best is the greatest footballer I ever played against. He had pace, perfect balance on the ball, but he could also defend. If he lost possession, you’d see him chase back to try and recover the ball. He could also head the ball as well as dribble and in front of goal he was deadly. I think it’s definitely the case that no side in England has ever had three such talented players as Charlton, Law and Best in one side. Law was a great scorer of goals in the box, while Charlton was graceful on the ball. He could go past opponents either side using his pace or dribbling, and what a shot he had.

They were great players, but they wouldn’t have been successful if they didn’t also have other really good players alongside them, the likes of Tony Dunne, Paddy Crerand and Bill Foulkes. Alex Stepney was also a cracking keeper. He was fearless and, like our own Tommy Lawrence, he’d be more than willing to come out and dive at your feet to try and take the ball off you.

Later on the player I most admired was Martin Buchan who was a very good cultured defender. He timed his tackles superbly and, in possession, he rarely wasted it.

I recall how disappointed I was when United were relegated in 1974 as you want the really great clubs in the top flight playing each other. Long may that be the case. I looked forward to any game I played in, as I loved football and to get well paid for doing some I loved was extra special. The big games, and few were bigger than playing United, were always extra special.

My roles in the games were different depending upon whether we played at home or away. When we were playing at Old Trafford and Bobby Charlton was out on the left, Bill Shankly would tell me to play further back in order to support the full-back. On the left, Peter Thompson was asked to play much more forward than me.

Were United were lucky to beat us in the 1977 FA Cup Final is something I am often asked, and I have to say they were. I came on in that game when we were 2-1 down. It was disappointing to lose as the defeat denied us the treble which United became the first club to achieve in 1999. However, four days later we did win the European Cup and, given the choice between winning that or the FA Cup, we would have picked victory in Rome.

How did the games against United during my playing career differ from those of today is also a question often posed. I would say not that much for the players who have to try and ignore the history of the occasions. That’s not the case for the supporters, however, as there’s now an even greater rivalry than in my days. We had a long period of success when United were very much second best and in more recent times that’s been the reverse. Due to this, the game has become the match of the season for both sets of supporters, when back in my day it was the local derbies, in our case against Everton, that were the biggest.

George at his best for United

First against second and, with Liverpool having previously won all seven home League games, Matt Busby’s side knew it would have to play magnificently if it was to return with both points.

As Nobby Stiles was injured, David Sadler was brought into a United side which was also missing the suspended Denis Law. Many of the day’s top pundits, including those of the Liverpool Echo, felt United, without Law’s influence, would struggle to score the goals needed to maintain a title challenge.

George Best took over from Law at inside left with John Fitzpatrick coming in at outside right, and he responded with both goals which secured a massive away win for United. In a season when Law also missed a number of games due to injury, Best was at his goalscoring peak and was to end the season as equal top scorer - with Southampton’s Ron Davies - in the League with 28 goals.

‘Liverpool toppled by George,’ was the headline in the Liverpool Sports Echo after this match on Armistice Day.  With Anfield again full to capacity United, playing in blue, won the toss and selected to attack the Kop End in the second half. They were ahead after 10 minutes when Best’s fine glancing header from a John Aston corner beat Tommy Lawrence. Best was then denied by a fine save from the keeper after Bobby Charlton’s precision pass had sent him clear. When Liverpool did rally Tony Hateley headed Peter Thompson’s corner wide, Liverpool’s only first-half effort.

United took a two-goal lead into the break after Paddy Crerand’s long accurate pass was seized upon by Best who beat Lawrence from inside the penalty area. Liverpool played a lot better in the second 45-minutes and Alex Stepney made a great save to deny Tommy Smith, but with Best in outstanding form there was always the constant danger of a third breakaway goal and only two great tackles by Chris Lawler and Emlyn Hughes respectively prevented him from completing his hat trick.

Liverpool were handed a lifeline five minutes from the end when Roger Hunt took a reverse pass from Ian St John before turning the ball past Stepney. Then with only seconds to go, St John had ball in the net only for the effort to be rightly ruled offside as United journeyed home with two valuable points.