In the seventeenth and eighteenth century over 300,000 Britons became slaves in all but name in Britain’s American colonies, living and dying in bondage. Urchins were swept from the streets, criminals were transported and sold like livestock on arrival, brothels were raided to provide ‘breeders’ for Virginia, hopeful migrants were duped into signing their lives away as indentured servants. Political opponents of the aristocracy and the ruling classes were also dragged overseas in chains. 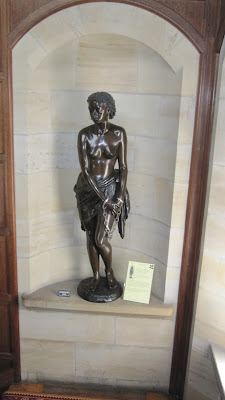 Jordan and Walsh demonstrate through letters, diaries, court and government archives that the brutalities associated with black slavery alone were perpetrated on whites throughout British rule in America.

Why did you write this book?

Because the period and events we cover comprise a fascinating, important and forgotten part of our history and that of the United States; one that has sometimes been deliberately distorted by some who would use history as propaganda and draw a veil across unpalatable aspects of the founding of modern America or of Britain’s treatment of its citizens in the seventeenth and eighteenth centuries. The latter wanted to offload its poor, its criminals and its political and religious troublemakers and the colonies required cheap labour.

Piffle! Slavery takes many forms and the experience of even one individual should surely not be thought any the less of on the grounds that many more came after. The black slave trade in America was founded upon the very system the English colonists designed to enslave the unwanted from around the British Isles. In the words of the eminent African-American writer Lerone Bennett Jr: ‘When someone removes the cataracts of whiteness from our eyes, and when we look with unclouded vision on the bloody shadows of the American past, we will recognize for the first time that the Afro-American, who was so often second in freedom, was also second in slavery.’

What was Oliver Cromwell’s part in sending slaves to the America’s?

To quote the great Victorian historian TB Macauley on Cromwell: ‘In a few months he subjugated Ireland….so that great cities were left without inhabitants, drove many thousands to the continent, shipped off many thousands to the West Indies, and supplied the void thus made by pouring in numerous colonists…’

As we say in White Cargo, ‘Native Irish could be deported to feed the voracious labour market in America while making room in Ireland for planters from England.'

How were the white slaves bought and sold and then treated whilst at work?

Many unwittingly sold themselves into slavery by signing on as indentured servants with a merchant to pay for passage to the New World. On arrival, plantation owners who exercised absolute power over their human purchases usually bought their indentures. Along with convicts, paupers and dissidents from England they were advertised for sale along with other goods. In the early days half were dead inside a year, some literally worked to death. Whipping and branding were standard punishments.

Did many resist their fate and what were the results?

Some white slaves were pushed into suicide, some into murdering their masters. But, as with black slaves, the most common form of resistance was flight. Huge numbers tried to escape their plantations and risked brutal punishments for “desertion”, which at one stage included death. Slave uprisings were recurrent features, too, culminating in a mass revolt in 1676 when a slave army of blacks and whites briefly took over much of Virginia and almost ended British rule 100 years before the Declaration of Independence. The results of this uprising were profound. The planters deliberately drove a wedge between white and black slaves. Blacks lost the few rights they had and were totally degraded. Whites gained a few rights, and were told that they were a superior people. Racial divide and rule began to shape America.

Could you explain the unique role of Anthony Johnson in establishing slavery in Virginia?

Johnson was one of the earliest Africans enslaved in Virginia. Like all slaves in the colony at this time, white and black, there was a term to his servitude – it was not for life. This meant that if Johnson lived long enough he would eventually be freed. Johnson not only secured his freedom, he became a successful planter with black and white slaves of his own. One of his black slaves eventually demanded his freedom but Johnson objected and persuaded a local court that the man was his slave for life. It was one of the first cases of lifetime slavery being imposed in North America - precedents that saw millions of Johnson’s fellow Africans enslaved in perpetuity, their children included.

Why did slave owners eventually abandon the transportation of white slaves in favour of black?

Economics. Changes in the status of black and white slaves meant that blacks could be enslaved for life while whites could usually only be held for a set period of years (anything from 3 to 18). It became far more profitable to buy whole-life slaves from Africa than part-life slaves from Europe.
Posted by Mark at 12:05