When it started John Major was Prime Minister and Manchester United were midway through a campaign in which they ultimately failed to win the First Division for the 25th consecutive season.
Two decades is the length of time that residents of one part of Bingley and housing developers have been contesting plans that would see hundreds of new homes built close to the famous five-rise locks on the Leeds to Liverpool canal.
And now with neither set to give ground the two sides will go head-to-head in February next year at a Public Inquiry. A Planning Inspector, who will hear an application from Redrow and Bellway Homes to be allowed to build 475 houses on the 40-acre Greenfield Sty Lane site, will oversee this. This stretches from the canalside on Crossflats, Bingley up towards the small village of Micklethwaite and across to Oakwood and Fairfax estates.
When the first plans were raised in 1992 local residents formed the Greenhill Action Group [GAG] and defeated them, sparking a seemingly never-ending saga.
Bradford Council then allocated the land to housing under its Unitary Development [land use] Plan and when GAG forced them to change direction a Planning Inspector over-ruled the elected body to again give the development the go-ahead. Bradford Council subsequently issued a revised plan with the site zoned for housing. At which point the developers submitted a new application and residents again objected, sparking a fresh round of appeal and counter appeal.
The latter have argued that local roads won’t be able to cope with the additional traffic. They’re pinning much of their case on ‘access constraints’ and were able to successfully argue that using Fairfax Lane was unsuitable, forcing the developers to consider Micklethwaite Lane. 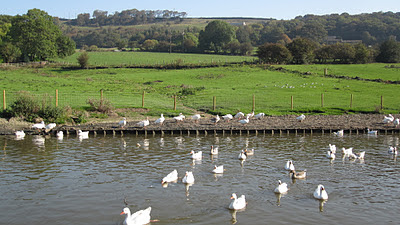 This narrows to just one lane as it crosses the canal. The developers propose to create the first ever canal swing-bridge big enough for two cars. This will destroy the nesting areas of a number of birds, including swans, geese and moorhens but will provide an entry road to the proposed new housing.
GAG Chairman Terry Brown, a local resident since 1988, says, “What’s going to happen if the swing bridge breaks down? We’ve asked to see the prototype and the maintenance schedule, but with no success so far. Access through Micklethwaite isn’t possible as the road there is tiny and we’ve had occasions when cranes have been needed to remove stuck vehicles. I feel we are arguing on behalf of people who haven’t even moved here yet and will face major problems getting to and from their homes.”
Brown rejects charges that the group are opponents of change even if access problems were resolved. But surely with close to 1,200 individuals having been on Incommunities - the Housing Association that took over Bradford Council’s housing stock in 2003 - waiting list for over five years, and 1.8 million households on waiting lists nationally, he would accept the need for more housing? Especially as the developers have promised, in the brochure they issued last year, to build ‘a mix of open market and affordable housing to suit the different circumstances of prospective residents.’
“Bradford already has 13,700 empty homes, whilst the local paper, the Telegraph and Argus, estimated the council has, at least, 40 acres of derelict land locally that hasn’t been allocated. We believe Brownfield sites should be developed before Greenfield ones. Furthermore in recent times we have had new housing estates built in Bingley that are still half empty,” says Brown.
Views that neither Bellway nor Redrow would comment on. CAG are planning to raise £30,000 to be represented at the two-week Inquiry by a Barrister as well as the Highways and Planning consultants the group have previously employed. “We hope the Planning Inspector will agree with us that the access problems cannot be overcome, which would make it very difficult for the builders to continue their fight. But he might say that they need a fixed bridge, giving the developers a chance to come back with further proposals before any final decision can be taken. “ All of which might mean the whole affair still has a few more years yet to run! 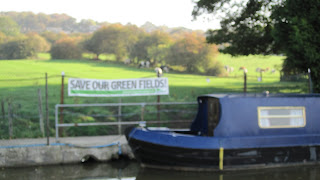