The hospital built on a flood plain

Local opposition has failed to prevent a new hospital being built on a flood plain in Beverley. At £19 million, construction costs are double what taxpayers would have been charged to upgrade the East Riding market town’s current hospital, and have also led to campaigners from nearby Bridlington to question why such funds were needed when the hospital there lies virtually empty. 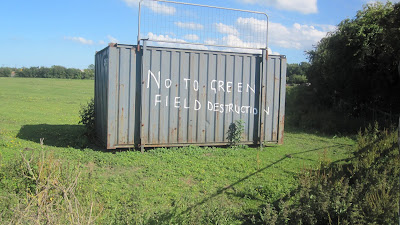 The go-ahead and finance to replace Beverley’s current Westwood Hospital with a new hospital was approved under the last Government. It’s situated in the middle of the town and bringing it up to scratch was going to cost an estimated £9-£10 million. The land on which it’s situated will however, with nearby four bedroom semi-detached properties costing over £420,000, be very valuable once it becomes available for housing after the hospital is demolished.

That will happen once developments are completed at Swinemoor Lane on the outskirts of the town. These are now underway after the No Swinemoor Hospital campaign failed in last ditch attempts to get the government to intervene after their campaign to prevent the NHS East Riding Trust spending £19 million proved unsuccessful.
Campaign members had queried why it was that ten months before outline planning permission had been agreed in September 2009 that the owners of the land, Beverley Consolidated Charity - which provides accommodation for over 60s - were making an application to facilitate the ‘Construction of a new community hospital on site’ by removing the internal hedgerows.
They accused the local Planning Authority, East Riding of Yorkshire Council [ERYC] of having ‘directed’ the commissioning body, the NHS East Riding Trust [ERT], towards Swinemoor Lane by threatening to refer their preferred option, of close to the Ambulance Station in Driffield Road, to the Secretary of State. All of which meant argued campaigners that the Trust’s subsequent documentation was written to justify the choice of Swinemoor Lane.
They would appear to have a case. For example, a Flood Risk Assessment was prepared on January 2nd 2009 by East Ridings Consultants Ltd of Walkington who made clear in the preamble that it had been prepared ‘on the presumption that ERYC has applied the sequential test to the development and it has passed such a test.’ This was unlikely, as it wasn’t done until July 19th 2009. It was as campaigners pointed out in a lengthy letter to ERYC a case of ‘putting the cart before the horse.’ The Swinemoor Lane site is designated as a Flood Risk Zone 3 - the highest level. 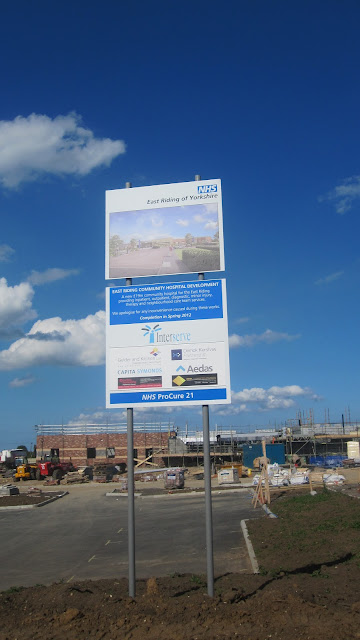 One month earlier the ERT held a series of consultation meetings designed to canvas local people’s views. The No Swinemoor Hospital campaign group argues these were badly advertised and wrote querying why no meetings were organised in the nearby towns of Hornsea and Driffield where inpatient services will go when the new hospital opens.
As none of this made an impact on either the council or health trust those who objected to the new hospital site were left hoping that the election of a new government seeking to make significant public savings might force a re-think. In September 2010 local resident Mr Gerald D O’Callaghan wrote to Environment Secretary Caroline Spelman, who a week earlier had written an article for a national newspaper arguing for new hospitals to be sited on hills, as well as Local Government Minster Eric Pickles asking them to investigate but failed to solicit a response.
Meanwhile May Sexton, a Conservative councillor and life-long Tory active in the nine year-old Save Bridlington Hospital campaign there has just written to the Prime Minister David Cameron. In December health secretary Andrew Lansley, accompanied by local MP Greg Knight, saw for himself 58 beds lying empty following the transfer of acute and cardiac monitoring facilities across to Scarborough twenty-two miles away.
Yet with no signs of them returning Sexton has now asked Cameron to comment on the further proposed changes that will see her local hospital become part of the York Teaching Hospital NHS Foundation Trust, arguing that “it would be more sensible to merge with the nearby trusts such as NHS East Riding and Hull as there would then be no need to build a new hospital twelve miles away at Beverley as all the facilities could be accommodated here.” 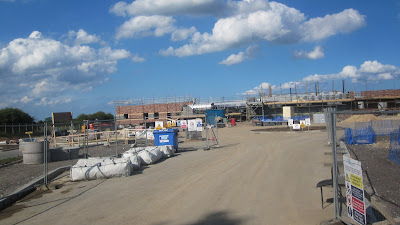 Whilst she awaits a reply work, which started on site in March, is progressing quickly and both the local council and the health trust are prepared to defend their actions. The former disputes the charge that they directed the latter away from their preferred location with an ERYC spokesperson saying: “the site choice is a commercial decision that the developer took at the time when the planning application was lodged with the Authority.”
On its part a ERT spokeswoman said 400 people had attended the consultation meetings and that “28 possible sites, brought to us by a local land agent we commissioned, were considered. Swinemoor Lane scored highest for offering best value for money for the public purse.”
She said the Trust was “confident” the new hospital wouldn’t flood in the next ten years. And with nearby Bridlington hospital lying largely unused, couldn’t its empty wards and beds have been used rather than spending such a large sum?
“Not creating a facility in Beverley would mean a large proportion of the local population being denied access to local and convenient services’ said the trust spokeswoman.
Posted by Mark at 01:42