Domestic violence kills - 118 women and one male were killed in 2018, info on all of them

3 January 2018: Elizabeta Lacatusu, 44, was killed by 19 knife injuries to her chest and neck inflicted by her former partner whom she had left the previous month.

5 January 2018: Terrie-Anne Jones, 52, was stabbed 26 times by her partner her injuries included an 8cm deep stab wound to her heart, 13 to her neck, three to her collarbone, and two to her chest, with defence wounds to both hands.

8 January 2018: Claire Tavener, 27, was stabbed 10 times in her neck and chest by her husband who had been violent and abusive to her during their relationship.

9 January 2018: Julie Clark, 59, was found dead at home, she had died of stab wounds. Her son has been charged with her murder.

12 January 2018: Amelia Blake, 22, was killed whist travelling in Australia by her boyfriend Aged 33, who also killed himself.

24 January 2017: Claire Harris, 44, was killed by her ex- partner, whom she had allowed to stay in the flat she rented whilst he looked for a new home. She had suffered 86 injuries – half of them to her head and face.

26 January 2018: Cheryl Gabriel-Hooper, 51, was shot dead. Her husband was also injured and was arrested on suspicion of murder. Cheryl had recently separated from her husband

29 January 2018: Janet Scott was stabbed by her ex-boyfriend Simon Mellors, she survived the attack but he ran her over and killed her as she tried to flee. Mellors had killed a former partner, Pearl Black in 1999 and killed Janet whist on licence. 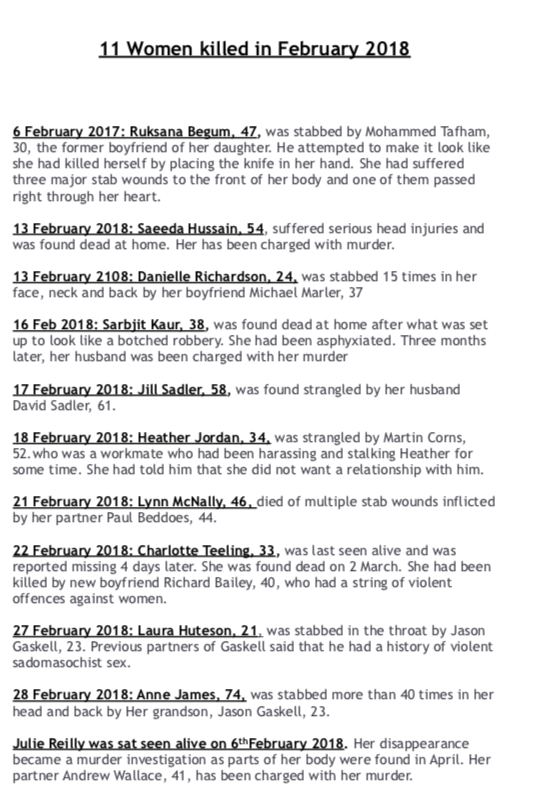 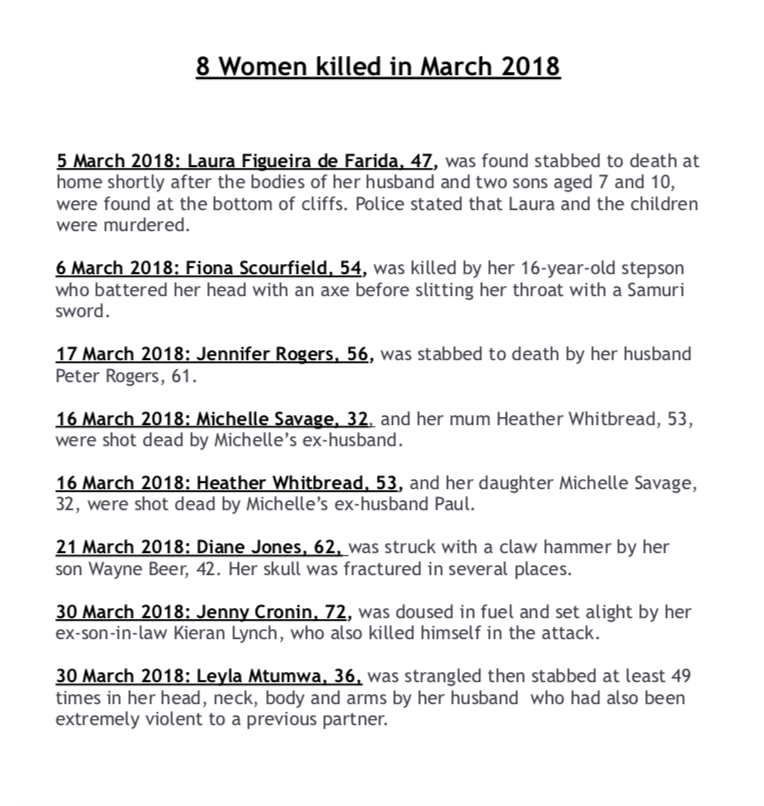 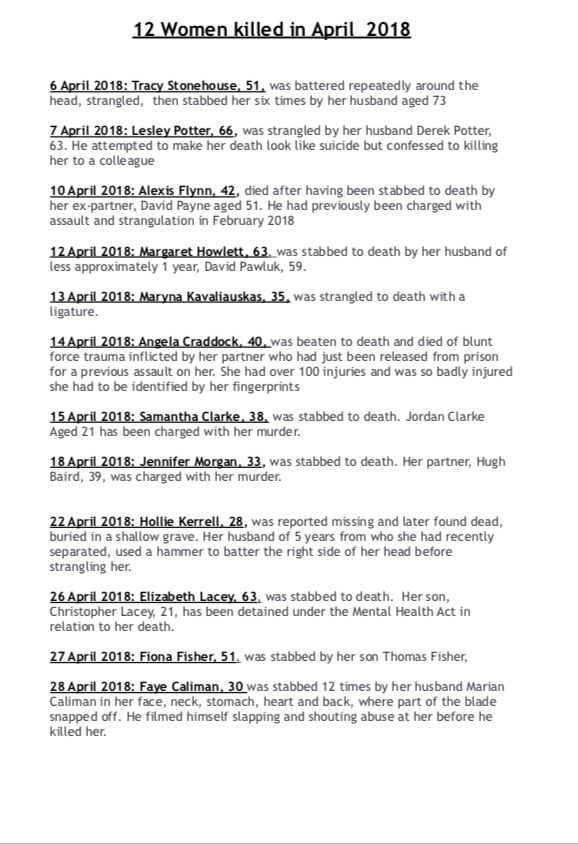 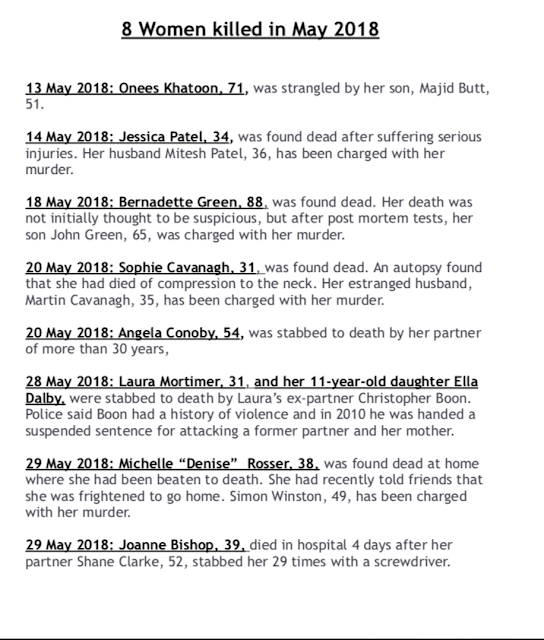 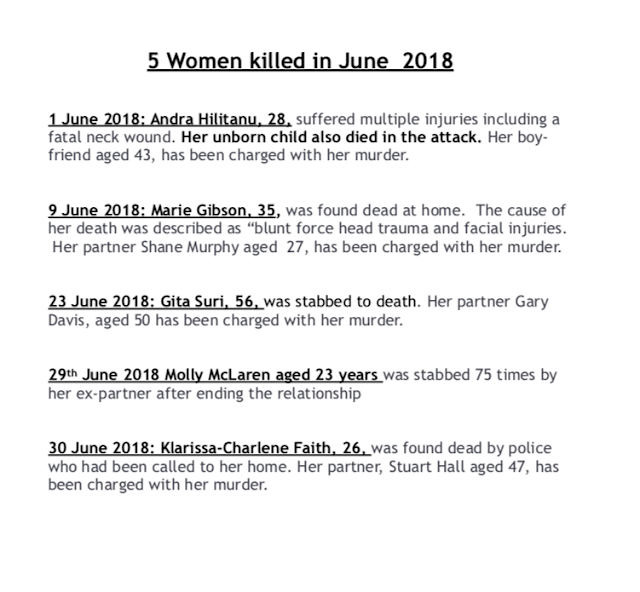 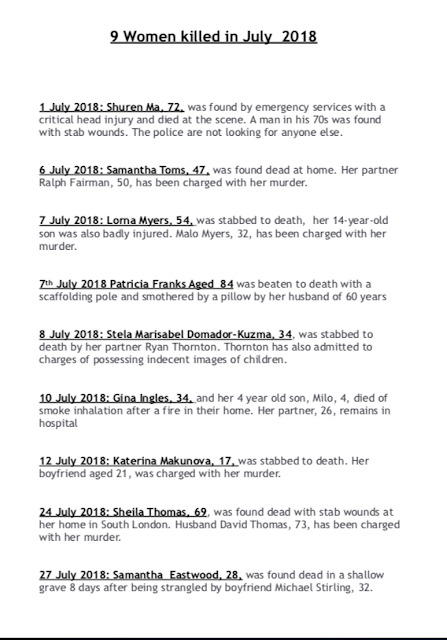 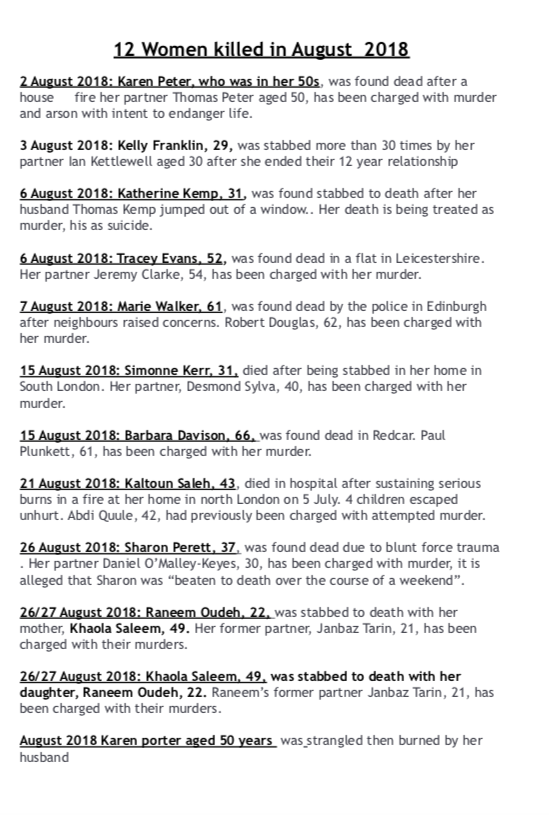 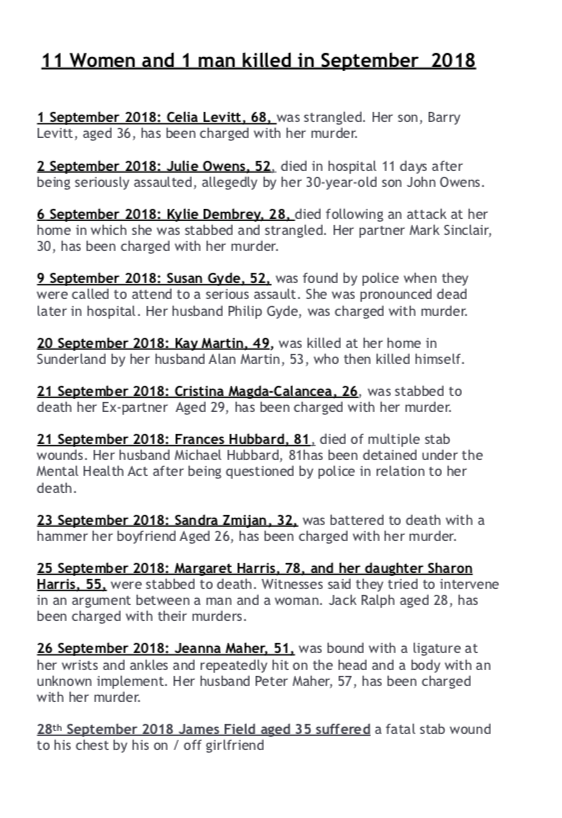 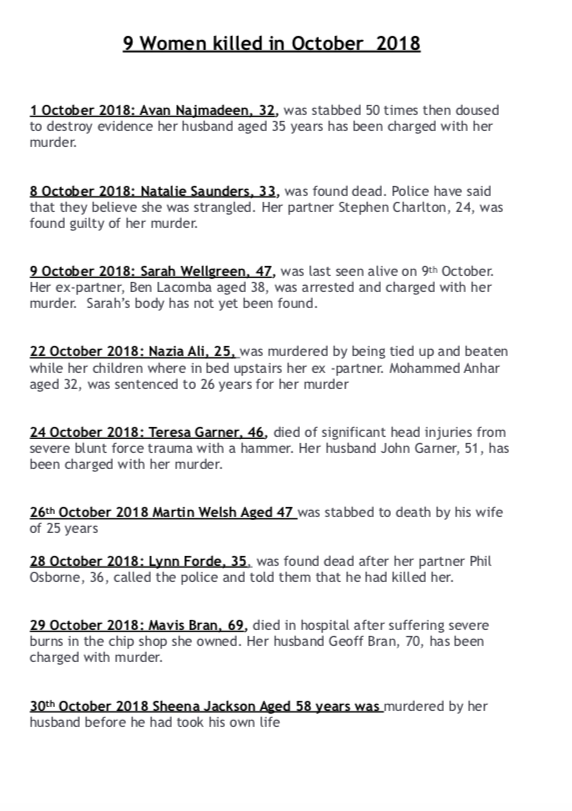 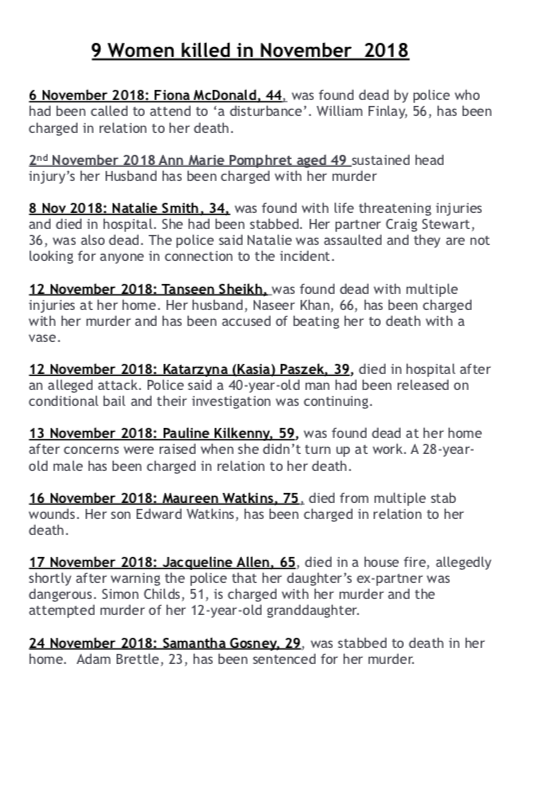 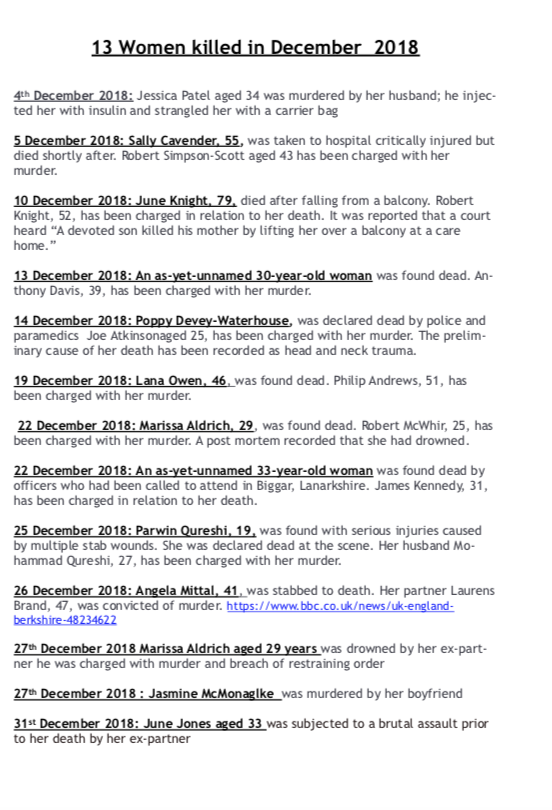