Taken from Rollin Reds, the magazine of MUDSA. 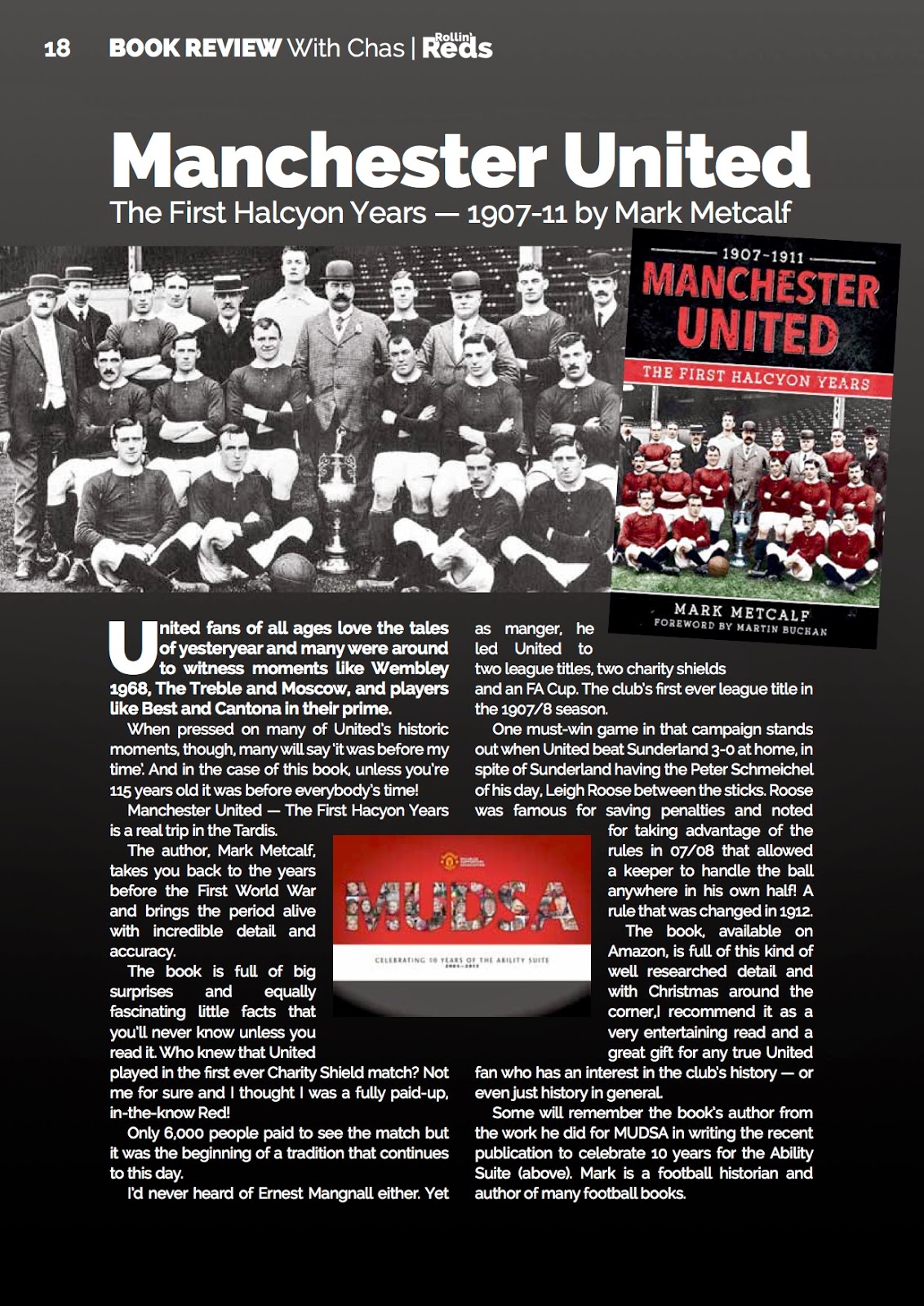 United fans of all ages love the tales of yesteryear and many were around to witness moments like Wembley 1968, The Treble and Moscow, and players like Best and Cantona in their prime.

When pressed on many of United’s historic moments, though, many will say ‘it was before my time’. And in the case of this book, unless you’re 115 years old it was before everybody’s time!

Manchester United — The First Hacyon Years is a real trip in the Tardis.

The author, Mark Metcalf, takes you back to the years before the First World War and brings the period alive with incredible detail and accuracy.

The book is full of big surprises and equally fascinating little facts that you’ll never know unless you read it. Who knew that United played in the first ever Charity Shield match? Not me for sure and I thought I was a fully paid-up, in-the-know Red!
Only 6,000 people paid to see the match but it was the beginning of a tradition that continues to this day.

I’d never heard of Ernest Mangnall either. Yet as manger, he led United to two league titles, two charity shields and an FA Cup. The club’s first ever league title in the 1907/8 season.

One must-win game in that campaign stands out when United beat Sunderland 3-0 at home, in spite of Sunderland having the Peter Schmeichel of his day, Leigh Roose between the sticks. Roose was famous for saving penalties and noted for taking advantage of the rules in 07/08 that allowed a keeper to handle the ball anywhere in his own half! A rule that was changed in 1912.

The book, available on Amazon, is full of this kind of well researched detail and with Christmas around the corner,I recommend it as a very entertaining read and a great gift for any true United fan who has an interest in the club’s history — or even just history in general.

Some will remember the book’s author from the work he did for MUDSA in writing the recent publication to celebrate 10 years for the Ability Suite (above). Mark is a football historian and author of many football books.
Posted by Mark at 02:10