One of football’s genuine nice guys, Niall Quinn enjoyed a distinguished playing career from 1983 to 2002 with three different clubs – Arsenal, Manchester City and Sunderland. Quinn appeared in a total of 587 competitive club games and scored 170 goals. A League Cup winner with Arsenal in 1986-87, Quinn also won a First Division championship medal in 1998-99 with Sunderland. In addition Niall Quinn scored 21 international goals in 91 games for the Republic of Ireland, winning his first cap in 1986 and his last in 2002. He twice represented his country at the World Cup finals. Niall Quinn was awarded an honorary MBE at the end of his playing career after he donated all the receipts - of more than a million pounds - from his Ireland - Sunderland Testimonial match that was played before 37,000 fans at the Stadium of Light. Today, after stepping down as the Chairman of Sunderland AFC, Niall Quinn is a respected commentator with Sky Sports and a successful businessman. 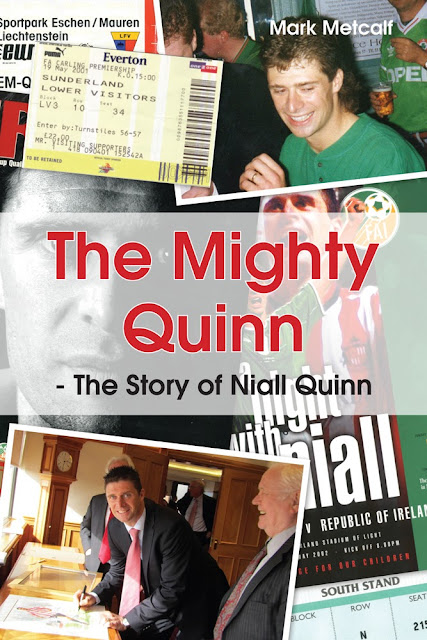