Interview with Hazel Danson, the National Union of Teachers National Executive member for West Yorkshire.
You work in a small school - do such schools face an uncertain future?
I think lots of schools currently face an uncertain future. Small schools are always vulnerable, because per pupil they are seen as more expensive. They do though serve a particular need as they are often at the heart of their local communities, ensure young children are not forced to travel long distances and have a record of providing a good level of education.


All areas of the country, whether in an urban or a rural setting deserve a good local school. Providing one is becoming more difficult. Because as schools are persuaded, for mainly financial pressures, to move over to academy status that reduces the local education authorities [LEA’s] ability to support schools and provide services. The consequence is they can’t look ahead, can’t develop a support plan that takes into account changing demographics and it also means schools that might require intervention and long term support are left to fend for themselves.
It’s a recipe for disaster, but nevertheless the Government seems set on abolishing LEA’s, leaving 25,000 stand alone institutions at the mercy of private companies offering to carry out, at a profit, essential planning, administrative and financial support. Lincolnshire would appear to be the ideal Tory model, as there schools that ring up for support are referred to a list of private consultants. Money that should be spent on teaching will be increasingly spent outside the classroom. 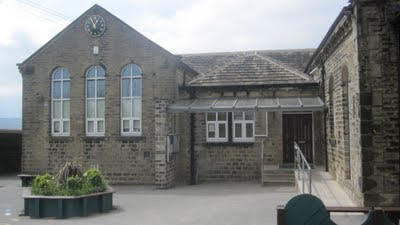 In his October 2010 budget speech Chancellor George Osborne announced that between 2010 and 2014 the schools budget would rise “by 0.1% in real terms, up from £35 to £39 billion.” Children’s education was to be protected - has that proven to be the case?
NO. On school budgets then people are very nervous, and the impact is that many schools are looking to move across to academy status. [1] They are doing it because of a perceived short-term increase in funding. It’s a mistake as there are no guarantees, with the free schools and academy changes then the 0.1% is going into some schools budgets but it’s being used as a bribe - at the moment schools that choose to become academies are getting more money than they should despite the Education Secretary Michael Gove saying no school should profit from such a move.
Free schools are even worse. If you are going to give a group of people a load of money to establish a school where there’s no identifiable need for that school then that money comes from funds that would have gone to local authority schools. I find that grotesque.
In Kirklees what we’ve got is an independent, fee-paying private school who applied and from September will open and will expand as a free school with state money that should have gone to the state schools locally.
That school became a free school because it had falling numbers, as in an economic crisis people can’t afford the fees, and now they can open up without making a charge. As soon as you destroy local authorities ability to plan educational services then you create chaos. 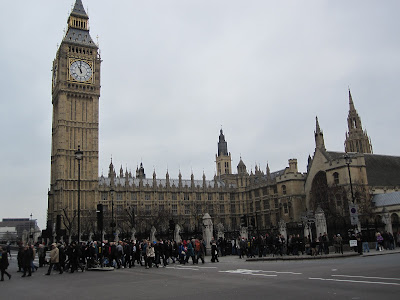 How do you view the government’s announcement of a review into teaching standards?
Every government seems to want to change things. They all seem to fail to recognise that where you have high performing systems it goes hand in hand with well qualified and well paid staff. Places where classroom teachers and school staff are held in high regard. We have had teacher bashing from a succession of governments that have undermined this.
So what you need to improve standards of teaching is to recognise the professional standards of teaching and invest in teacher training and in continuing professional development. That’s not going to happen under the current government as until now most of the provisions made for continuing professional development have been undertaken by local authority central advisory teams of experts coming into schools and delivering high quality training. Most of this is now being cut or will be cut over the next few years.
On pay teachers are having imposed on them a two year pay freeze from September onwards, which with inflation moving towards 5% is going to mean a 10% fall in living standards.  The Government has also announced without consulting us that they’re intending altering the Teachers’ Pension Scheme, which will mean paying more, working longer and getting less. [2]
The upshot is that some might not join the scheme. That then has implications for those  already in it, because the basis of pensions is that everyone contributes in order to obtain the best investment levels to pay for the pensions. It’s very depressing all round. 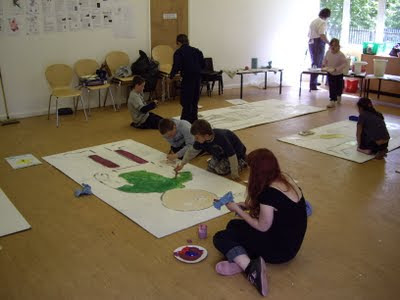 Can you foresee a situation where NUT members may be forced to take strike action to defend their terms and conditions?
Well we are balloting members of the pension changes so that’s one area.
The union has also been wholeheartedly supporting the strike at Rawmarsh Community School in Rotherham. What happened is a head teacher got into financial difficulties and didn’t manage it properly and then through no failure on our member’s part they were asked to suffer job losses. These were massive and would have impacted strongly on the educational opportunities for children at the school and so members voted for and have taken strike action. They’ve had great local support, as the community understands that you maintain quality by backing and not sacking teachers.
The action has been successful but is continuing in defence of the NUT rep Ralph Dyson, who is now the only one, threatened with being made redundant. We can’t allow those who stand up in defence of others to be victimised, it is kind of logical and the whole union sees what’s happening there.
There are other increasing actions such as in the London Boroughs of Tower hamlets and Camden where in conjunction with UNISON members there has been authority wide action in opposition to the cuts. In teacher’s case we are opposed to cuts in central services and all the support services teams that provide help for children who experience problems with their hearing, traveller children and ethnic minorities.
Local authorities are claiming that such cuts won’t affect front-line teaching but it does affect you when you stack up all the people who are providing the support and curriculum advice.
The aim is to stop the cuts being made to essential services when there is an alternative. It’s well rehearsed that there is an alternative to rapid and deep spending cuts. You look at increasing tax revenues - a Robin Hood tax on bank transactions would increase the amount, which could be spent on public services. You’ve also got tax loopholes that can be tackled and closed, as well as tax evasion and avoidance. Yet at the same time this is happening the government sacks the civil servants who are charged with closing these loopholes.
In a good society you value services that are free and equitable for all. So when you viciously attack people’s access to public health and education, which are the cornerstones to what I feel make a really good welfare state, then we are in a situation where we’ve never been in our lifetimes. It’s an agenda that’s ideologically driven and one I feel is designed to take back many of the gains ordinary people have made since the end of the Second World War.
It’s not just in Britain, however, where education for all is under attack. It’s part of a neo-liberal agenda as we’ve got the World Bank saying that education is one of the biggest untapped profit making sectors.
Why is the NUT opposed to academies as they enjoy the support of all the main political parties?
No they don’t. The Liberal Democrats have voted at their conference to oppose academies, whilst the Labour Party is opposed to the new style and many grass roots members are also uncomfortable with them per se. I think we are seeing a shift in the Labour Party attitude to what is happening in terms of the rapid increase that Gove is promoting.
Free schools have been successful in Sweden - why not here?
Have they been a success? The Government would like everyone to think so but the last Organisation of Economic Co-operation and Development report found Sweden has slipped down the rankings. So much so that the government there is concerned about the impact of the free school movement and is currently undertaking a reassessment. 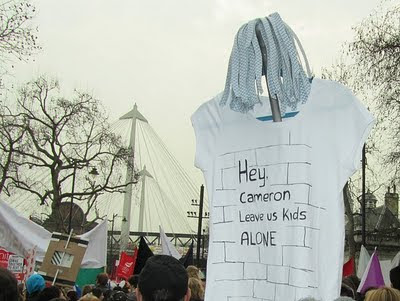 Has parents ‘right to choose’ which schools to send their children to been a success?
Has it seen standards rise? The evidence doesn’t back the idea that market forces, and freedom of choice, will drive up standards. What does is highly qualified and trained staff - both teachers and support staff - a good learning environment, good leadership and management within the school and good support from local authorities. These things improve standards, the idea that schools should compete against each other doesn’t.
It’s also red herring, what most parents want is a good local school and particularly in areas outside of London and urban areas the sort of choice argument is a diversion as by and large children go to their local school. They don’t have the option of using the tube to get across town to go somewhere with a posher name and a uniform. Is it a success? I don’t think its increased educational standards. 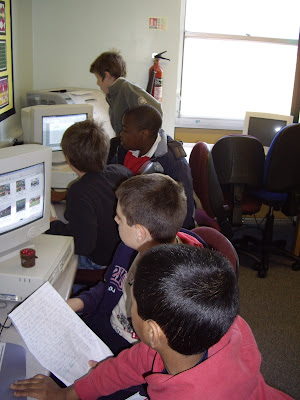 Did the coalition government have any alternative to scrapping Labour’s Building Schools for the Future programme?
Yes it did. The coalition government is obsessed with cutting and I think they want to use the money saved to fund free schools.
You’ve schools in need that were promised funding and these things take hours of time, effort and planning. You had well prepared plans in place and these were just pulled without even the courtesy of a phone call beforehand. It was bizarre. Gove has since been challenged and has lost a couple of court cases, but behind their plans is the fact that the government doesn’t want money being spent over which local authorities have some control.
Now it’s under government control they will allocate it.  Toby Young will be getting his hands on that money for the West London Free School and yet we have still got some schools in the country where the buildings are not fit for purpose.
Is the London Olympics 2012 making an impact on school sports?
It was but the loss of the majority of Schools Sports Partnership funding is a big blow. It’s true that pressure forced the government into a partial climb-down whereby they returned some of the funds, but the cuts will still see many highly developed projects being scrapped. 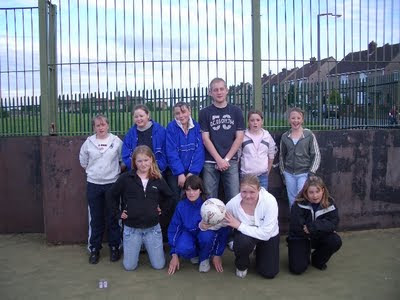 [1] A survey of 1,471 secondary schools, published by the Association of School and College Leaders during their weekend conference, revealed that almost half are intending to convert to academy status (38%) or have already done so (8%).
Of these, 72% cite financial gain as the reason. Greater freedom and autonomy were mentioned by 58% of the group, and dissatisfaction with the local authority by 24%.
[2] In April delegates to the NUT conference backed a ballot for strike action in the summer term. The moves followed a series of unproductive meetings between the government and the TUC after the former announced without consulting teaching unions that it intended pushing up the retirement age to 68 and replacing the final salary scheme with a career average one.
As each teacher will also be expected to contribute around £100 a month extra the fear according to Jim, a NUT rep in the northeast, is that “not only will older teachers lose out by a considerable sum when they retire but younger people who might previously have considered becoming teachers will now look elsewhere for a better paid job.”