112 years ago today, Bury had their largest crowd for a replayed FA Cup match with Sheffield United, the first match having finished 2-2 at Bramall Lane. 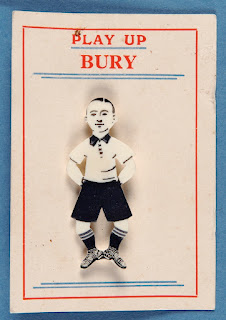 1900 FA Cup Third Round replay
Thursday March 1st 1900
Having given themselves a great chance of making the semi-finals of the FA Cup for the first time Bury were assured of a good crowd for the replay. In fact events off the pitch, thousands of miles away in South Africa, transpired to create what is almost certainly the largest crowd ever seen at Gigg Lane, beating even the record gate of 35,000 that was set sixty years later for another FA Cup game, this time against Bolton Wanderers.
Great rejoicing had accompanied the news received on the evening of February 28th that the siege of Ladysmith in South Africa had been ended after 118 days of increasing privation amongst the inhabitants, the Boers having failed to breach the town’s defences. The news came only weeks after the slaughter at the Spion Kop. 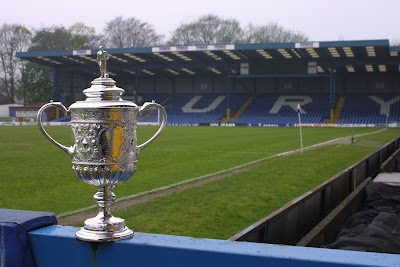