List of Feminist Literature
With thanks to Carol M
“Women have burnt like beacons in all the works of all the poets from the beginning of time. Indeed if woman had no existence save in the fiction written by men, one would imagine her a person of the utmost importance; very various; heroic and mean; splendid and sordid; beautiful and hideous in the extreme; as great as a man, some would say greater. But this is woman in fiction. In fact, as Professor Trevelyan points out, she was locked up, beaten and flung about the room. A very queer, composite being thus emerges. Imaginatively she is of the highest importance; practically she is completely insignificant. She pervades poetry from cover to cover; she is all but absent from history. She dominates the lives of kings and conquerors in fiction; in fact, she was the slave of any boy whose parents forced a ring upon her finger. Some of the most inspired words and profound thoughts in literature fall from her lips; in real life she could hardly read; scarcely spell; and was the property of her husband.”
Quote from Virginia Woolf

The Ragged Trousered Philanthropist
Written by Robert Tressell (pseudonym of Robert Noonan) (first published 1914)
Probably not the first book that most feminists would recommend, but Tressell’s work, though decidedly male-centric, is a beginning for understanding the position of the working class in the global capitalist scheme of things and, in turn, reflects strongly on the relative position of women in that scheme. ‘The Money Trick’ is an eye-opener in itself. It speaks volumes that, in the first edition, the printers removed much of the socialist ideology and that the unabridged edition was not printed until 1955. As one reviewer suggested ‘This book changes lives.’..

A Vindication of the Rights of Woman: with Strictures on Political and Moral subjects
Written by Mary Wollstonecraft (first published 1792)
Penned at a time of great social and political upheaval in Europe and the Americas, Wollstonecraft, whilst at no time directly advancing the idea that men and women are equal, does call for equality between the sexes, especially in specific areas of life. She was galvanised into a response by a report to the French National Assembly, suggesting that it was unnecessary for women to receive a full education, and that it be only required that women have a ‘domestic education’. Despite its drawbacks, her book made a significant impact on the fight for women’s rights. 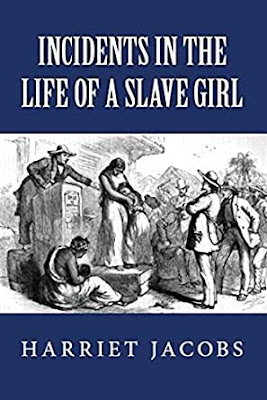 Incidents in the Life of a Slave Girl, written by herself
Written by Harriett Jacobs, using the pseudonym Linda Brent
(first published 1861)
‘Incidents’ is an autobiography of a woman slave and how she gained freedom for herself and her children. She writes of the abuses endured and her attempts to raise and protect her children. 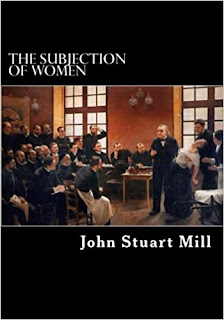 Yes, this book was most definitely written by a man, but in its defence, I should say that Mill himself gave over credit to both his deceased wife and his daughter for the arguments postulated. At a time when British society looked on women as, very literally, the weaker sex, the publishing of any book in vindication of the rights of women was to be applauded. Mill effectively argues that keeping half of humanity unable to contribute fully to society is a hindrance to future development. His views, of course ran contrary to the social norms of the time, but Mills advocates a ‘system of perfect equality, admitting no power and privilege on the one side, nor disability on the other.’ 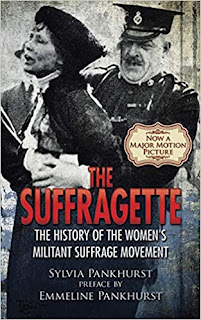 The Suffragette: The History of the Militant Women’s Suffrage Movement 1905-1910
Written by Sylvia E Pankhurst (first published 1911)
Looking back at the history of the time through the pages of this book, the question arises – why was the Establishment so hell bent on denying what is now so obvious to us all?

The Second Sex
Written by Simone de Beauvoir (first published 1949)
Trying to squash the enormity of this book into a few words would be to dismiss its true relevance. Best I can do is a quote from Simone de Beauvoir herself: ‘….it is not women’s inferiority which has doomed them to historical insignificance: it is their historical insignificance that has doomed them to inferiority.’ An excellent and illuminating read.

The Feminine Mystique
Written by Betty Friedan (first published 1963)
In this book, Friedan challenges the accepted assumptions of the time about women’s fulfilment in the role of wife, mother, housekeeper, illustrating that women did indeed want more – an education, work, political opinions. This and the previous book are seen as the catalyst for a second wave of feminism.

Sisterhood is Powerful: An Anthology of Writings from the Women’s Liberation Movement.
Edited by Robin Morgan (first published 1970)
As the name suggests, a collection of writings from feminists such as Joreen (Jo Freeman) Marge Piercy, Frances M Beal (author of ‘Double Jeopardy – To Be Black and Female’) and others. This publication was followed up by ‘Sisterhood is Global – The International Women’s Movement Anthology’ (1984) and ‘Sisterhood is Forever: The Women’s Anthology for a New Millennium’ (2003). Powerful stuff. (Best accessed from the library or possibly a second-hand book shop – they are all a bit expensive these days). 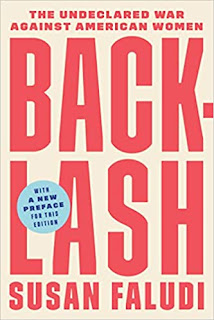 Titled after the 1851 speech given by Sojourner Truth, American abolitionist and women’s rights activist, Hooks examines the effect of racism and sexism on black women. I feel unqualified to speak to this book, except to say – you should read it!

Backlash – The Undeclared War Against American Women
Written by Susan Faludi (first published 1991)
Whilst Faludi aimed this book at American women, it is quite clear that she speaks about all women in the eyes of the media. She identifies backlash as a historical trend, recurring when women have made substantial gains in their fight for equality.

This is by no means a definitive list – there are hundreds and hundreds of worthy books, pamphlets, novels, theses, poems, polemics and one-line jokes which highlight the cause of an ongoing women’s movement. Three steps forward, two back – but we do continue to move. The following books are novels. Each one is, in my opinion, most deserving of a place on any list of feminist literature. Novels often have the ability to change minds and shape lives where more academic writings fail.
Fear of Flying – Erica Jong (published 1973)
The Women’s Room – Marilyn French (published 1977)
The Color Purple – Alice Walker (published 1982)
Saman – Ayu Utami (published 1998)
Tipping the Velvet – Sarah Waters (published 1998)
Stolen Sunshine – Smita Jhavar (published 2002)
The Woman in the Photograph – Stephanie Butland (published 2019)
Kim Jiyoung, Born 1982 - Cho Nam-joo (first published 2016, in English 2020)
….and so many, many more.

Battleship Potemkin/Strike  :  Both Sergei Eisenstein, 1925, USSR  :  Two classics from the early period of the 1917 Bolshevik revolution.  Lots of iconic imagery/scenes that will be instantly recognised.

Grapes of Wrath  :  John Ford, 1940, USA.  Fantastic adaption of the John Steinbeck novel of the Great Depression.  Moving in parts and testimony to the resilience of the working class.

Peterloo  :  Mike Leigh, 2018, UK.  Account of the massacre at a suffrage rally in St Peters Field Manchester in 1819 where cavalry charged a peaceful crowd leading to a number of deaths and hundreds of injured.  Labelled the bloodiest event in English political history.

Culloden :  Peter Watkins, 1964, UK.  Documentary style treatment of the events that took place at Culloden near Inverness in the Scottish Highlands.  The destruction of the Jacobite Army on 16.4.1746 and the slaughter of the clan army by the royalist troops led by the Duke of Cumberland ( ‘the butcher’) led to the collapse of the clan system, the end of the rebellion and, ultimately, the Highland Clearances.

All Quiet on the Western Front  :  Lewis Milestone, 1930, USA.  Arguably the finest anti-war film ever made.  Classic adaptation of the novel by Erich Maria Remarque about the stresses and futility of war

The Chess Players/An Enemy of the People  : Satyajit Ray, 1977 and 1989, India.  Two from Ray who many regard as the finest of India’s filmmakers.  Aspects of the colonial struggle illustrated in both.

The Miners’ Hymns  :  Bill Harrison, 2010, UK.  Very beautiful elegy to the people of the Durham coalfields.  Wonderfully atmospheric and a fine memorial to working class people and place.