My heritage work with the PFA

My heritage work with the Professional Footballers Association (PFA) 2016 - 2020

A)    2016: a plaque to the first ever goalscorer in the football league

In November 2016 the PFA financially supported the blue plaque unveiling that celebrated Bolton Wanderers’ Kenny Davenport as the first ever goalscorer in the football league.

The goal, originally thought to have been an own goal by Aston Villa’s Gershom Cox, was revealed in 2013 when myself and Robert Boyling from the British Library discovered that the kick-off in the Aston Villa game had been delayed.

This meant that Davenport’s goal at 3:47pm on September 8, 1888, for Bolton Wanderers against Derby County signified the first ever football league goal.

The plaque, which was placed in the same area as Wanderers’ former ground, Pikes Lane, was unveiled by Robert and myself in November 2016  with the Mayor of Bolton, and Kenny Davenport’s family in attendance.

I was quoted as saying at the time:

When I was writing my Origins of the Football League book that was published by Amberley I didn’t quite buy that Gershom Cox was the first ever goalscorer in the football league.

Following the unveiling, which was screened live on Granada News, Robert and myself along with my son, Charlie, and PFA Chief Executive, Gordon Taylor, were also welcomed onto the pitch at half-time during Bolton’s 1-0 victory against Coventry City.

This is such a significant occasion as we gather to celebrate a key moment in Bolton Wanderers football club.

Kenny Davenport was the first Bolton player to play for England and was part of the first group of footballers to become professionals in 1885.

The blue plaque is visible on the Lostock Electrical Projects Company building on Bankfield Street.

B)    2018: Overseeing the blue plaques and murals in Blackpool to England stars Jimmy Armfield and Frank Swift

On 6 September 2018, the 1958 Munich hero Harry Gregg made the trip by car and ferry to Blackpool to unveil a plaque at Revoe Library to the Manchester City and England legendary keeper Frank Swift, who on 6 February 1958 sadly perished at Munich airport.

This was one of two blue plaques unveiled on the day. The other was at the nearby Lune Grove entrance of Revoe Learning Academy, which both attended and where twin murals, designed by the current pupils, of the players have also taken pride of place in the new sports based playground. Families of both men attended on the day and the event was attended by a number of football fans of various teams.

I co-ordinated the work to honour these two great players in which the PFA, Blackpool Civic Trust, the school and the two men’s families all worked together to bring to fruition an idea first mooted by Frank’s late daughter Iris to myself when I was writing a biography of her father that was published by DB publishing.

The book Flying Over an Olive Grove: the remarkable story of Fred Spiksley, a flawed football hero by myself and Clive and Ralph Nicholson that was first published by Red Axe in 2016 has long since sold out. A paperback edition is set for release by Pen and Sword Publishers in the summer of 2021. The work is now the background to the film on the early history of professional football by Rough Jersey Productions that I set up with the assistance of Clive Nicholson. http://roughjersey.com/

Before moving on to Sheffield Wednesday, Spiksley was a star at his hometown club of Gainsborough Trinity from 1887-1891. In 2018, Trinity decided to put up a plaque at their ground to commemorate him and it was unveiled by Jason Lee from the PFA.

In October 2019 a red Manchester City Council plaque was unveiled at the school of former pupil John Aston senior, the great Manchester United player and coach who also played for England on many occasions. The chief guest was Brian Kidd, who spoke warmly about how John Aston senior played a great part in developing his talents when he was a young player at Old Trafford in the 1960s. European Cup winner  John Aston junior, who in the weeks leading up to the unveiling had spoken, along with myself, to all the pupils currently at the school, was deeply touched at the day’s events at which Denis Law was present along with a number of former professional footballers including Gordon Taylor, the PFA Chief Executive. Also present were a number of two current school pupils and they gave great speeches.

I was delighted to see the work I had played in co-ordinating the above unveiling prove so productive.

Thanks to the PFA it is proposed to unveil plaques to Joe Mercer and Stan Cullis at Cambridge Road Primary School that they attended in Ellesmere Port. In early November 2020 I co-ordinated a meeting, at the school and a series of events are being planned surrounding the planned unveilings, which it is great to report will be attended by descendants of these former great players and managers.

Coach Bert Whalley was tragically killed at Munich on 6 February 1958. Before moving in 1934  to Old Trafford as a player, Bert played for Stalybridge Celtic and where the club has agreed to unveil a plaque to honour him prior to a pre-season friendly game on 7 August 2021. Further events are to be organised by the club in conjunction with the PFA. 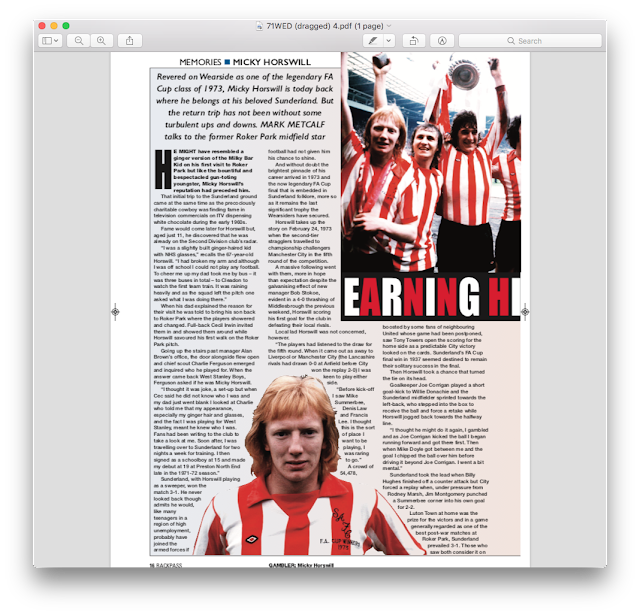 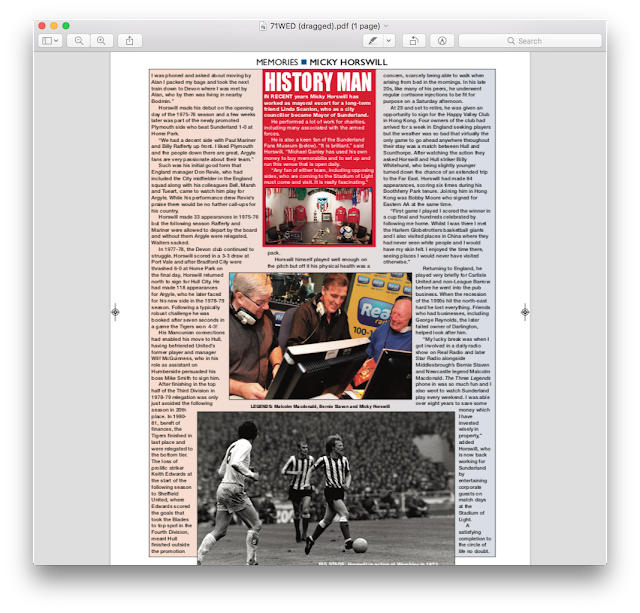 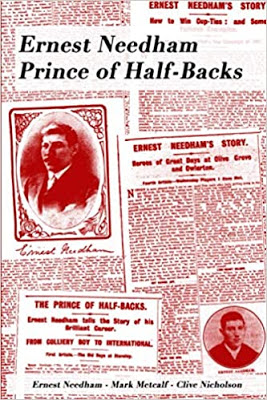 How to contribute financially towards the Halifax 1842 plaque 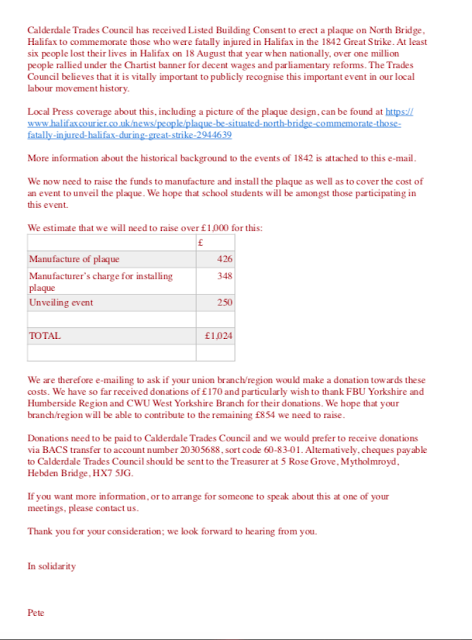 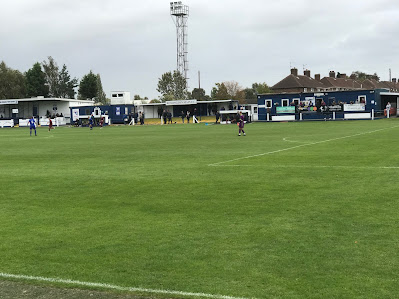 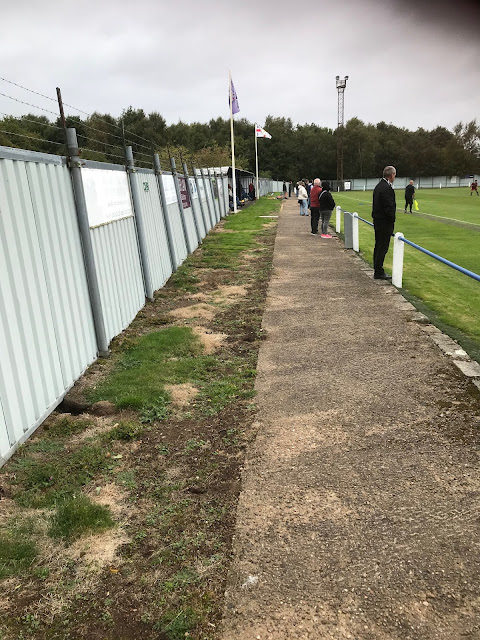 I am set to write a booklet on Sean’s life for the Unite Education department. Sadly, Sean, died on 6 May 2020, aged 63. He has left behind a number of people who deeply miss him. (*) The labour and trade union movement has also lost a real inspiration.

Sean wrote a blog (**) from 2010 that contains hundreds of articles up until the end of 2018 when his prolific output faded with just a couple of pieces in 2020.

If you want to know about the attacks being mounted on disabled people by the ConDem coalition between 2010 and 2015 and then the Tory government from 2015 onwards then it is a mine of information.

It also shows how New Labour never really bothered about opposing these attacks. Not so Sean, plus those he inspired to fight back, who refused to accept the unnecessary austerity agenda, which has seen the rich rob the poor.

Sean worked tirelessly to defend and extend the public services and welfare resources that are needed to enable disabled people to participate fully across society. By understanding the need for unity in the face of a common enemy he did all this work by also seeking out support for other marginalised groups facing attacks on their rights and living standards.

The blog is also packed with everyday observations and Sean’s dry sense of humour, which he could skilfully utilise to attack his political opponents, shines through to create a fair few laughs.

I have already made contact with Sean’s sister, Colette, who has promised to help in whatever way possible. I also have a growing list of people to interview and I will be expanding on this in due course. I have around another 100 articles from the blog to read.

If you want to know more and/or to contribute to the work then please get in touch.

* I can’t hope to match this obituary of Sean that was in the Morning Star from his former partner Claire Glasman.

** bombasticspastic.blogspot.com : A look at life's quirkiness through a jaundiced eye and a mind open to all except that to which it's hermetically sealed...