AGRICULTURE AND ALL THAT

When YouGov-Cambridge conducted a poll in 2012 they found that 82 per cent of people have a special place in their hearts for agriculture. However the poll also revealed that only 28 per cent of people feel they know much about the sector. So congratulations to the Oxford University Press for supplying a book that explains it all.

The authors are experts Paul Brassley, who has taught agricultural economics for over thirty years, and Richard Soffe, director of the Rural Business School at Duchy College. Unite’s Charlie Clutterbuck helped on the manuscript.

Charlie Clutterbuck is a soil scientist and the book starts by examining soil which is 'a complex mixture of air, water, minerals, and organic matter that has evolved, in many cases, over thousands of years.' What matters for a farmer is the texture and structure of the soil, which physically supports growing plants and supplies water to their roots.

Humans live on plants and the first chapter looks at how plants grow, what stops them doing so, how growth can be improved and also examines major crops and cultivation systems employed by farmers seeking to increase productivity.

This is, of course, a life or death subject because when things go wrong, like they did in mid nineteenth century in Ireland with the potato blight that was caused by a fungus, it has a disastrous consequences for millions.

Chapter 2 looks at the small number of animals that humans have domesticated and examines what farmers need to know about feeding, breeding disease control and production systems in order to make them grow quickly. Whereas breeders historically worked by eye and memory, today animal breeding can be a highly scientific process that has revolutionised livestock production by bringing about genetic change.

In the past farmers struggled to produce sufficient food for their families. In some parts of the world that remains true today but in most countries, farmers spend much of their time selling their excess supply and chapter 3 considers how the markets, local and international, operate so the food we need to live on makes its way into the shops and restaurants at a price we can afford to pay.

Chapters 4 and 5 examine inputs into agriculture. Left to itself land will produce only enough food for a tiny number of people. Modern and traditional farming, the latter summed up by John Clare in his poem The Mores: 'Inclosure came and trampled on the grave - Of Labour's right and left the poor a grave'.

The final chapter on farming futures examines the most important questions that agricultural policy makers are currently grappling with including genetically modified organisms.

The population of the world is calculated to reach 9.3 billion by 2050 and thus the race is on to raise productivity across the globe. 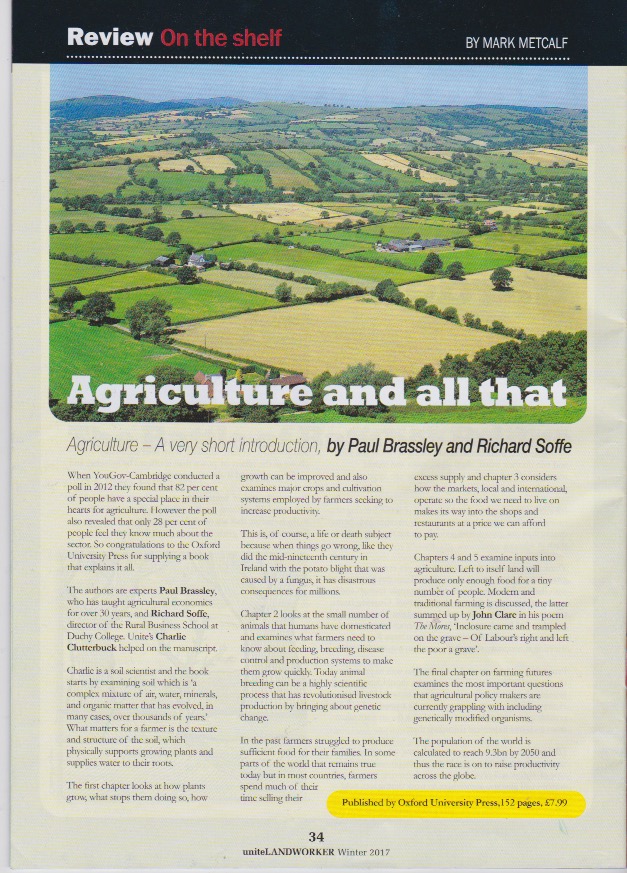 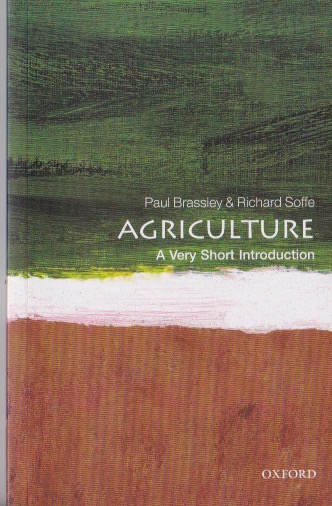