Q&A with author of DECEPTION IN HIGH PLACES

In his new book Nicholas Gilby reveals how the profits of Britain’s arms companies rely on acts of bribery and corruption that are overlooked at Westminster and can damage the living standards of developing nations. 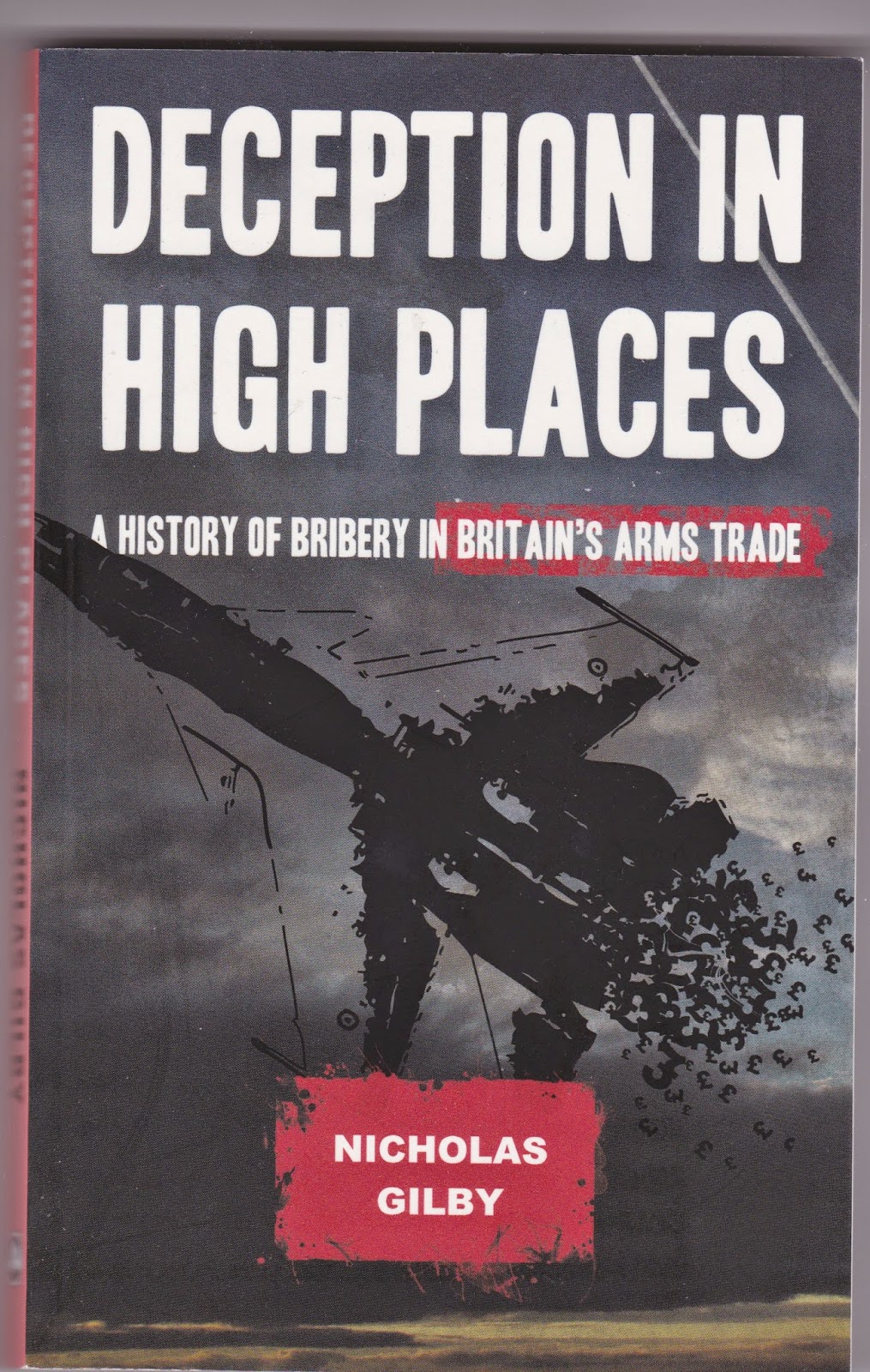 What impact can corruption have in countries where officials and agents are bribed to ensure a British arms company obtains a major contract?

It amounts to theft, by elites, of the resources of their country. If the country is poor, that means fewer or no resources for basic health or educational services, which means worse life chances for the population. In richer countries what this means is that the precious and finite natural resources they have are not deployed for the country’s development.
When dubious payments were revealed at Lockheed in the US and Associated Electrical Industries in Britain? How did the countries deal with the issue differently?

In Britain the government successfully worked with AEI to hush the matter up, and Britain’s inadequate anti- corruption laws remained intact (until 2010). In America there was a major investigation by Congress, the Securities and Exchange Commission, and a presidential task force was set up. Ultimately Congress passed the Foreign Corrupt Practices Act in 1977.
Is it a case of British governments ignoring, facilitating or encouraging corruption or a mix of all three?

In the past British governments certainly did on occasion actively facilitate corruption. Their failure to do anything about it encouraged companies to use corrupt practices. Undoubtedly they have done their best to ignore it, and still try and do so.
Has there been any difference between Labour and Tories in office when dealing with corruption?
No. Neither party has shown much enthusiasm for being at the forefront of international action against corruption in global trade. The recent passing of the tough Bribery Act 2010 only occurred after the BAE Systems scandal and serious criticisms from the Organisation for Economic Co-operation and Development.
How did the British government act when faced with an investigation into suspected corruption by BAE to secure contracts in Saudi Arabia?

They made three attempts to persuade the Serious Fraud Office to terminate the investigation. In November 2006, shortly before it ended, they warned that if their investigation continued the Saudis might cease counter- terrorism co-operation with Britain, and that “British lives on British streets were at risk”.
What role did Britain play when the US attempted in the 1970s to establish an international agreement against corruption in the arms trade?


Has the Anti-Terrorism, Crime and Security Act 2001 and OECD Anti-Bribery Convention helped clean up corrupt practices by British arms firms?

Until the factors encouraging the payment of bribes are tackled the answer must be probably not... There have been a few convictions of companies and individuals under Britain’s old anti-corruption laws, but the real litmus test will be whether the Serious Fraud Office can convict companies under the Bribery Act 2010.