Taken from Rebel Road, a record of trade union and labour movement heroes on the Unite education webpages.

Working Class Movement Library, Salford.
Tony Benn called the Working Class Movement Library (WCML) in Salford “One of the greatest educational institutions in Britain.” It is internationally recognised as one of Britain’s most important collections of working class history as embodied in the trade union movement, the co-operative movement and the political parties and campaigns of the left.
The library, which is wheelchair accessible, is built upon the personal collection of Ruth and Edmund Frow and its forty rooms hold tens of thousands of books and pamphlets, as well as archives, posters, banners, newspapers, photographs and artefacts. This extensive collection means that over 200 years of organising and campaigning by ordinary men and women for social and political progress is maintained.
The WCML has library exhibition space which hosts an array of information displays, open to the public. Anyone who wants to study in the library should ring in advance in order that staff can assist in ensuring all relevant materials are available from its extensive catalogue. The WCML also hosts regular talks, lectures and guided tours. A range of pamphlets is published each year and there is a library e-newsletter.
The library receives a very small sum of public money each year and as an independent charity it largely relies on donations from individuals and trade unions with occasional grants from trusts such as the Esmee Fairbairn Collections Fund.
Working Class Movement Library, Jubilee House, 51 The Crescent, Salford M5 4WX
www.wcml.org.uk
enquiries@wcml.org.uk
0161 736 3601
@wcmlibrary 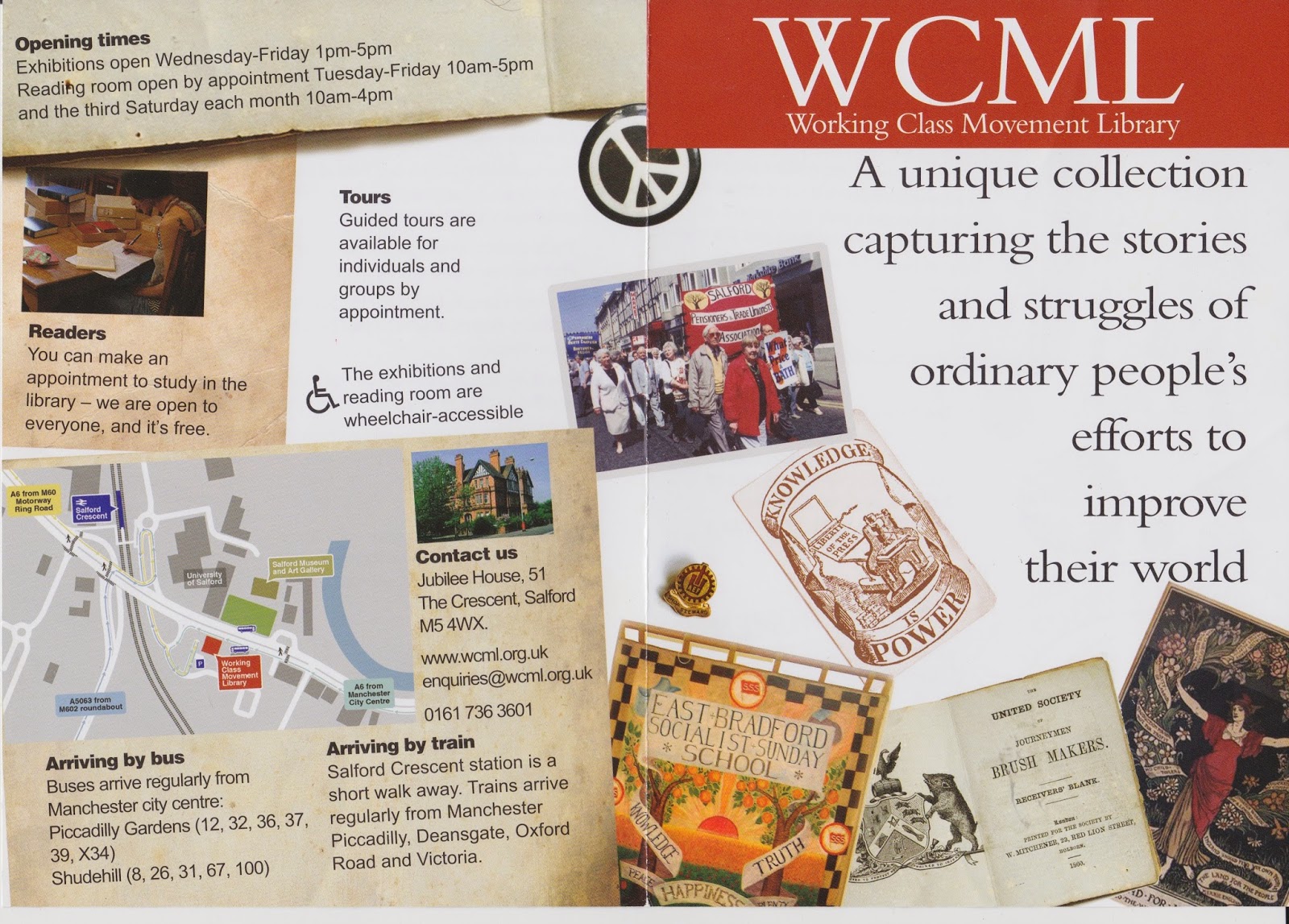 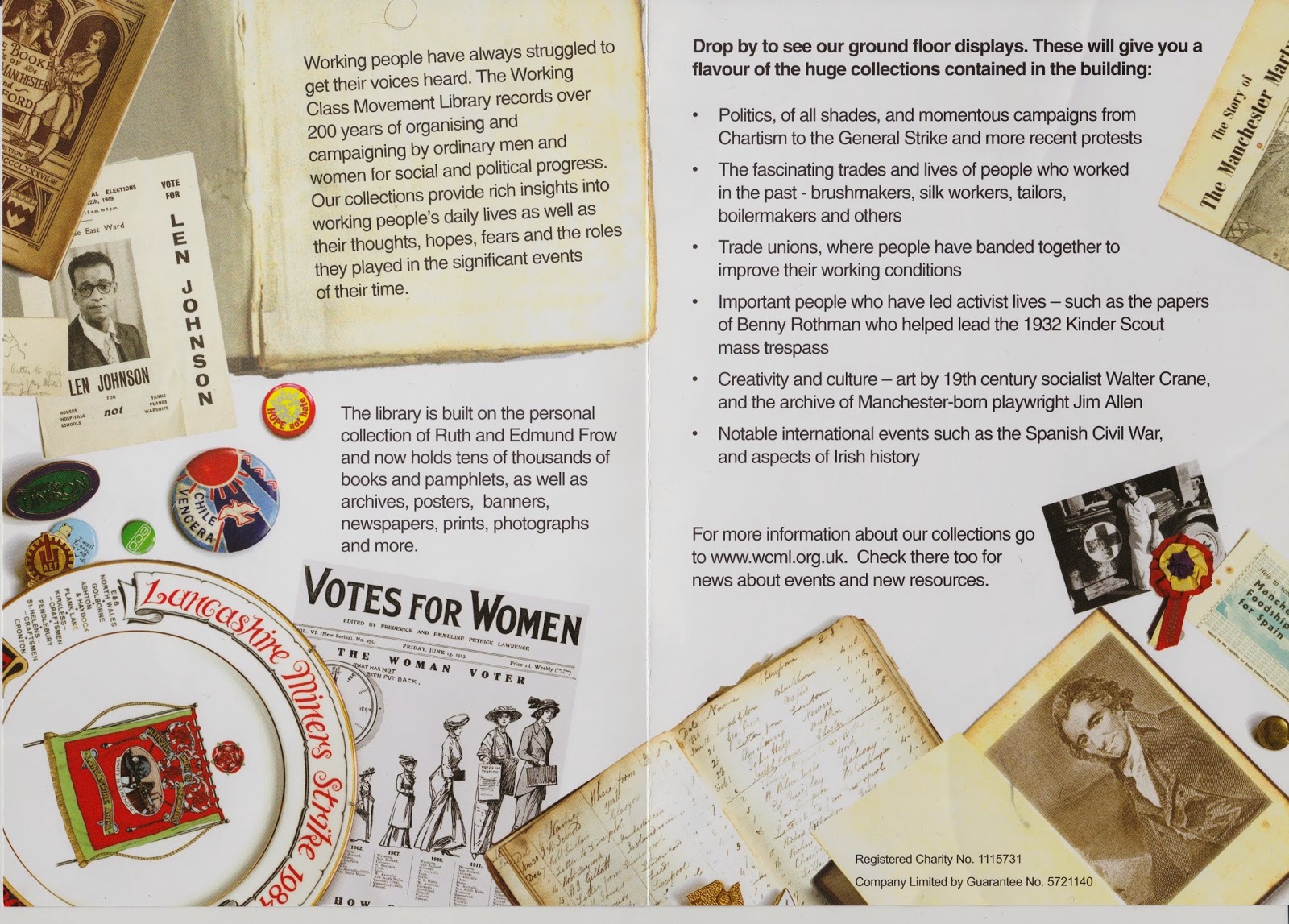