All fenced in - the Liberal Democrat Sheffield Conference 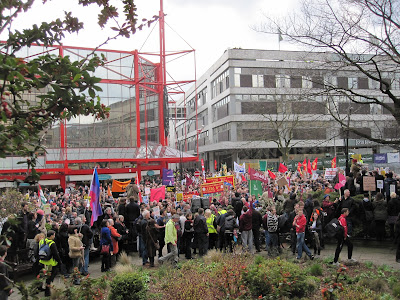 Around 4,000 people were on the march in Sheffield today in protest against the coalition government's cuts package. A noisy protest was held outside the Liberal Democrat conference at the City Hall that was  ringed by 8' high fences and protected by hundreds of police officers drawn from right across Yorkshire.


Amongst the demonstrators was Unite steward Tony Wood, a worker at Hallamshire hospital where it’s clear that David Cameron’s pre-election poster pledge to ‘protect the NHS’ hasn’t lasted a year with plans to shut five of the hospital’s 26 wards. Bad news therefore for Sheffield residents with patients being pushed through so quickly that many are later being re-admitted. So good to see that it’s not being taken lying down with the launch of Sheffield Save Our NHS - www.sheffieldsaveournhs.co.uk to give organisational muscle to people’s efforts.
Joining Wood on the demo was Altaf Arif from Bradford angry at “the coalition government’s willingness to attack the most vulnerable in our society whilst turning a blind eye to billionaires who are avoiding paying their taxes by moving their money abroad. “
People like Philip Green, who despite running the Arcadia group behind High Street stores such as Top Shop and Burton is still legally entitled to list it in his wife’s name in Monaco. As a result of which when he awarded himself £1.2 billion in 2005 an elaborate system of offshore accounts helped Green save £300 million in tax.
The fact that Cameron and Clegg are not going to move against the likes of Green whilst cutting back on public services and slashing welfare benefits is a clear demonstration that we are ‘not all in this together.’ Now the fight is on to stop the coalition government from destroying the, admittedly not perfect, welfare state that was created at the end of the Second World War 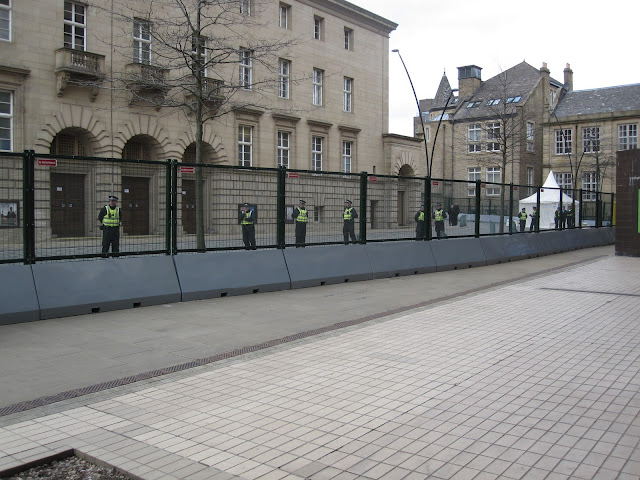